Electromagnetic Vulnerability (EMV) testing of ground vehicles and helicopters is (by necessity) performed in the immediate presence of ground surfaces (natural earth, asphalt, concrete, ship decks, and other finitely conducting grounds). The impact of the nature of these grounds on the EM coupling to the various vehicles being tested is the focus of this work. As one approach to addressing these issues quantitatively, personnel at Redstone Test Center Electromagnetic Environmental Effects (RTC/E3) Division have combined measurements on a semi-canonical physical structure along with EM modeling. In particular, a hollow 25 foot long, 4 foot diameter aluminum cylinder with a finite slot (~8 in wide) running along its entire length is positioned over (and near to) a finite conducting ground plane. Measurements of the electric fields produced both in the slot aperture and inside the hollow cylinder by an external log period dipole antenna (LPDA) positioned (broadside to the horizontal cylinder) approximately 5\,m away radiating both vertical and horizontal polarizations, respectively, are presented and discussed. The entire experimental setup (aluminum cylinder, finite aluminum ground plane, and radiating LPDA) are enclosed inside an RF anechoic chamber (inside dimensions between the respective tips of the anechoic pyramids of approximately 19 m х 9.0 m х 5.0 m). A moment method model (CARLOS) is also developed and the fields in the aperture and inside the cylinder are compared to the measured fields. 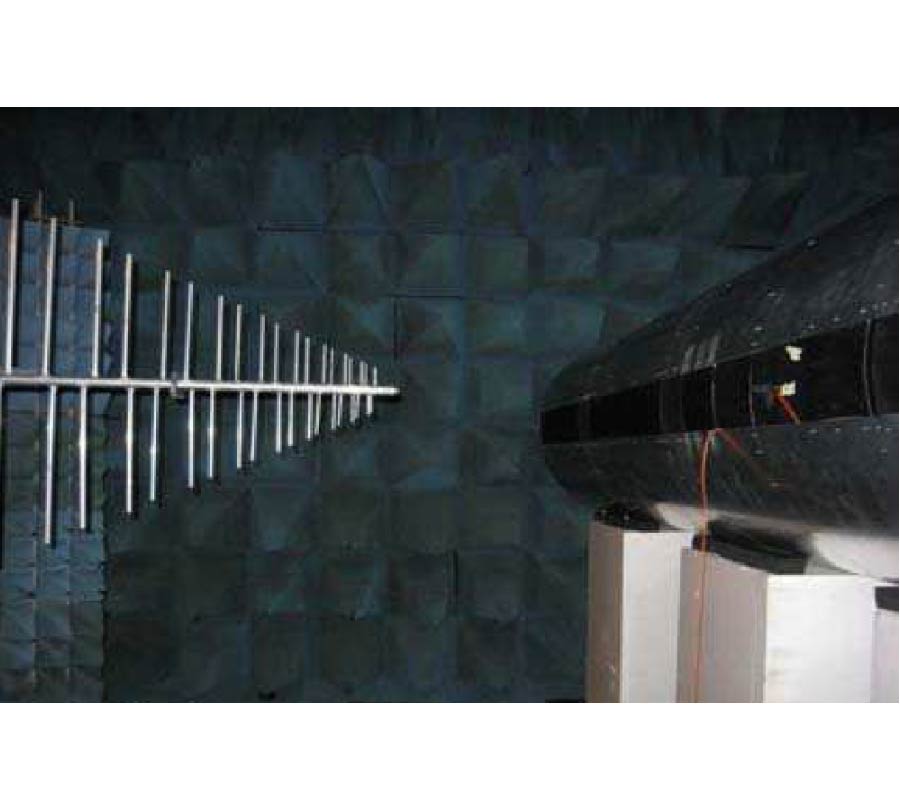