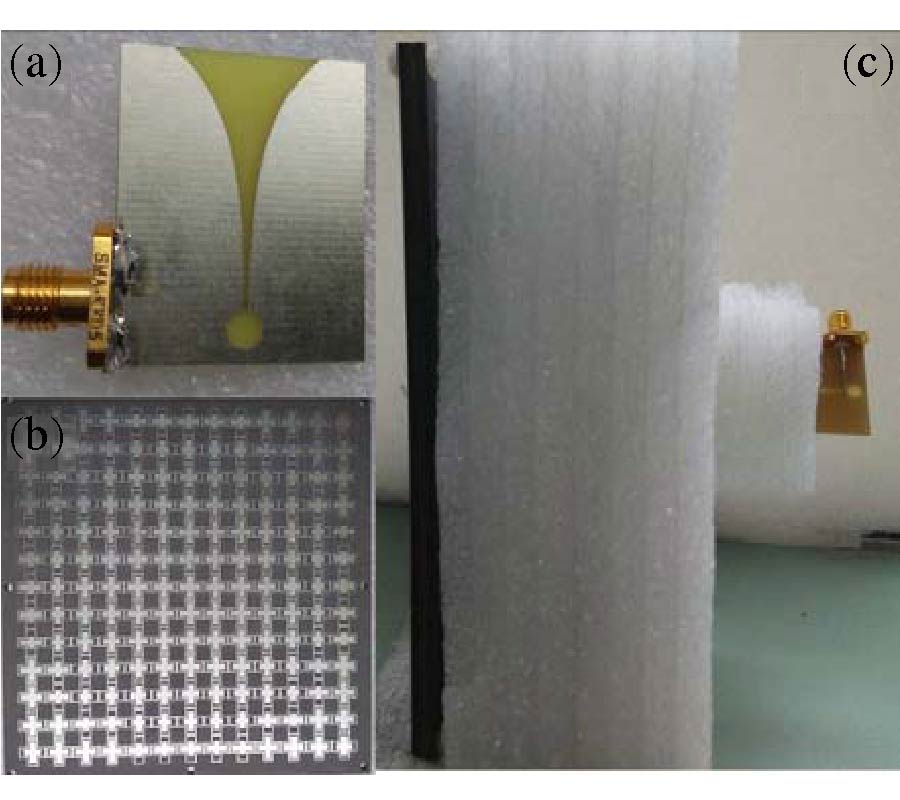 We propose a wideband multifunctional device which combines a linear-to-circular polarization convertor with focusing metasurface. The proposed design is built by a novel dual-layered metal cross and cross ring unit cell which exhibits satisfying performance for controlling the reflecting phase of the electromagnetic wave polarization-independently. The device is illuminated by a Vivaldi antenna, and the functions of polarization conversion and gain enhancement have been simultaneously achieved in the band of 9.12-10.2 GHz. In addition, the polarization helicity of the system can be reconfigured by rotating the feed antenna. The device has not only greatly presented the flexibility and superiority of the metasurface in steering the electromagnetic waves, but also promoted the development of the multifunctional metasurface.

An ultra-compact chiral metamaterial (CMM) using triple-layer twisted split-ring resonators (TSRRs) structure was proposed, which can function as a multi-band circular polarizer. This ultra-compact structure can convert an incident linearly y-polarized (x-polarized) wave propagating along the -z (+z) direction to the transmitted left circularly polarized (LCP) waves at 7.28 GHz, 13.22 GHz and 15.49 GHz while the right circularly polarized (RCP) waves are at 9.48 GHz. In addition, the large polarization extinction ratio (PER) of more than 20 dB across four resonance frequencies can be achieved. The experiment results are in good agreement with the numerical simulation results. The surface current distributions of the structure are analyzed to illustrate this linear to circular polarization conversion. The unit cell structure is extremely small both in longitudinal and transverse directions. Good performances and compact design of this CMM suggest promising applications in circular polarizers that need to be integrated with other compact devices. 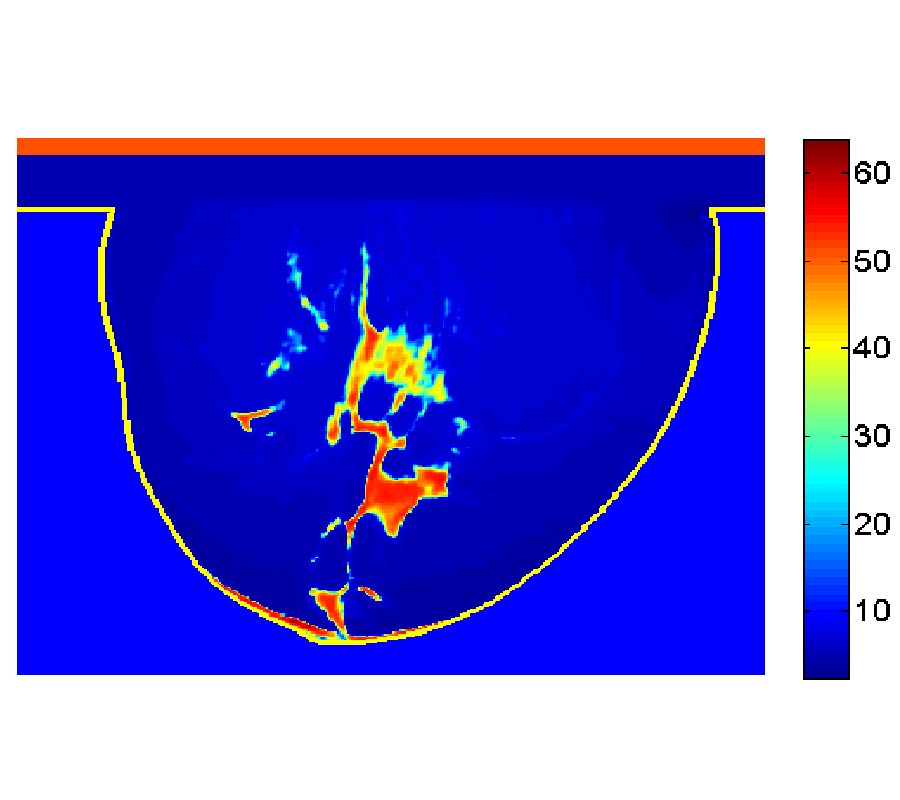 Quantitative active microwave imaging for breast cancer screening and therapy monitoring applications requires adequate reconstruction algorithms, in particular with regard to the nonlinearity and ill-posedness of the inverse problem. We employ a fully vectorial three-dimensional nonlinear inversion algorithm for reconstructing complex permittivity profiles from multi-view single-frequency scattered field data, which is based on a Gauss-Newton optimization of a regularized cost function. We tested it before with various types of regularizing functions for piecewise-constant objects from Institut Fresnel and with a quadratic smoothing function for a realistic numerical breast phantom. In the present paper we adopt a cost function that includes a Huber function in its regularization term, relying on a Markov Random Field approach. The Huber function favors spatial smoothing within homogeneous regions while preserving discontinuities between contrasted tissues. We illustrate the technique with 3D reconstructions from synthetic data at 2 GHz for realistic numerical breast phantoms from the University of Wisconsin-Madison UWCEM online repository: we compare Huber regularization with a multiplicative smoothing regularization and show reconstructions for various positions of a tumor, for multiple tumors and for different tumor sizes, from a sparse and from a denser data configuration.

A new circuit reduction algorithm for generating physically meaningful equivalent circuits for electrically small structures is proposed in this work. It makes use of the generalized Y-to-Δ transformation as well as features unique to partial element equivalent circuits (PEECs) to perform the reduction process. For a given partial element equivalent circuit, insignificant nodes are removed one by one in a prioritized order according to both user-specified cut-off frequency and threshold value. By having the freedom of choosing these parameters, this algorithm provides users an option to make a tradeoff between accuracy and simplicity of the final reduced circuit. Since the generalized Y-to-Δ transformation can keep all mutual couplings intact, the order-reduced circuit should correctly capture all physical essences of the structure being modeled. Two examples are presented in this paper to validate the proposed algorithm. The equivalent circuits obtained can indeed reflect all essential physical features, demonstrating that the algorithm is a useful tool for designing and analyzing electrically small multi-conductor structures.

Hyuk-Jun Seo and Ahmed A. Kishk

A wideband antenna is designed based on the concept of equivalent magnetic dipole and electric dipole combinations with excellent radiation characteristics. Single linear polarization design with two different excitations achieves good radiation symmetry and low cross-polarization. The dual-polarization case has a 67% bandwidth and isolation better than 30 dB. The present design and construction of the antenna provides simple solutions compared with similar antennas in the literature. This design avoids loading the antenna with dielectric in the active region. The agreement between measured and simulated results is excellent. The suggested antenna construction is very simple and solves many of the problems related to the practical excitation of this antenna.

It has been widely verified that the hybrid finite element - boundary integral - multilevel fast multipole algorithm (FE-BI-MLFMA) is a general, efficient and accurate method for the analysis of unbounded electromagnetic problems. A variety of fast methods of FE-BI-MLFMA have been developed since 1998. In particular, the domain decomposition methods have been applied to FE-BI-MLFMA and significantly improve the efficiency of FE-BI-MLFMA in recent years. A series of fast domain decomposition methods (DDMs) of FE-BI-MLFMA have been developed. These fast DDMs can be roughly classified into two types: Schwarz DDMs and dual-primal finite element tearing and interconnecting (FETI-DP) DDMs. This paper will first give an overview of the DDMs development of FE-BI-MLFMA. Then a uniform, consistent, and efficient formulation is presented and discussed for these fast DDMs of FE-BI-MLFMA. Their computational complexities are analyzed and studied numerically.

It is shown in this paper that the problem of reducing the number of elements for multiple-pattern arrays can be solved by a sequence of reweighted ℓ1 optimizations under multiple linear constraints. To do so, conjugate symmetric excitations are assumed so that the upper and lower bounds for each pattern can be formulated as linear inequality constraints. In addition, we introduce an auxiliary variable for each element to define the common upper bound of both the real and imaginary parts of multiple excitations for different patterns, so that only linear inequality constraints are required. The objective function minimizes the reweighted ℓ1-norm of these auxiliary variables for all elements. Thus, the proposed method can be efficiently implemented by the iterative linear programming. For multiple desired patterns, the proposed method can select the common elements with multiple set of optimized amplitudes and phases, consequently reducing the number of elements. The radiation characteristics for each pattern, such as the mainlobe shape, response ripple, sidelobe level and nulling region, can be accurately controlled. Several synthesis examples for linear arrays, rectangular/triangular-grid and randomly spaced planar arrays are presented to validate the effectiveness of the proposed method in the reduction of the number of elements. 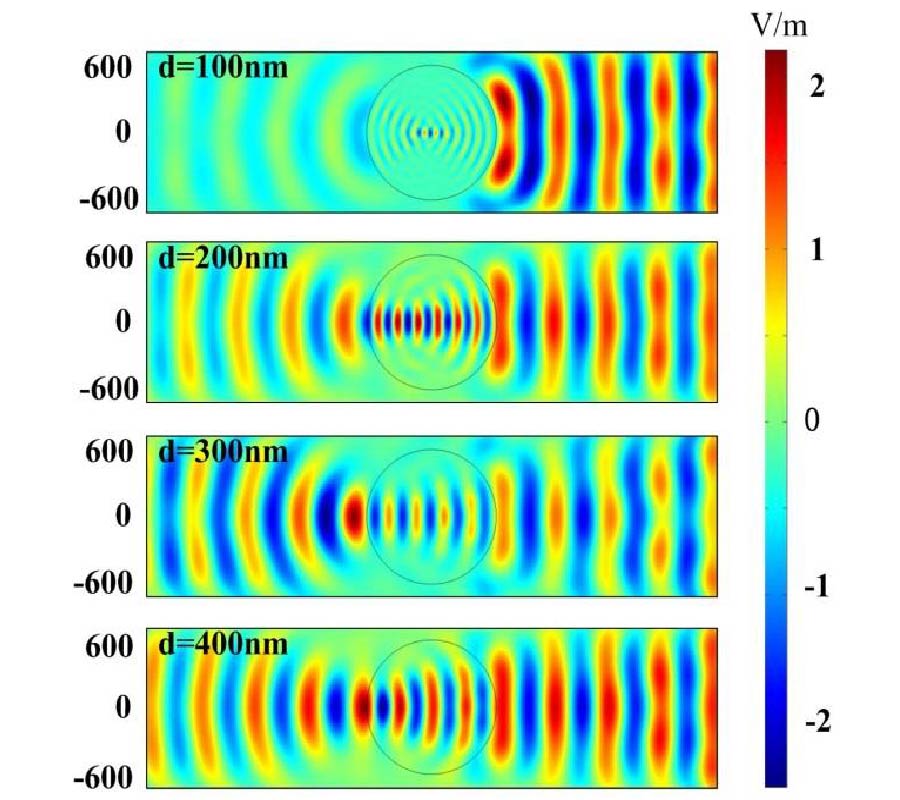 In modern information and communication technologies, manipulating focal length has been hot topic. Considering that the conductivity of graphene layer can effectively be tuned by purposely designing the thickness of the dielectric spacer underneath the graphene layer, a graphene-based lens with tunable focal length is proposed in this paper, and it can be used to collimate waves. The fabrication of the proposed graphene-based lens is purposed, and the performance of the lens is verified with finite-element method. The simulation results demonstrate that the graphene-based lens has excellent tunability and confinement. At the same time, the lens exhibits low loss in certain rang and large frequency bandwidth. 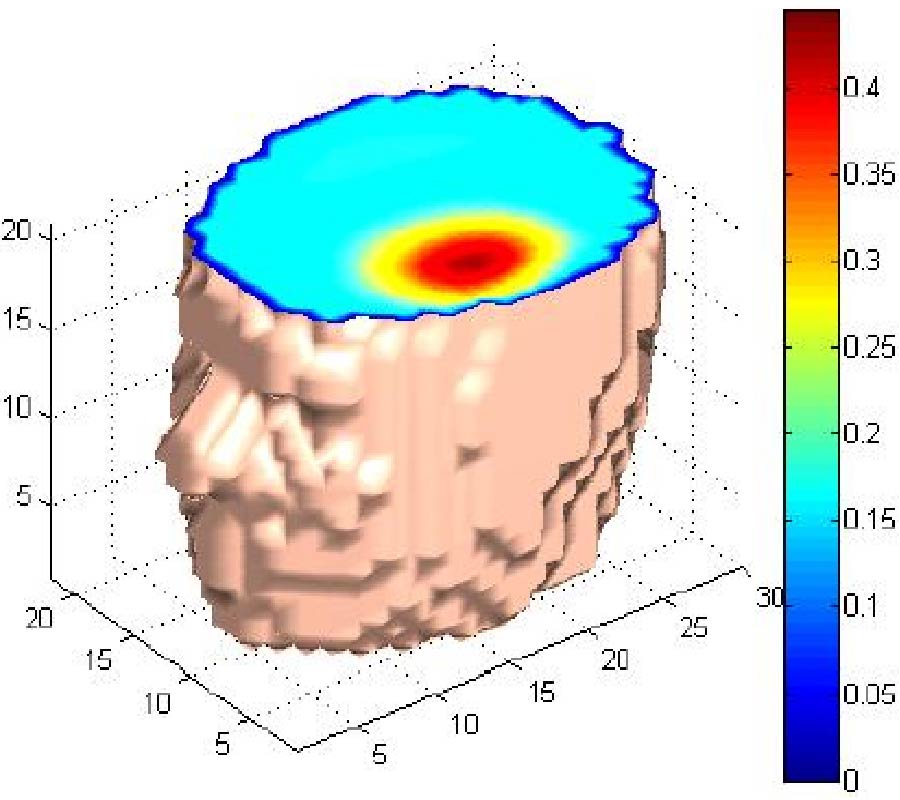 Magnetic Induction Tomography (MIT) is a newly developing technique of electrical tomography that in principle is able to map the electrical conductivity distribution in the volume of objects. The image reconstruction problem in MIT is similar to electrical impedance tomography (EIT) in the sense that both seek to recover the conductivity map, but differ remarkably in the fact that data being inverted in MIT is derived from induction theory and related sources of noise are different. Progress in MIT image reconstruction is still limited, and so far mainly linear algorithms have been implemented. In difference imaging, step inversion was demonstrated for recovering perturbations within conductive media, but at the cost of producing qualitative images, whilst in absolute imaging, linear iterative algorithms have mostly been employed but mainly offering encouraging results for imaging isolated high conductive targets. In this paper, we investigate the possibility of absolute imaging in 3D MIT within a target for low conductivity application (σ < 5 Sm-1). For this class of problems, the MIT image reconstruction exhibits non-linearity and ill-posedness that cannot be treated with linear algorithms. We propose to implement for the first time in MIT two effective inversion methods known in non-linear optimization as Levenberg Marquardt (LMM) and Powell's Dog Leg (PDLM) methods. These methods employ damping and trust region techniques for controlling convergence and improving minimization of the objective function. An adaptive version of Gauss Newton is also presented (AGNM), which implements a damping mechanism to the regularization parameter. Here, the level of penalty is varied during the iterative process. As a comparison between the methods, different criteria are examined from image reconstructions using the LMM, PDLM and AGNM. For test examples, volumetric image reconstruction of a perturbation within homogeneous cylindrical background is considered. For inversion, an independent finite element FEM software package Maxwell by Ansys is employed to generate simulated data using a model of a 16 channel MIT system. Numerical results are employed to show different performance characteristics between the methods based on convergence, stability and sensitivity to the choice of the regularization parameter. To demonstrate the effect of scalability of absolute imaging in MIT for more realistic problems, a human head model with an internal anomaly is used to produce reconstructions for different finer resolutions. AGNM is adopted here and employs the Krylov subspace method to replace the computationally demanding direct inversion of the regularized Hessian.