The principal result of this work is the existence of coupled magnon-plasmon surface polaritons, i.e., nonradiative spin-electromagnetic surface waves on the lateral surface of a superlattice that consists of the alternating layers of GaAs-AlGaAs quantum well system and ferromagnetic insulator. Dispersion relations for the waves are considered at quantum Hall-effect conditions when a static quantizing magnetic field is perpendicular to the quantum well plane. 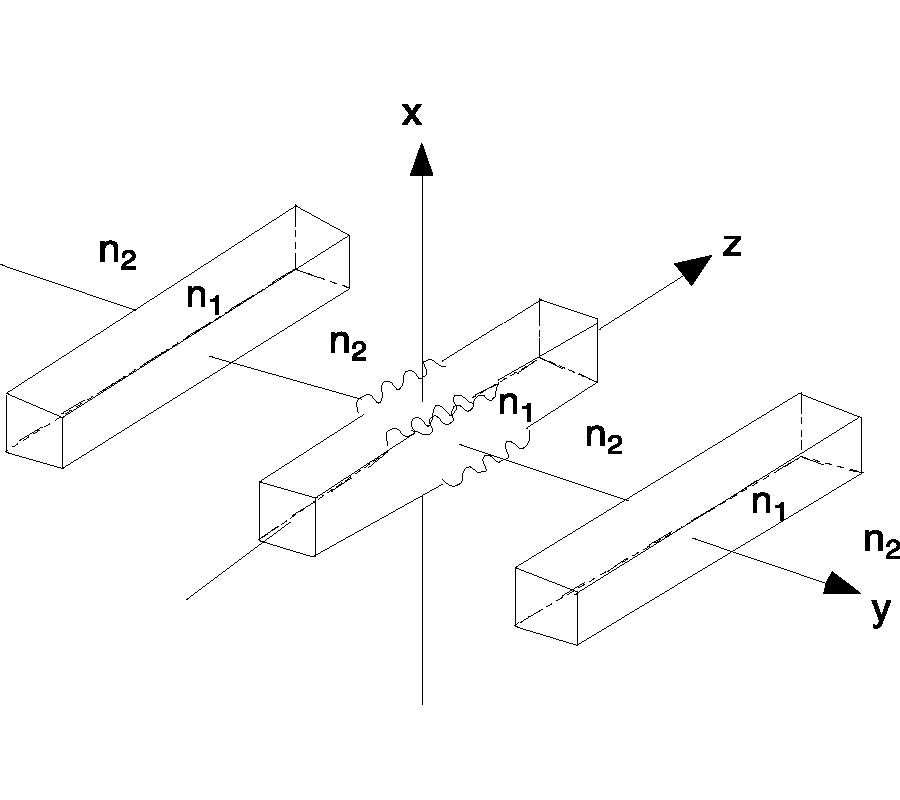 In this paper, scattering and coupling problems of the directional coupler for the dielectric rectangular waveguides are analyzed by the mode-matching method in the sense of least squares for the fundamental mode incidence. This directional coupler is composed of three parallel dielectric rectangular waveguides cores which are placed at equal space in the dielectric medium. Namely, respective cores are core regions of three respective rectangular waveguides. The central rectangular core among them has periodic groove structures of finite extent on its two surfaces which face each other and other two waveguide cores are perfect. In the central waveguide, the fundamental mode is incident from perfect part toward the periodic structure of this waveguide. The power of the incident mode to the central waveguide is coupled to other two waveguides through periodic groove structure. The coupled mode propagates in the other waveguides to the same or opposite direction for the direction of the incident mode when the Bragg condition is selected appropriately. The method of this paper results in the integral equations of Fredholm type of the second kind for the unknown spectra of scattered fields. The results of the first order approximate solutions of the integral equations are presented in this paper. 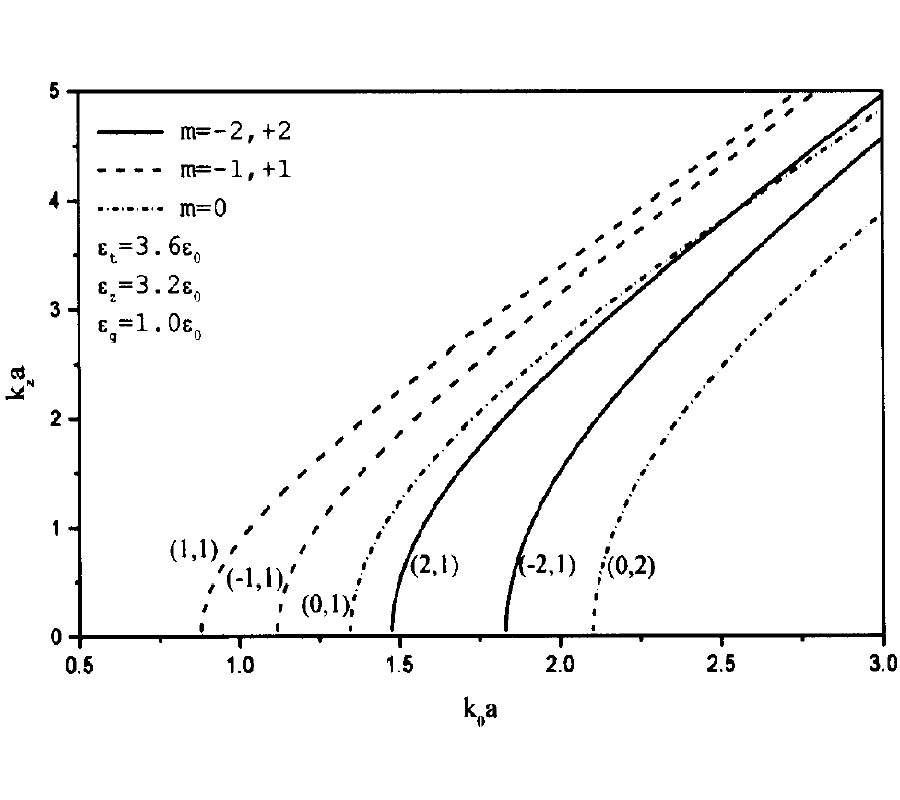 Circular conducting waveguides filled with gyroelectric media are studied in this paper and the dyadic Green's functions in these waveguides are obtained for the first time. The electric and magnetic fields in the waveguide are expressed in terms of cylindrical vector wave function expansion. It is shown that each of the eigenmodes in the waveguide consists of two eigenwaves whose wave numbers can be determined by the characteristic equation. Dispersion relation is obtained by applying boundary conditions to the eigenmodes. Mode orthogonality is discussed before the orthogonal relations are formulated and then used to determine the expansion coefficients of electric and magnetic fields. The complete expansions of both the electric and the magnetic dyadic Green's functions are finally obtained. The calculated dispersion curves are depicted and discussed while effects of gyrotropy are shown. 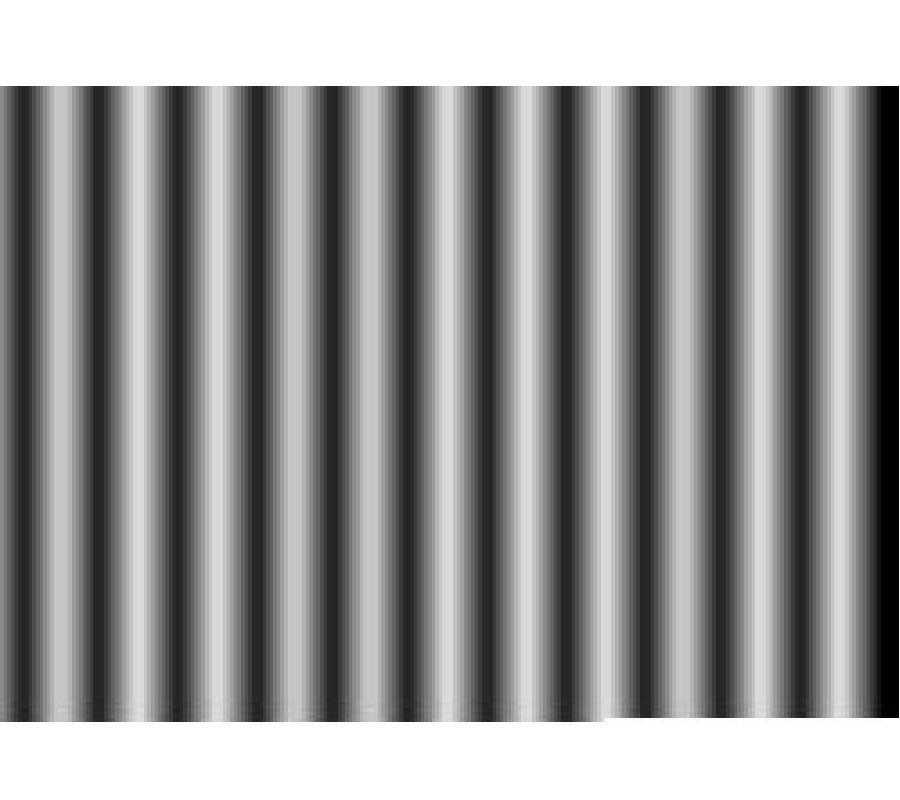 Recently Zangari and Censor discussed the non-uniqueness of the spatiotemporal world-view, and proposed a representative alternative based on the Fourier transform as a mathematical model. It was argued that this so called spectral representation, by virtue of the invertibility of the Fourier transform, is fully equivalent to our conventional spatiotemporal world-view, although in the two systems the information is ordered in a radically different manner. Criticism of the new conception can be traced back to the fundamental principles of simultaneity and causality, whose role in the spectral domain has not been sufficiently demonstrated. These questions are carefully investigated in the present study. Simple but concise examples are used to verbally and graphically clarify the mathematics involved in integral transforms, like the Fourier transform under consideration. The transition from the spatiotemporal domain to the spectral domain entails not only a different patterning of data points. What is involved here is that every point in one domain is affecting all points in the other domain, and to follow what happens to simultaneity and causality under such circumstances is not a trivial feat. Even for the general reader, the discussion based on the simple examples should suffice to critically follow the arguments as they unfold. For completeness, the general mathematical formulations are given too. In order to follow the footprints of the spatiotemporal simultaneity and causality concepts into the spectral domain, a special strategy is implemented here: Certain spatiotemporal situations are stated, and then their outcome in the spectral domain is examined. For example, it is shown that if a causal sequence of events is flipped over in time, thus reversing the order of cause and effect, in the spectral domain the associated spectrum will become a mirror image of the original one. The claim that the spectral transforms are invertible, consequently no information is lost in the spectral world-view, is thus substantiated. These ideas are extended to situations involving both space and time. Of particular interest are cases where relatively moving observers are involved, each at rest with respect to an appropriate spatial frame of reference, measuring proper time in this frame. In such cases, time and space are intertwined, hence simultaneity and causality must be appropriately redefined. Both the Galilean, and the Special Relativistic Lorentzian transformations in the spatiotemporal domain, and their corresponding spectral domain Doppler transformations, fit into our argument. Special situations are assumed in the spatiotemporal domain, and their consequent footprints in the spectral domain are investigated. Although a great effort is made to keep the presentation and notation as simple as possible, in some places more sophisticated mathematical concepts, such as the Jacobian associated with the change of integration variables, must be incorporated. Here the general reader will have to accept the (mathematical) facts without proof. 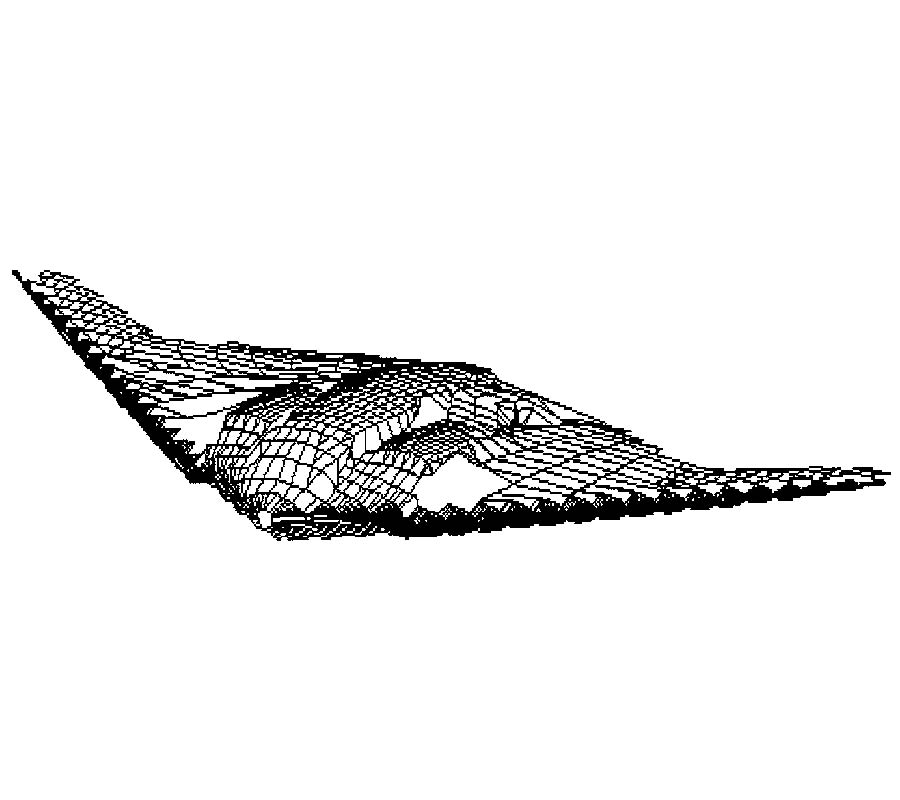 The approximative calculation technique of the pulse signal backscattering for the perfectly conducting electrically large object (with small curvatures) located near the boundary of the uniform half-space (perhaps, with the complex parameters) is proposed. The calculation results of electromagnetic fields scattered from perfectly conducting sphere and complex shape objects located near the ground surface are demonstrated and discussed.

This article is a revised and upgraded edition of a previous one published in this journal, hence the label (2), see the General Remarks section below. Relativistic Electrodynamics, for many years a purely academic subject from the point of view of the applied physicist and electromagnetic radiation engineer, is nowadays recognized as pertinent to many practical applications. We therefore need to define a syllabus and explore the best methods for educating future generations of such users. Such an attempt is presented here, and is of course biased by personal preferences. What emerges as general guidelines are the facts that Relativistic Electrodynamics should be presented axiomatically, without trying to "explain the physical meaning" of Special Relativity, that four-vectors and their mathematical properties should be emphasized, and that the field tensors, an elegant formalism, albeit of limited practical use, should be avoided. Use of four-fold Fourier transforms not only greatly simplifies the relevant manipulations, it is also of paramount importance for discussion of dispersive media. This approach yields many concepts as mathematical results, e.g., the Relativistic Doppler effect, which therefore do not require a long phenomenological discussion with many "explanations". Introducing this approach as early as possible opens new vistas for the student and the educator, indeed some of the new results here do not appear in textbooks on Special Relativity. One of the main results shown here is the fact that the generalized Fermat principle states that the ray will propagate in such a manner that the proper time will be minimized (or extremized, in general). It also strips the mystique of this principle, showing that it is in fact equivalent to a modest mathematical condition on the smoothness of the phase function. The presentation is constructed in a way that allows the student to gradually overcome difficulties in assimilating new concepts and applying them. In that too it is different from many conventional presentations.

The electromagnetic scattering by a three-dimensional arbitrarily shaped rotationally uniaxial anisotropic object is studied. Electromagnetic fields in a uniaxial medium are solved for first using the method of separation of variables, and then expressed in a very compact form by introducing the modified spherical vector wave functions. The equivalence theorem and the T-matrix method are applied in the analysis of the scattering problem. The scattered fields and the dyadic Green's functions both external and internal to the scatterer are derived in terms of spherical vector wave functions and matrix-form coefficients. Through making use of the dyadic Green's functions obtained, numerical results are provided for an incident field excited by an infinitesimal dipole. The scatterers are assumed to be prolate and oblate dielectric spheroids with the rotational z-axis. The angular scattering intensities in far-zone are plotted for all these cases. And some conclusions are also drawn eventually from numerical discussions.

An efficient and accurate method to the problem of planewave scattering from periodic arrays of two circular-cylinders per unit cell is presented. The scattered fields are calculated using the lattice sums characterizing a periodic arrangement of scatterers and the aggregate T-matrix for the isolated two-cylinders system in free space. The cylinders may be of dielectric, perfect conductor, or their mixture with different dimensions. The numerical examples for the resonant scattering are presented with an emphasis on the application to the polarization-dependent or polarization independent narrow-band filters.

In this paper, the problem of scattering and radiation in the presence of a material half-space is solved using the Transient spectral domain method (TSDM). The TSDM is a general theoretical approach for exact solution to the time-dependent sources radiation in the presence of stratified media. A source used is an electrically short magnetic dipole with impulse current distribution in time domain. It is located in air region in the vicinity of lossy half-space. The method requires the proper spatial Fourier transform for theoretical formulation of the problem. The new closed-form expressions is achieved in terms of spectral domain variable and time. Also a number of special cases are presented for verification of this procedure.

This study is concerned with the development of a model to describe microwave emission from dry snow cover. The model is based on the radiative transfer and the strong fluctuation theory. In the model, a spherical symmetric correlation function with an exponential form is used to describe the random permittivity fluctuations. The phase matrix and extinction coefficient of snowpack for a spherical symmetric correlation function are obtained by employing the strong fluctuation theory. The vector radiative transfer equation for a layer of a random medium is solved by using Gaussian quadrature and eigen analysis. Comparisons with brightness temperature data at 5, 10.7, 18, 37 GHz are made. It is shown that the model fits the experimental data by using physical parameters of the dry snow as obtained from ground truth measurements. 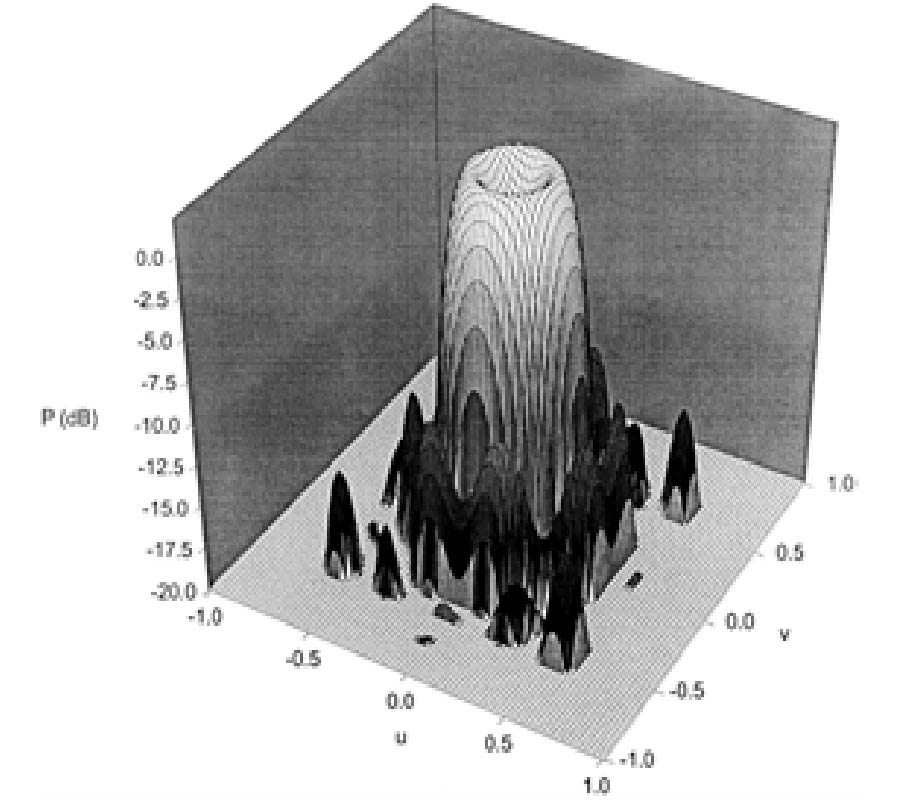 A technique that allows to locate defective elements in planar arrays by using some samples of the degraded far-field power pattern is described. This approach uses genetic algorithms to minimize the square of the difference between the far-field power pattern obtained for a given configuration of failed elements and the measured one. The method also allows to detect defective elements that don't fail completely 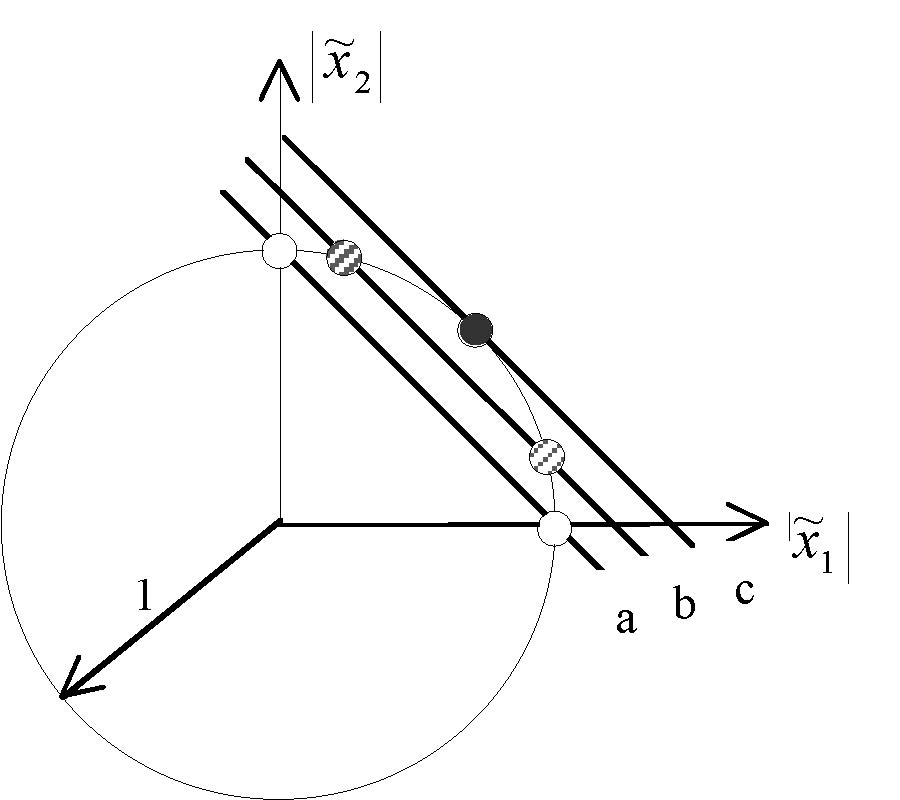 An adaptive wavelet packet transform (AWPT) algorithm is proposed to process synthetic aperture radar (SAR) imagery and remove background clutters from target images. Since target features are more efficiently represented using the wavelet packet bases, higher signal-to-clutter ratios (SCR) can be achieved in the wavelet transform domain. Consequently, clutters can be more effectively separated from the desired target features in the transform domain than in the original SAR domain. The processed results based on the MSTAR data set demonstrate the effectiveness of this algorithm for SAR clutter reduction.