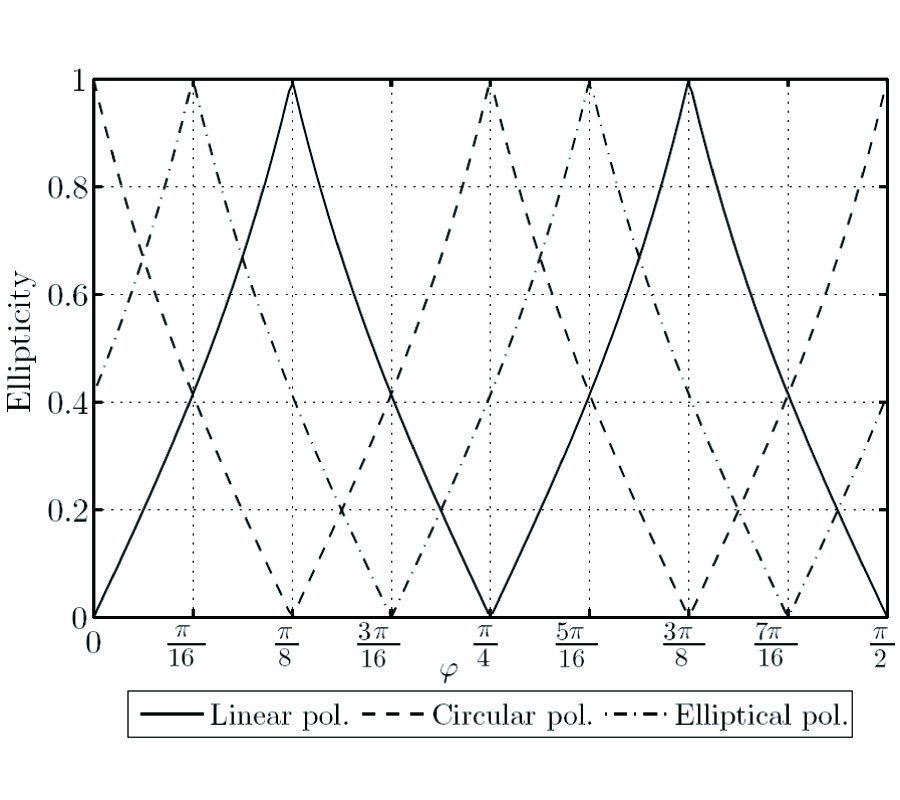 The classical soft-and-hard surface boundary conditions have previously been generalized to the form a Â· E = 0 and b Â· H = 0 where a and b are two complex vectors tangential to the boundary.A realization for such a boundary is studied in terms of a slab of special wave-guiding anisotropic material. It is shown that analytic expressions can be found for the material parameters and thickness of the slab as functions of the complex vectors a and b. Application of a generalized soft-and-hard boundary as a polarization transformer is studied in detail.

An effective computational method based on a conventional modal-expansion approach is presented for solving the problem of diffraction by a deep grating. The groove depth can be the same as or a little more than the grating period. The material can be a perfect conductor, a dielectric, or a metal. The method is based on Yasuura's modal expansion, which is known as a least-squares boundary residual method or a modified Rayleigh method. The feature of the present method is that: (1) The semi-infinite region U over the grating surface is divided into an upper half plane U0 and a groove region UG by a fictitious boundary (a horizontal line); (2) The latter is further divided into shallow horizontal layers U1, U2, Â·Â·Â·, UQ again by fictitious boundaries; (3) An approximate solution in U0 is defined in a usual manner, i.e., a finite summation of up-going Floquet modal functions with unknown coefficients, while the solutions in Uq (q = 1, 2, Â·Â·Â·, Q) include not only the up-going but also the down-going modal functions; (4) If the grating is made of a dielectric or a metal, the semi-infinite region L below the surface is partitioned similarly into L0, L1, Â·Â·Â·, LQ, and approximate solutions are defined in each region; (5) A huge-sized least squares problem that appears in finding the modal coefficients is solved by the QR decomposition accompanied by sequential accumulation. The method of solution for a grating made of a perfect conductor is described in the text. The method for dielectric gratings can be found in an appendix. Numerical examples include the results for perfectly conducting and dielectric gratings. 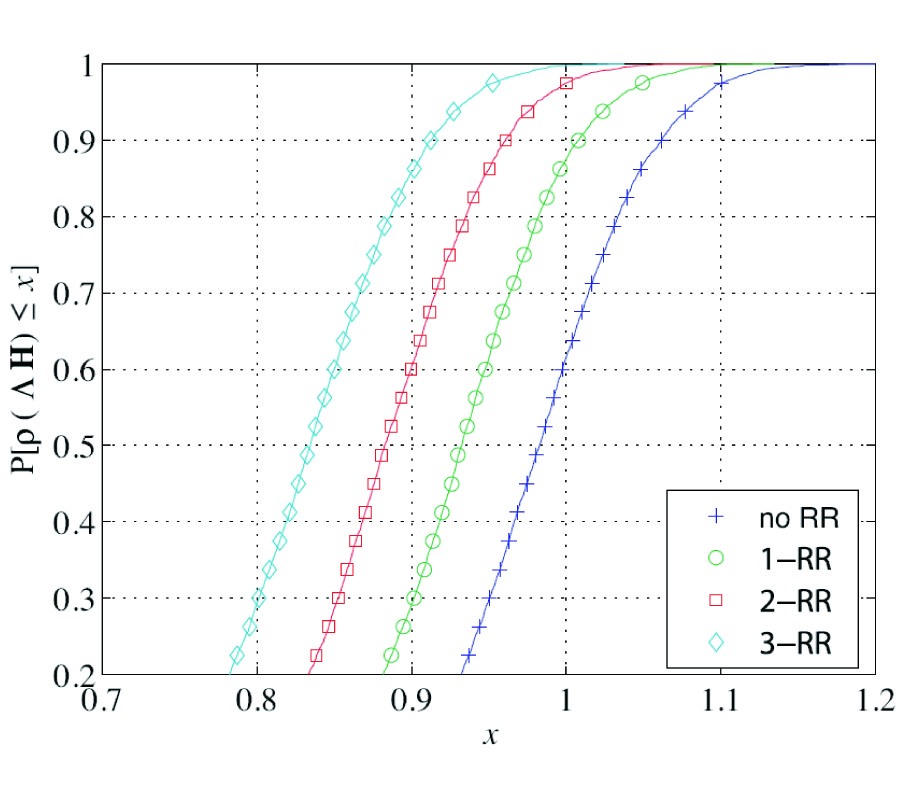 In this paper we use optical power control to support multirate transmission over temporal optical CDMA networks. We apply the centralized power control algorithm to set the transmit power of the users' optical sources in order to satisfy a given target QoS. In addition, optical amplifiers are included to enhance the overall system performance while the Amplified Spontaneous Emission (ASE) is considered as the main noise source. The objective function defined as the sum of the transmitted optical power from all nodes is minimized subject to a signal-to-interference (SIR) constraint. Moreover, the network feasibility, defined as the ability to evaluate a power vector that satisfy the target SIR, is discussed in terms of the spectral radius of the network interference matrix. Next, the spectral radius of the network interference matrix is investigated and modeled as a truncated Gaussian distribution. Last, a rate reduction algorithm, categorized in terms of the number of nodes involved in the process of rate reduction, is proposed to increase the network feasibility. As more nodes are added to the rate reduction campaign, the network feasibility is significantly enhanced. For typical network parameters we find by simulating 104 random network realizations that a threenode rate reduction results in 99% network feasibility. 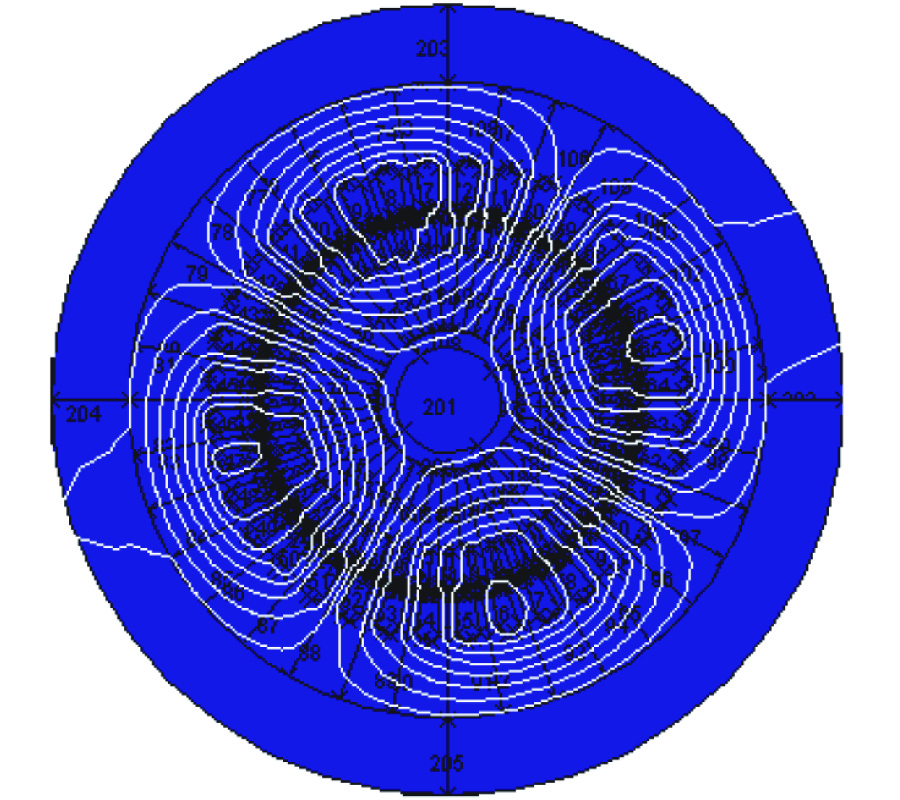 In this paper fault diagnosis of induction motor under mixed fault is carried out using precise analysis of the air-gap magnetic field based on time stepping finite element method. By feeding voltage instead of current density to the finite element computation part, the drawbacks of the application of finite element method in fault diagnosis of induction motor are overcome. Normally static eccentricity and broken rotor bars faults have been individually diagnosed in the published papers. Here diagnosis of the mixed fault,including static eccentricity and broken rotor bars,is introduced which is considered as a novel part of the present work. Precise analysis of magnetic field in the air-gap of a faulty induction motor is carried and performance of the motor is predicted. Taking into account the magnetic core saturation is another advantage of the present work. This is required in the transient analysis of a faulty motor. 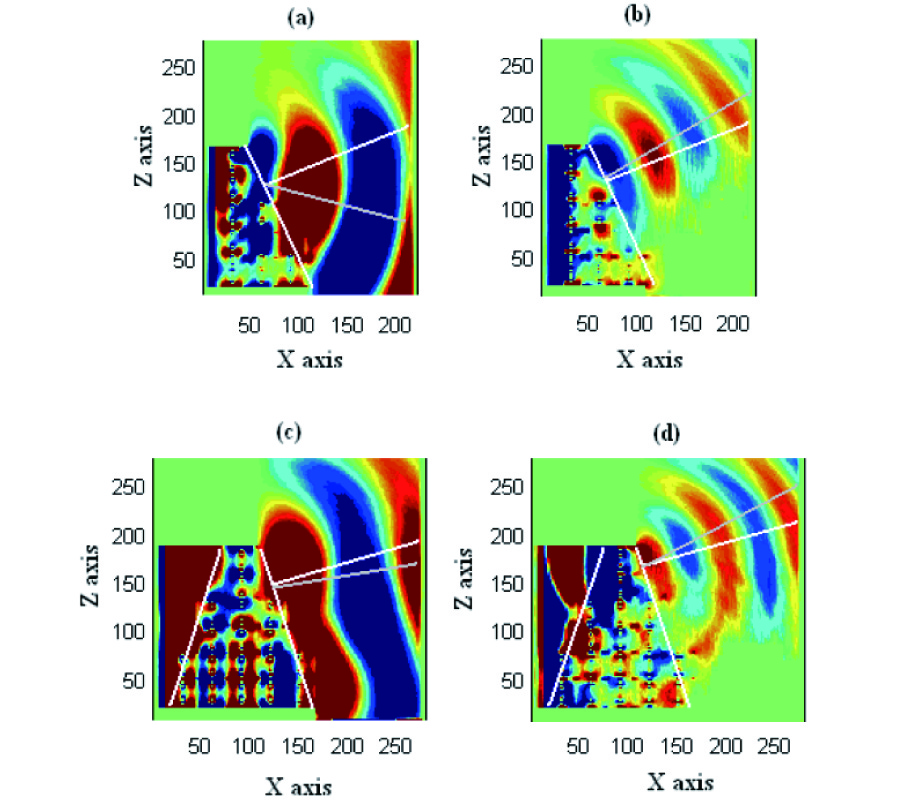 Broadband planar and non-planar negative refractive index (NRI) metamaterial (MTM) designs consisting of a periodically arranged split ring resonator and wire structures are developed in the terahertz (THz) frequency regime using the Finite-Difference Time- Domain (FDTD) method. The novel MTM designs generate a broad negative index of refraction (NIR) passband approximately two and a half times higher than those of the conventional SRR/wire structures, by using the same dimensions. Numerical simulations of wedgeand triangle-shaped metamaterials are used to prove the negative refractive index of the models. The fabricated MTMs exhibit passband characteristics which are in good agreement with the model results. The parametric studies of correlated factors further support these outcomes. 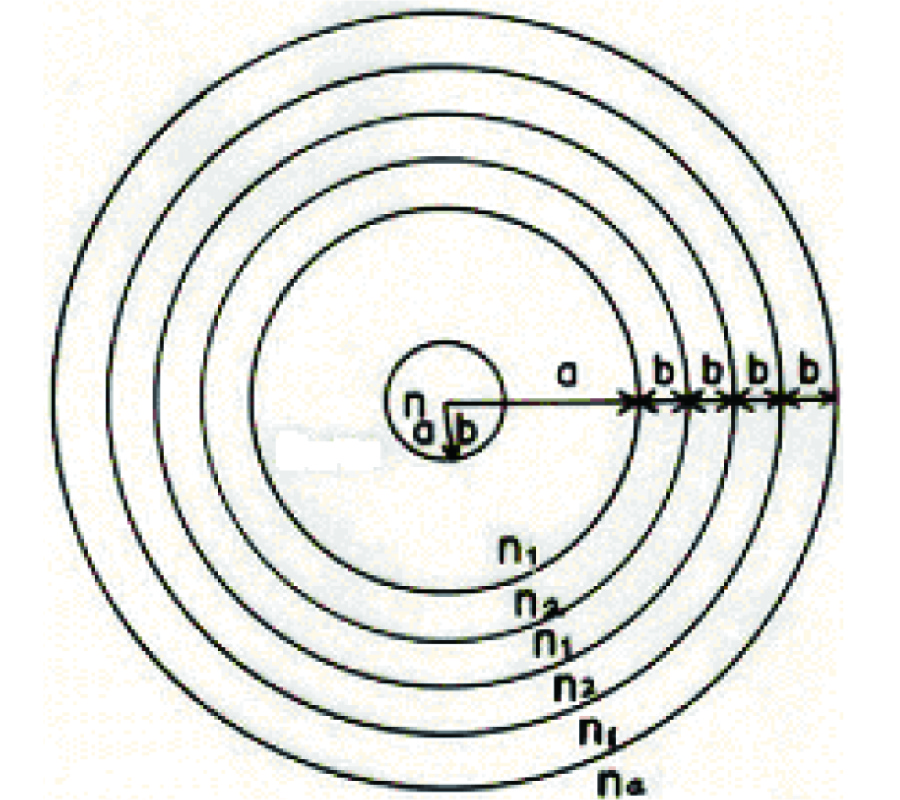 A theoretical modal dispersion study of a new unconventional Bragg waveguide having hypocycloidal core cross-section and surrounded by Bragg cladding layers is presented using a very simple boundary matching technique [1]. An attempt has been made to determine how the modal characteristics of a standard Bragg fiber change as its circular shape is changed to the hypocycloidal shape. It is seen that in the case of a hypocycloidal Bragg waveguide single mode guidance is possible when V â‰¤ 10.0 where V is the normalized frequency parameter.

In the Part I of this work general introduction to the transient impedance assessment of simple grounding systems has been presented. Part I also deals with the analysis of the vertical grounding electrode, while this paper analyses a more demanding case of the horizontal electrode.The mathematical model is based on the thin wire antenna theory featuring the Pocklington integro-differential equation. The Pocklington equation is solved using the Galerkin-Bubnov indirect Boundary Element Method. The details are available in Appendix. The formulation of the problem is posed in the frequency domain, while the corresponding transient response of the grounding system is obtained by means of the inverse Fourier transform. Some illustrative numerical results are shown throughout this work. 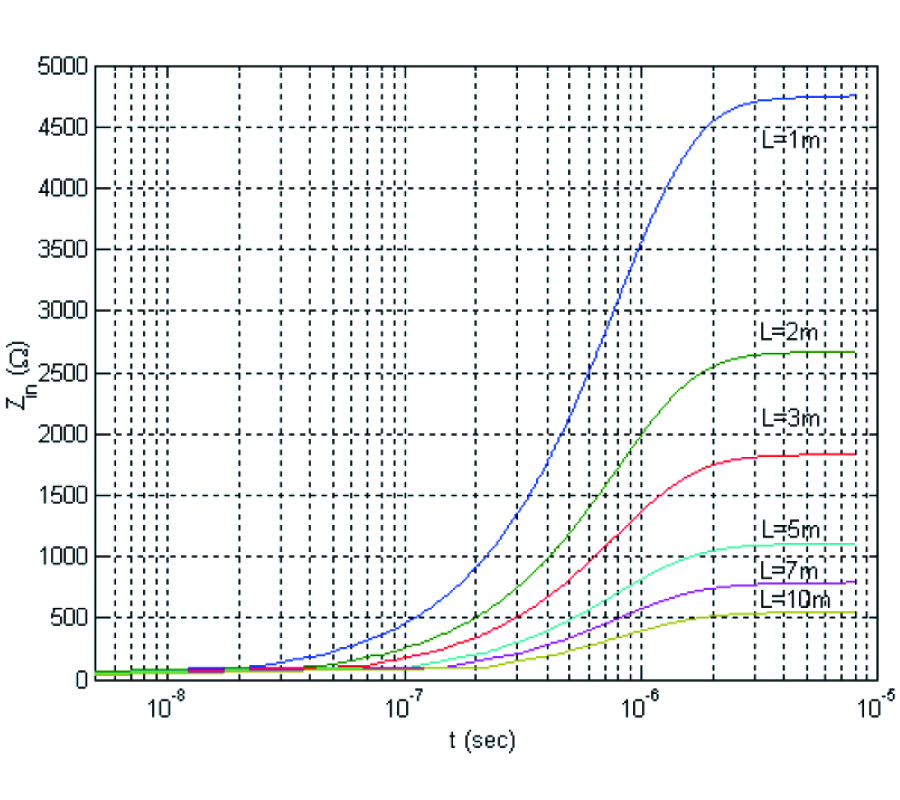 The paper deals with the transient impedance calculation for simple grounding systems. The mathematical modelmodel is based on the thin wire antenna theory. The formulation of the problem is posed in the frequency domain, while the corresponding transient response of the grounding system is obtained by means of the inverse Fourier transform. The current distribution induced along the grounding system due to an injected current is governed by the corresponding frequency domain Pocklington integro-differential equation. The influence of a dissipative half-space is taken into account via the reflection coefficient (RC) appearing within the integral equation kernel. The principal advantage of the RC approach versus rigorous Sommerfeld integral approach is simplicity of the formulation and significantly less computational cost. The Pocklington integral equation is solved by the Galerkin Bubnov indirect boundary element procedure thus providing the current distribution flowing along the grounding system. The outline of the Galerkin Bubnov indirect boundary element method is presented in Part II of this work. Expressing the electric field in terms of the current distribution along the electrodes the feed point voltage is obtained by integrating the normal field component from infinity to the electrode surface. The frequency dependent input impedance is then obtained as a ratio of feed-point voltage and the value of the injected lightning current. The frequency response of the grounding electrode is obtained multiplying the input impedance spectrum with Fourier transform of the injected current waveform. Finally, the transient impedance of the grounding system is calculated by means of the inverse Fourier transform. The vertical and horizontal grounding electrodes, as simple grounding systems, are analyzed in this work. The Part I of this work is related to the vertical electrode, while Part II deals with a more demanding case of horizontal electrode.

Theoretical results on the electromagnetic properties of such a structure as a negative-permittivity layer placed on a reflecting grating are discussed. Effect of this structure resonant absorption of the excitation electromagnetic energy is studied in a wide range of problem parameters. The sufficient conditions of the effect appearance are determined by solving the dielectric-layer eigenoscillation problem. A comparative analysis of the absorption by the negative- and the positive-permittivity structures is made to reveal the characteristic features of the effect. Phenomenon of the absorption resonance splitting is shown in the case of plane wave oblique incidence on the structure. The E-polarized plane wave diffraction is considered to find out essential difference of the resonant absorption in the E and H cases.

On Independence, Completeness of Maxwell's Equations and Uniqueness Theorems in Electromagnetics 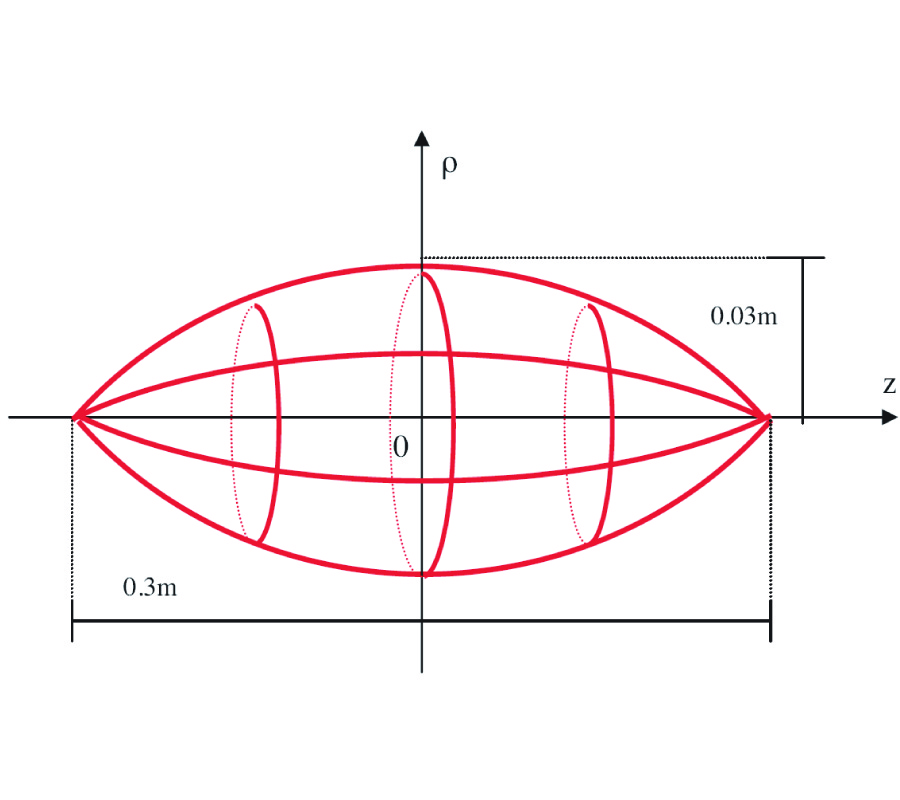 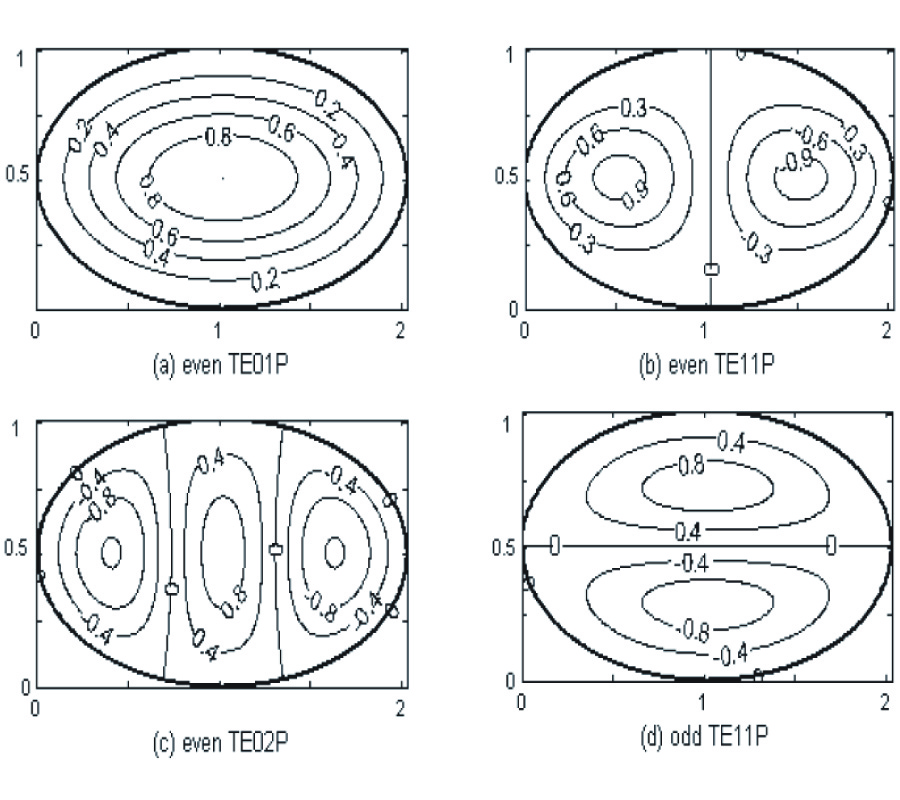 In this paper the classical boundary value approach employing the separation of variable technique is used to analyze the properties of elliptic dielectric resonator antennas. In this approach, the fields inside the resonator are expanded in terms of Mathieu and modified Mathieu functions. Numerical results are given for resonant frequencies of different modes as well for fields distribution inside the resonator. Series Green's functions are used to calculate the fields inside the cavity and also far field patterns for a given feed. Using the Green's function method provides more accurate results compared to a pure cavity model technique. The analysis and design are verified through numerical simulations. A parametric study has been performed to show effects of the elliptical dielectric resonator antennas (EDRAs) parameters on far field patterns. 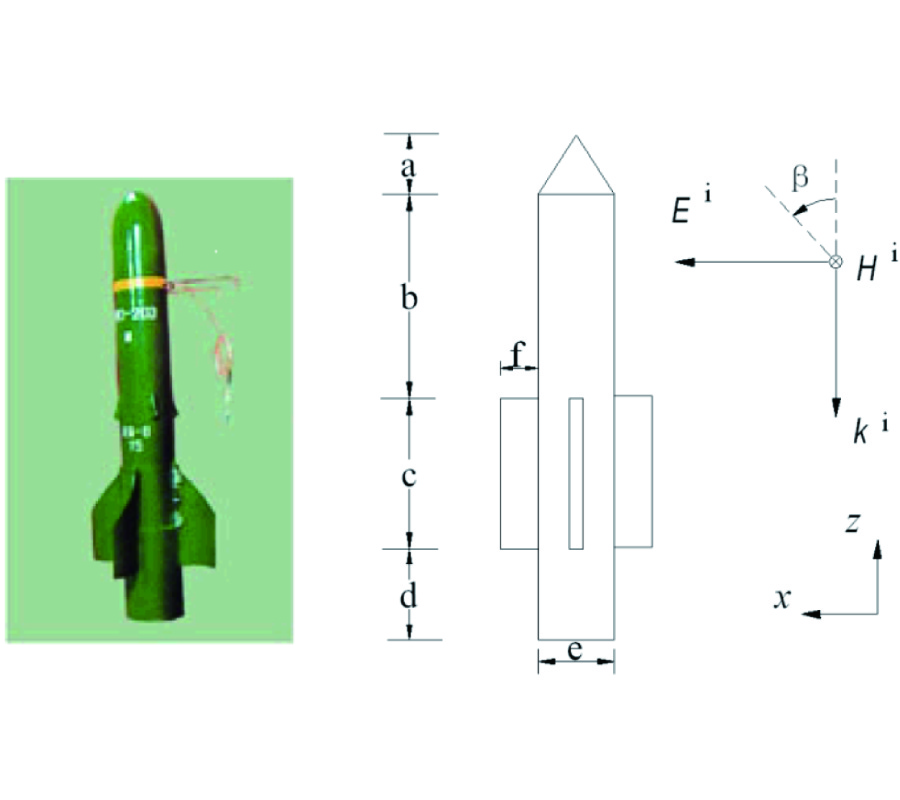 In this paper, the finite-difference time-domain (FDTD) method is applied to calculate the radar cross-section (RCS) of anisotropic coated missiles. We present a FDTD algorithm for cylindrical coordinates and derive the necessary extension to the FDTD equations for a general three-dimensional anisotropic scatterer. A new approach is proposed to obtain magnitude and phase information from the FDTD data. Computed results for two selected examples are compared with those obtained by eigenfunction expansion techniques and the moment method (MM) to demonstrate the validity of the new approach with very good agreement. The study of the bistatic radar cross-section for a missile demonstrates that the anisotropic material coating around it can effectively reduce its RCS.

This paper is concerned with the scattering of an electromagnetic (EM) pulse by a perfectly conducting half-plane, moving in a free space. It is assumed that the source signal is a plane wave pulse with its envelope described by a Dirac delta function. The representation for the total field is found, and physical interpretation of the solution is given. This representation, valid for all screen velocities, is then reduced to the case of moderate and low velocities, important for practical applications. 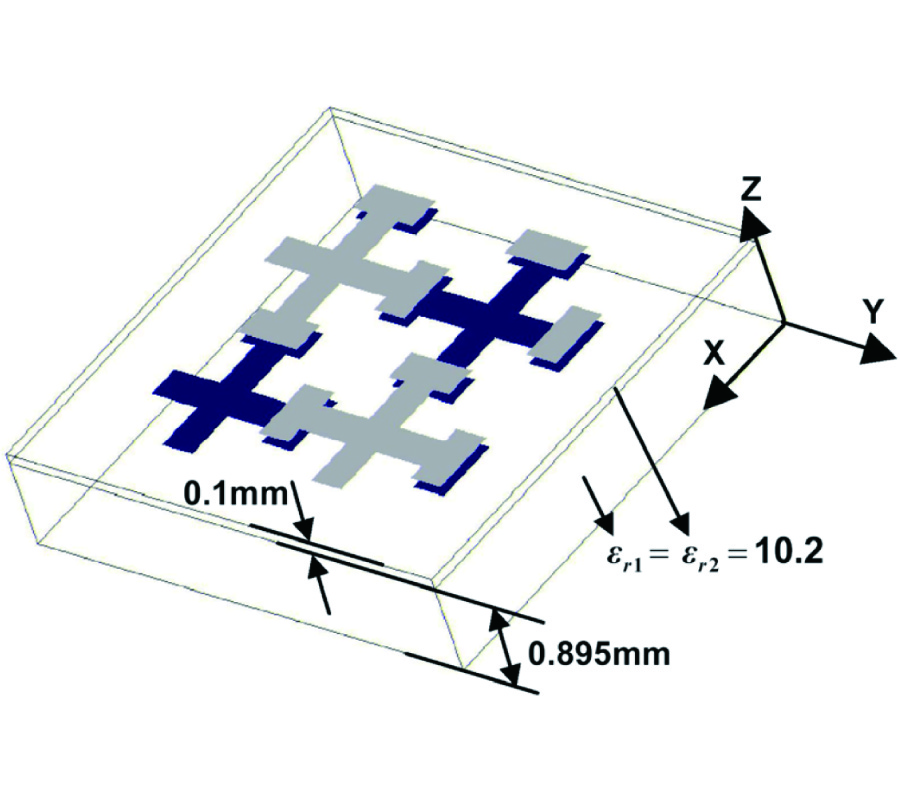 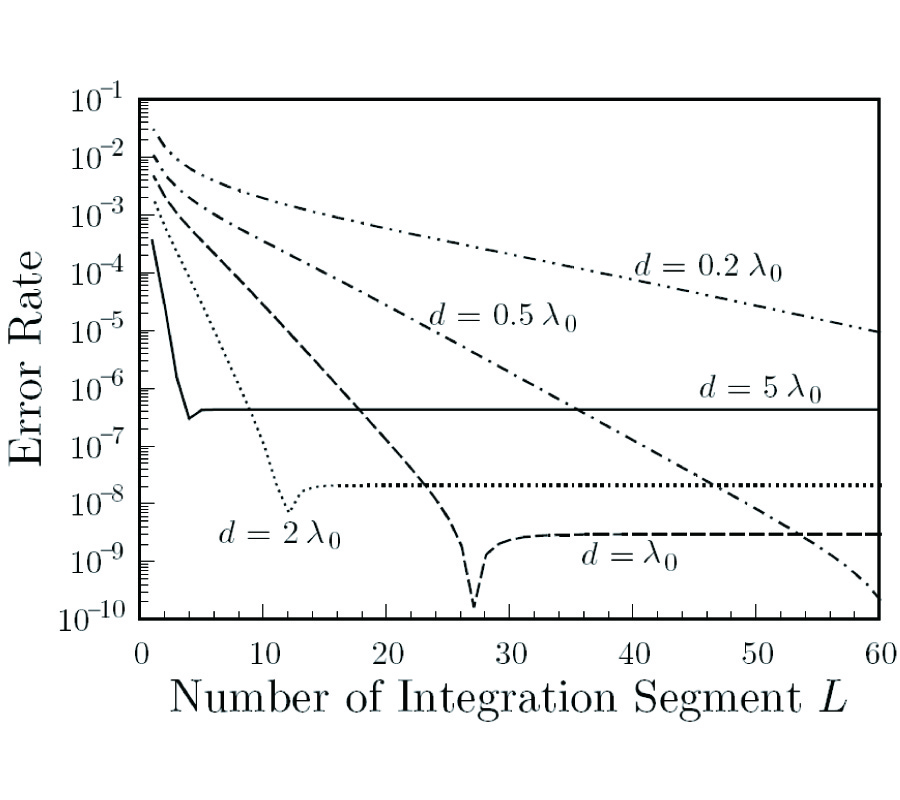 Numerical Analysis of Optical Waveguides Based on Periodic Fourier Transform

Periodic Fourier transform is formally introduced to analyses of the electromagnetic wave propagation in optical waveguides. The transform make the field components periodic and they are then expanded in Fourier series without introducing an approximation of artificial periodic boundary. The proposed formulation is applied to two-dimensional slab waveguide structures, and the numerical results evaluate the validity and show some properties of convergence.