Based on the piecewise linear recursive convolution (PLRC) technique, FDTD modeling of Arbitrary linear lumped networks is studied in this paper, including one-port networks and two-port networks. Their general FDTD iterative formulations are obtained. Firstly, the admittance parameters in Laplace domain of lumped network are written as a summation form of several rational fractions; then the time domain admittance parameters can be obtained by means of inverse Fourier transform technique. Finally the time domain results are directly incorporated into the Maxwell- Ampere's difference equation using the PLRC technique. It is worth pointing out that this approach preserves the second-order accuracy and the explicit nature of the conventional FDTD method. The proposed technique can be extended to model arbitrary linear multiport lumped networks. To show the validity of the proposed algorithm, we analyze two microstrip circuits including lumped networks. The results are compared with those obtained from the Z-transform technique and the good agreement is achieved.

An infinite homogeneous circular cylinder with full permittivity tensor is excited by a straight strip flowed by arbitrary axial magnetic current. A nontrivial differential equation is derived for the single axial magnetic component which is assigned a plane wave representation. The boundary conditions lead to an integral equation with nonsingular kernel which is solved by supposing a Dirac comb representation for the unknown function. The resultant Green's function multiplied by the current distribution is integrated numerically over the source to give the total field. Various numerical examples are presented and discussed.

The requirements of achieving ionospheric modification by ground-transmitted HF heating waves are discussed. The directly relevant processes including linear mode conversion and parametric instabilities are explained physically. The nonlinear Schrodinger equation for Langmuir waves is reviewed and the initial conditions of two types of nonlinear solutions are discussed; from which the criterion for Langmuir soliton generation is pointed out. 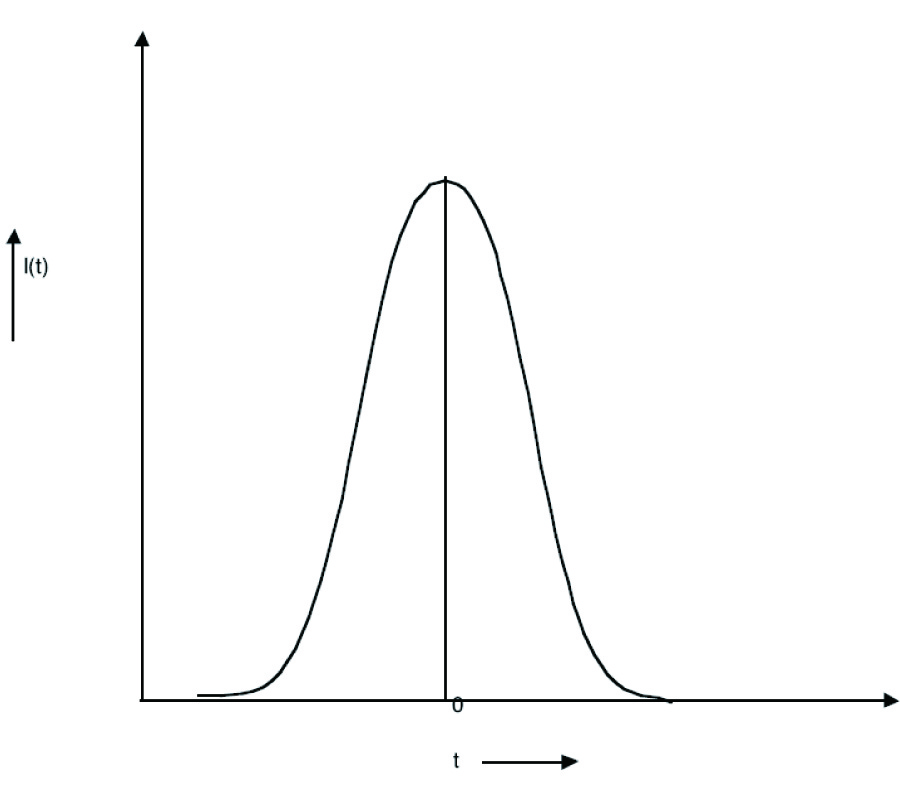 The nonlinear effects in optical fiber occur either due to intensity dependence of refractive index of the medium or due to inelastic-scattering phenomenon. This paper describes various types of nonlinear effects based on first effect such as self-phase modulation, cross-phase modulation and four-wave mixing. Their thresholds, managements and applications are also discussed; and comparative study of these effects is presented.

For the application of K connector (K103F) at Ka-band, many problems exist, due to the complex method of installation. In this paper, the test fixture is simplified, and the performance of this section is improved with the Electromagnetic bandgap (EBG) structure. Simulation results are presented for the connection structure with EBG; plots of the input reflection of geometrical and physical parameters are reported and commented on. 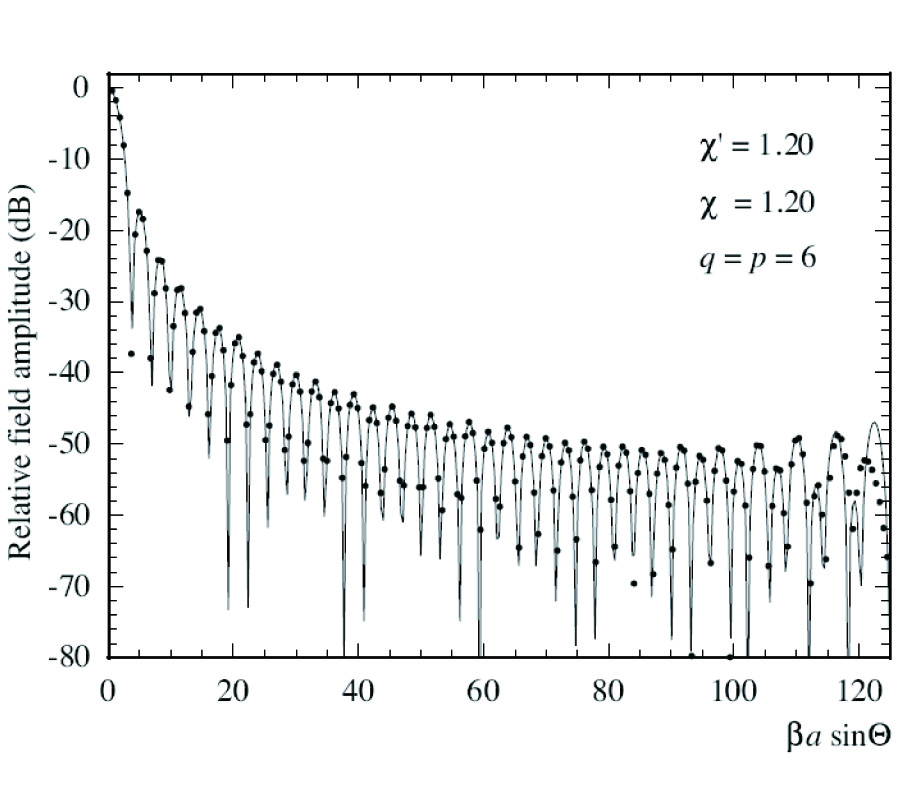 An effective approach is proposed in this paper for estimating the near-field data external to the measurement region in the plane-polar scanning. It relies on the nonredundant sampling representations of the electromagnetic field and makes use of the singular value decomposition method for the extrapolation of the outside samples. It is so possible to reduce in a significant way the error due to the truncation of the measurement zone thus increasing the farfield angular region of good reconstruction. The comparison of such an approach, based on the optimal sampling interpolation expansions, with an existing procedure using the cardinal series has highlighted that the proposed technique works better. Some numerical tests are reported for demonstrating its effectiveness. 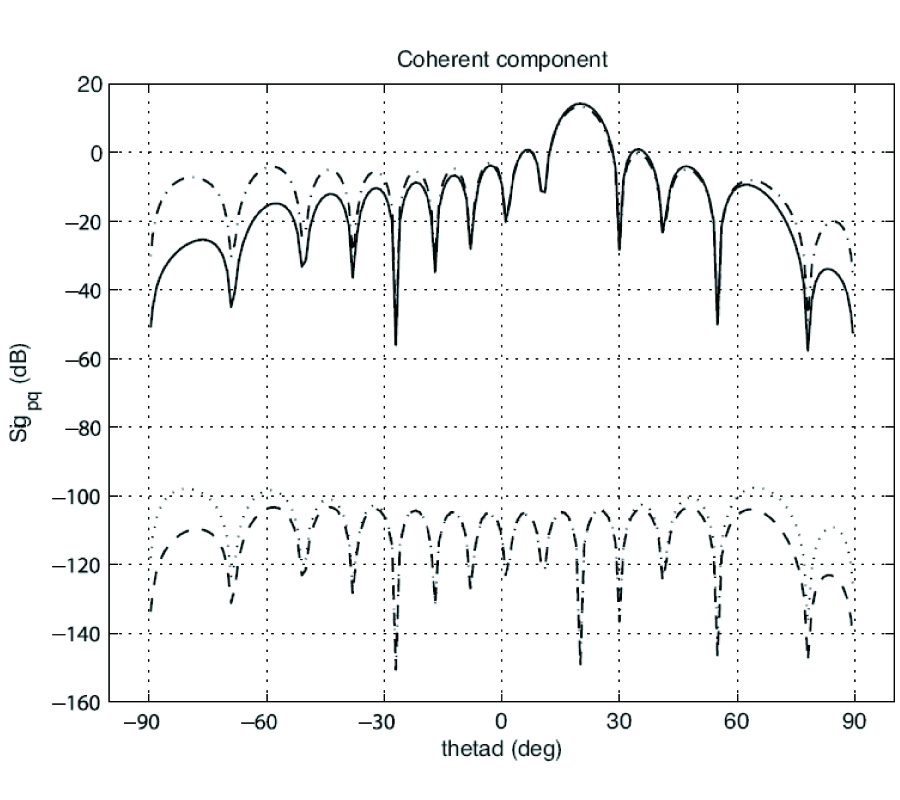 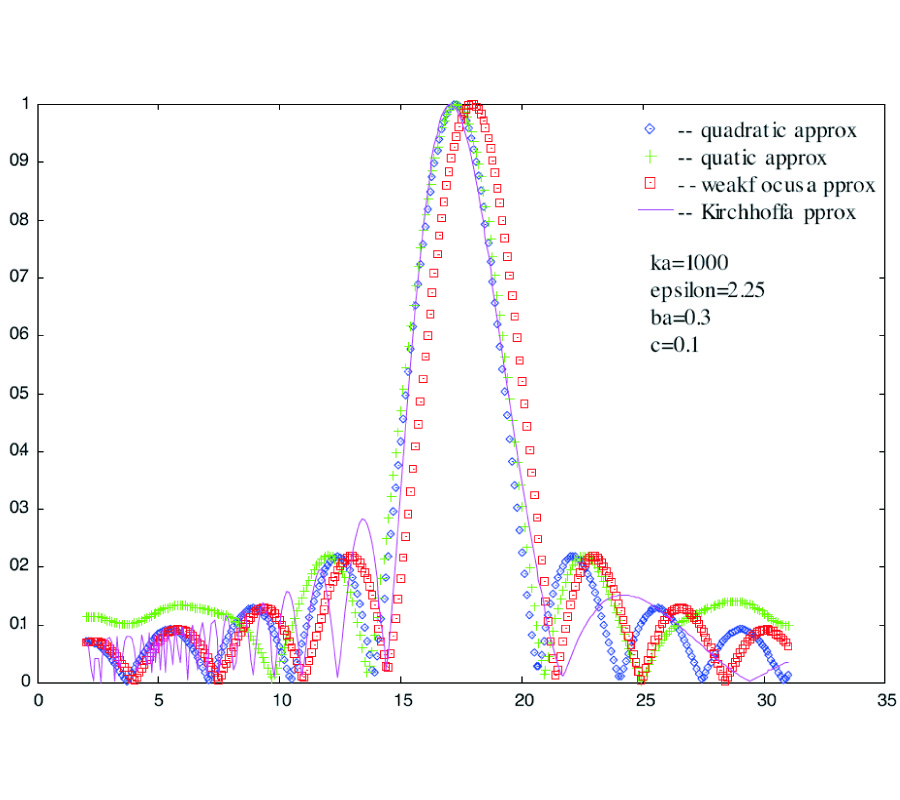 The field refracted by a Wood lens is determined analytically and numerically in the focal region by Maslov's method. Results are compared withth ose obtained by weak focusing approximation and Kirchhoff's diffraction integral. Agreement among them is fairly good when the parameters satisfy the conditions associated to the approximation. 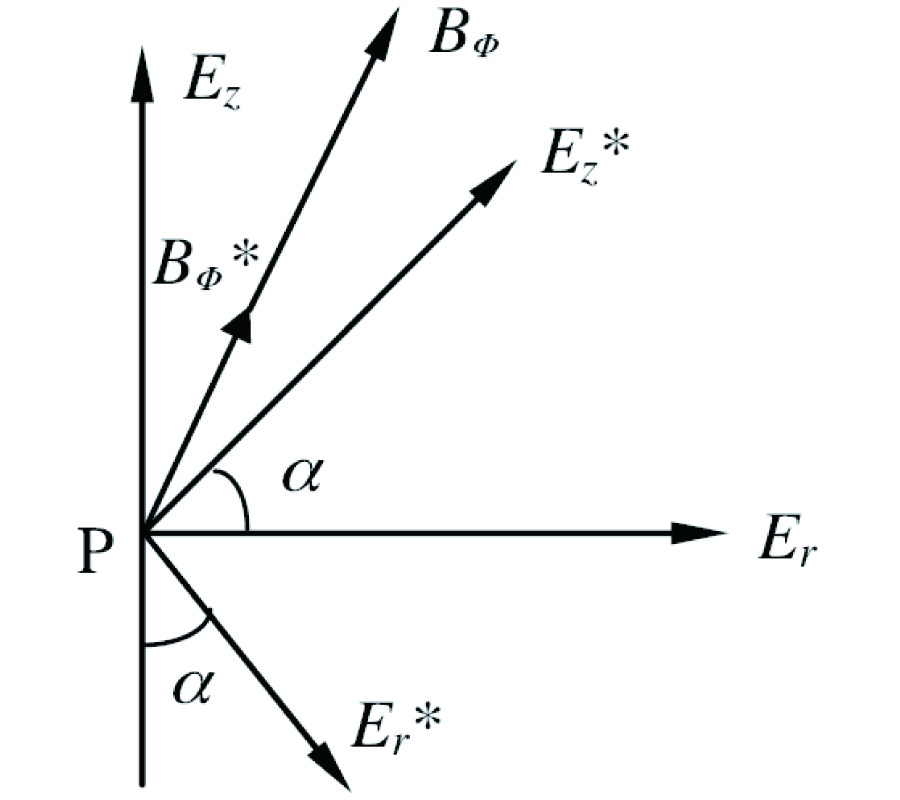 A transformation procedure directly computing the antenna far-field pattern from near-field samples acquired on a planar spiral is proposed in this paper. The convolution property of the radiation integral is exploited to efficiently perform the evaluation by taking advantages of the Fast Fourier Transform, without the need of any intermediate interpolation process. Validations on circular arrays of elementary dipoles are presented to show the effectiveness of the method. 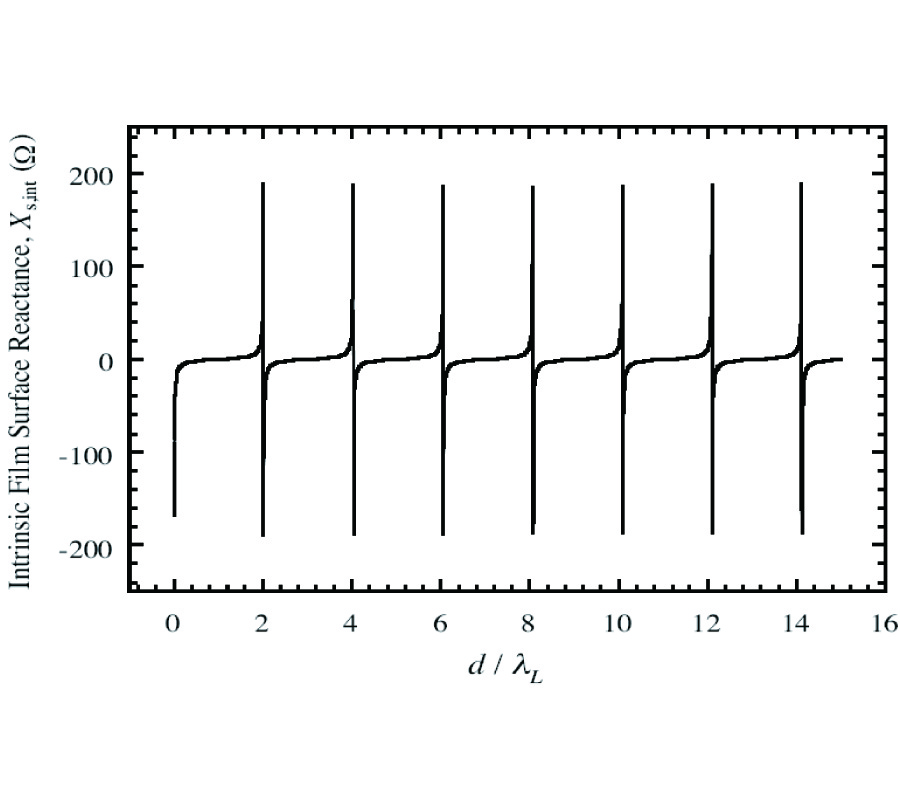 The intrinsic microwave surface impedance for a nearly ferroelectric superconducting film of finite thickness in the dielectriclike response is theoretically investigated. It is based on the electrodynamics of a nearly ferroelectric superconductor that incorporates the Maxwell's equations, the lattice equations for an ionic lattice, and the superconducting London equation as well. It is found that the surface resistance will be enhanced with decreasing the film thickness when the thickness is less than the London penetration depth. However it will begin to resonate as a function of film thickness at the thickness being more than one London penetration depth. The anomalous resonance peaks occur when the thickness equals the even multiple of the London penetration depth. In the frequency-dependent surface resistance, the number of the resonance peaks is strongly dependent on the film thickness, increasing with increasing the thickness. In addition, these peaks are not regularly spaced at a fixed interval. Discussion on this anomaly in the surface resistance will be given. 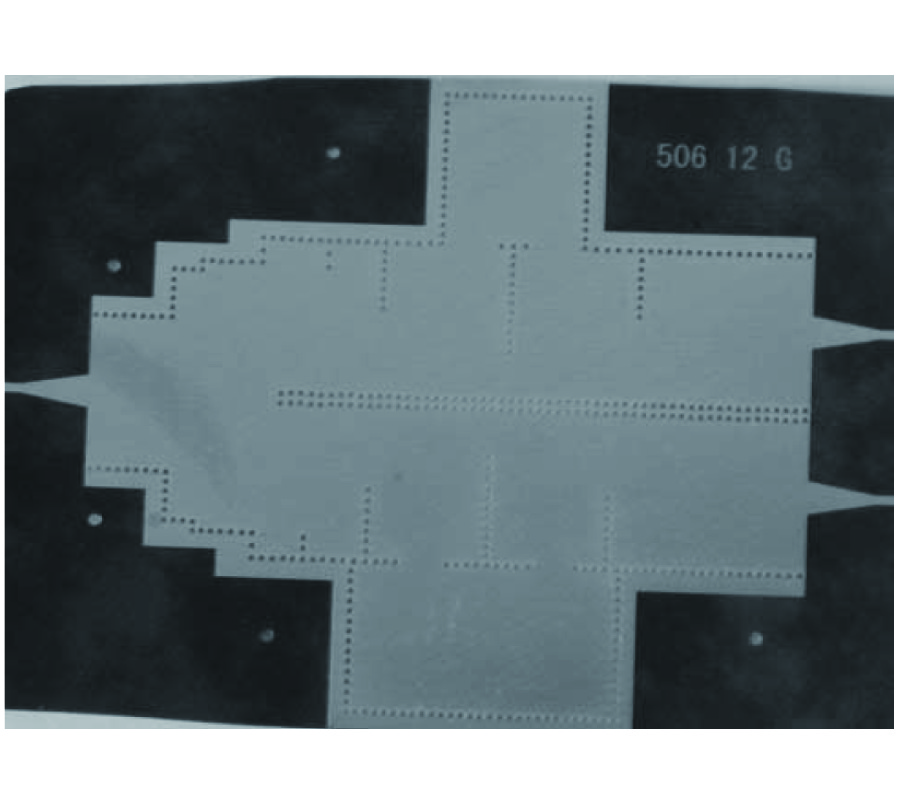 In recent years, there has been significant research interest in microwave applications of defected ground structures. In this paper, three kinds of Periodic Defected Ground Structures are analyzed to assess their effects on surface and leaky waves. To achieve this purpose, the finite element method accompanied by Periodic boundary conditions is used to show the propagation characteristics of these periodic structures. Also, the existence of surface wave reduction property is investigated and finally the simulation Results are compared to the experimental results with reasonable agreement.

With the use of scalar field approximation we make an analytical study of a dielectric waveguide whose core cross-section is bounded by two spirals of the form 1/r = ξθ. This waveguide is similar to that of a distorted slab waveguide in which both a curvature and a flare are present. We derived the modal characteristic equation by analytical analysis under the weak guidance approximation. We find the modal dispersion curve, which support only single mode propagation and the same compared with the same kind of waveguide with metal claddings.