In this paper, some important concepts about the defected microstrip structure (DMS) and defected ground structure (DGS) interconnections are introduced. In concept number one, three different types of interconnections are analyzed for determining the unit length and frequency dependent characteristics, based on the perturbed direct and return current paths and electromagnetic (EM) simulations. Therefore, the proposed interconnections with nonuniform circuit and ground planes (DMS and DGS) can be modeled using the uniform circuit and ground planes with frequency dependent unit length parameters. This concept can be used for designing the microwave circuits loaded with DMS or DGS. Results show that the unit length parameters are the same at high frequencies but different at low frequencies due to the different current distributions and consequently different geometry shapes. In concept number two, the level of radiation in these interconnections due to the area of defects is determined and compared. The very large radiation, due to large etched area on ground plane, is a deficiency of DGS interconnections. Using the DMS version, the harmful radiation can be decreased effectively. In concept number three, the level of transition from passband to stopband is calculated and compared. Sharper transition can better suppress the band spurious signals. Finally, all performances are tabulated and compared. 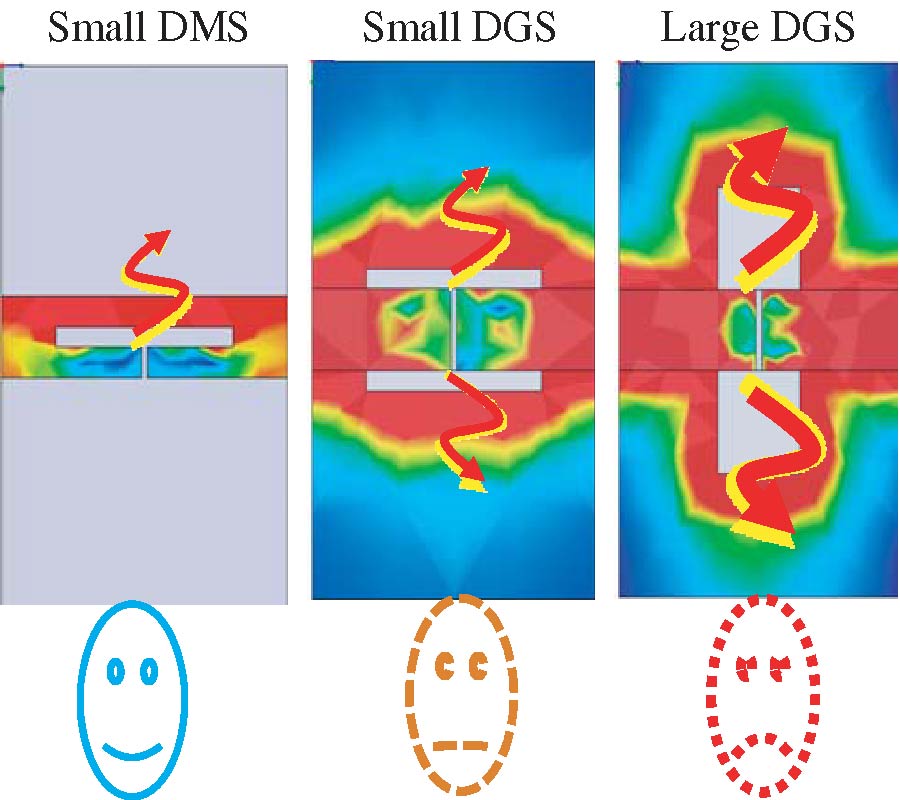