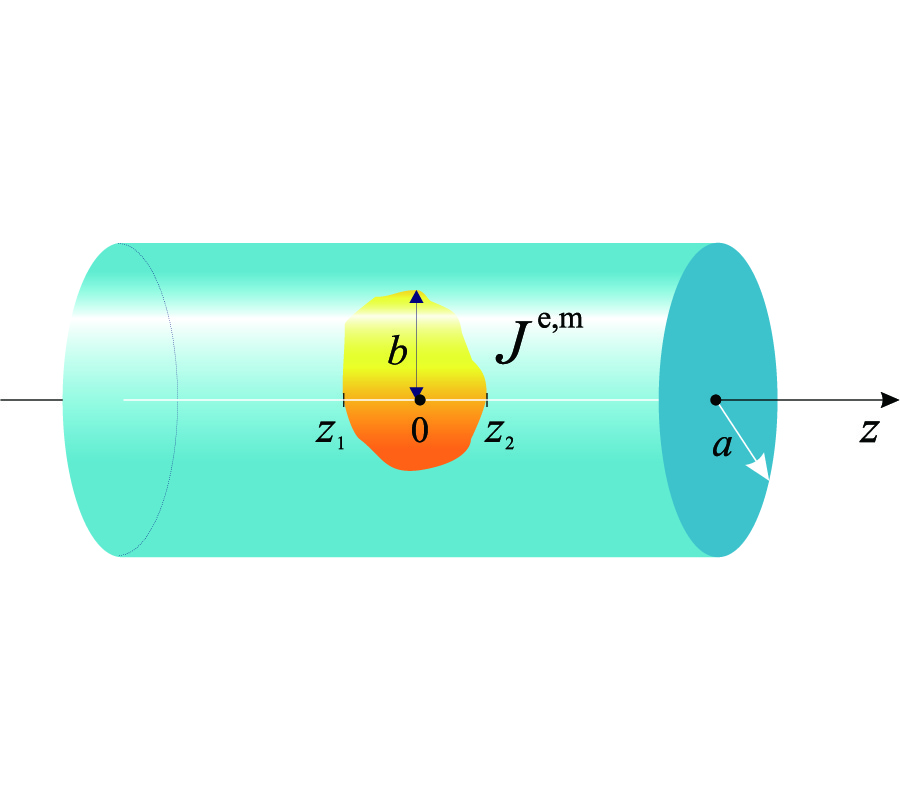 A study is made of the excitation of electromagnetic waves by spatially bounded, arbitrary sources in the presence of a cylindrical guiding structure immersed in an infinitely extended, homogeneous gyrotropic medium whose permittivity and permeability are both describable by tensors with nonzero off-diagonal elements. The axis of symmetry of the considered cylindrical structure is assumed to coincide with the gyrotropic axis. The total field is sought in terms of vector modal solutions of the source-free Maxwell equations. We determine the content of the modal spectrum and obtain an eigenfunction expansion of the source-excited field in terms of discreteand continuous-spectrum modes. The expansion coefficients of the modes are derived in explicit form. An expression for the total power radiated from sources is deduced and analyzed. It is shown that the developed approach makes it possible to readily represent the sourceexcited field without preliminary calculation of the dyadic Green's functions, which significantly facilitates the field evaluation. 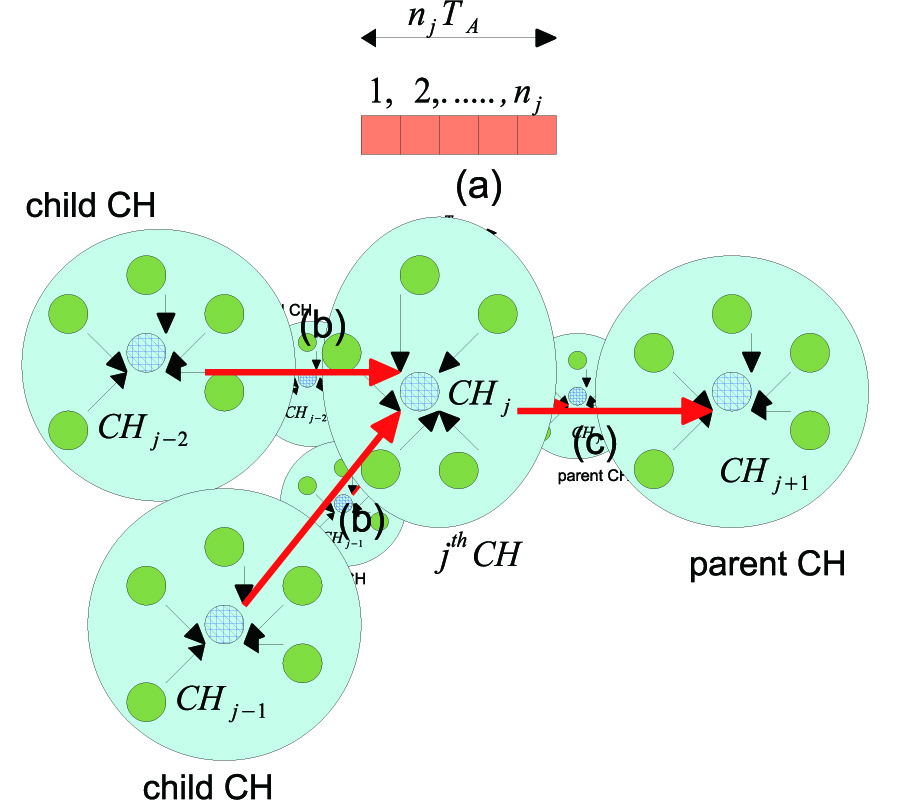 An Estimation of Sensor Energy Consumption

A comprehensive energy model for wireless sensor networks is provided by considering seven key energy consumption sources some of which are ignored by currently available models. We demonstrate the importance of using such a comprehensive model by comparing it to other existing energy models in terms of the lifetime of a sensor node. We use our model to evaluate energy consumption and node lifetime for a sensor network with fixed configuration and we validate this evaluation by simulation. We show that existing energy models over-estimate life expectancy of a sensor node by 30-58% and also results in ``optimised" number of clusters which is too large. We further make the following two observations: 1) the optimal number of clusters increases with the increase of free space fading energy, 2) for sensor networks with 100 sensors over area of 104-105 [m2], finding the optimal number of clusters becomes less important when free space fading energy is very low (less than 1670 pJ/bit/m2), while for larger networks, on the other hand, cluster optimization is still important even if free space fading energy is low. Guidelines for efficient and reliable sensor network design as well as extension to a sensor network with rotating cluster heads are provided. 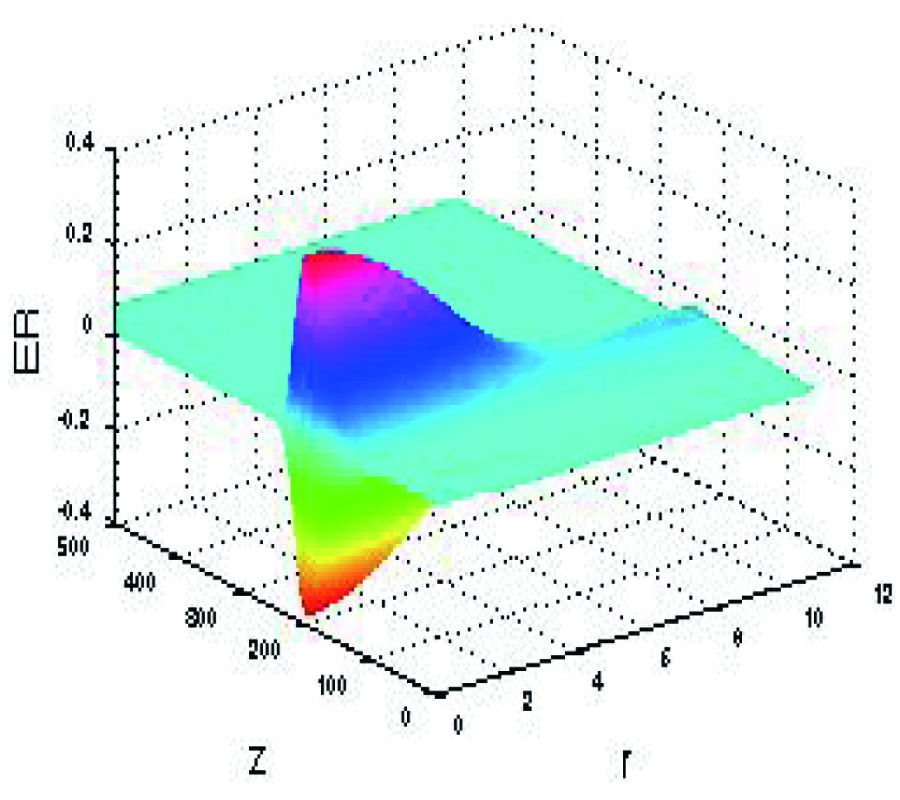 Ultra-short pulse is a promising technology for achieving ultra-high data rate transmission which is required to follow the increased demand of data transport over an optical communication system. Therefore, the propagation of such type of pulses and the effects that it may suffer during its transmission through an optical waveguide have received a great deal of attention in the recent years. Our goal in this paper is to study the propagation characteristics of that pulse in a nonlinear optical fiber. In analyzing these characteristics, the nonlinear effects along with the dispersion are taking into account. Additionally, the considered nonlinear effects include self phase modulation (SPM) and stimulated Raman scattering (SRS). The problem to be processed is modeled using the finite difference time domain (FDTD) technique which represents an efficient tool in achieving the required purpose. Because of the symmetrical structure of the optical waveguide, the FDTD modeling of bodies of revolution (BOR) in cylindrical coordinates is the most preferable algorithm in analyzing our problem. The FDTD treatment of dispersion and nonlinearity of the optical waveguide is accomplished through the direct integration method. In addition, the Lorentzian model is chosen to represent the dielectric properties of the optical fiber. The azimuthal symmetry of optical fiber enables us to use a two-dimensional difference lattice through the projection of the three-dimensional coordinates (r, φ, z) into the (r, z) plane. Extensive numerical results have been obtained for various cavity structures. 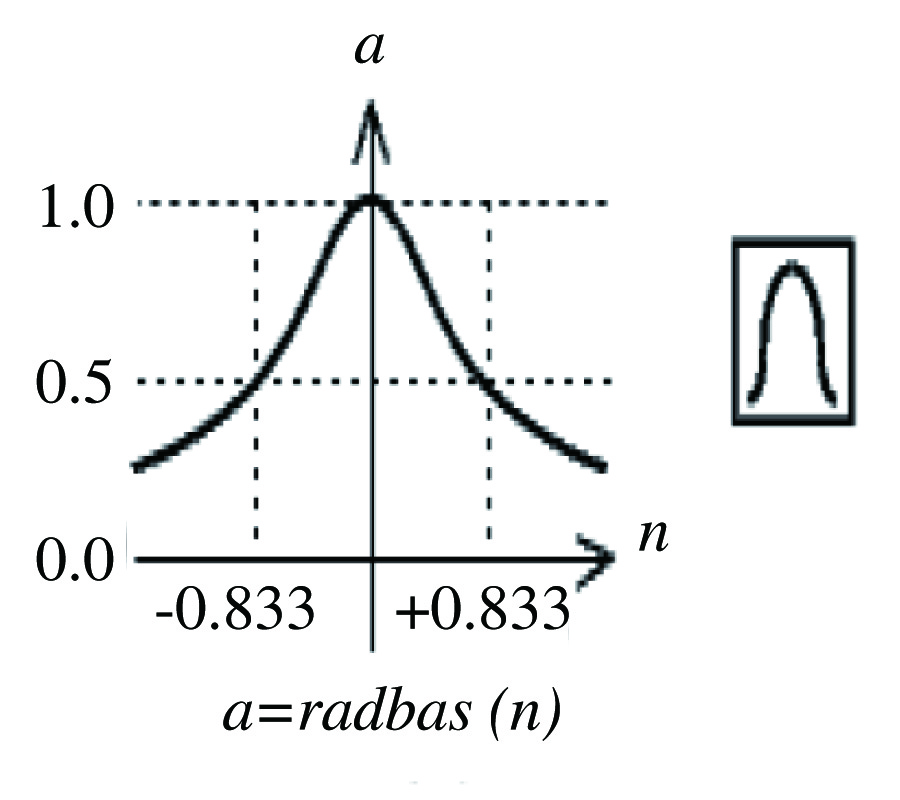 An outdoor crop-bed was prepared to observe scatterometer response in the angular range of 20ο to 70ο at VV- and HHpolarization. The soil moisture and crop variables like plant height, leaf area index and biomass of crop ladyfinger were measured at different growth stages of the crop ladyfinger. Temporal variation in scattering coefficient was found highly dependent on crop variables and observed to increase with the increase of leaf area index and biomass for both polarizations. In this paper, a novel approach is proposed for the retrieval of soil moisture and crop variables using ground truth microwave scatterometer data and artificial neural network (ANN). Two different variants of radial basis function neural network (RBFNN) algorithms were used to approximate the function described by the input output relationship between the scattering coefficient and corresponding measured values of the soil moisture and crop variables. The new model proposed in this paper gives near perfect approximation for all three target parameters namely soil moisture, biomass and leaf area index. The retrieval with minimal error obtained with the test data confirms the efficacy of the proposed model. The generalized regression network was observed to give minimal system error at a much lower spread constant. 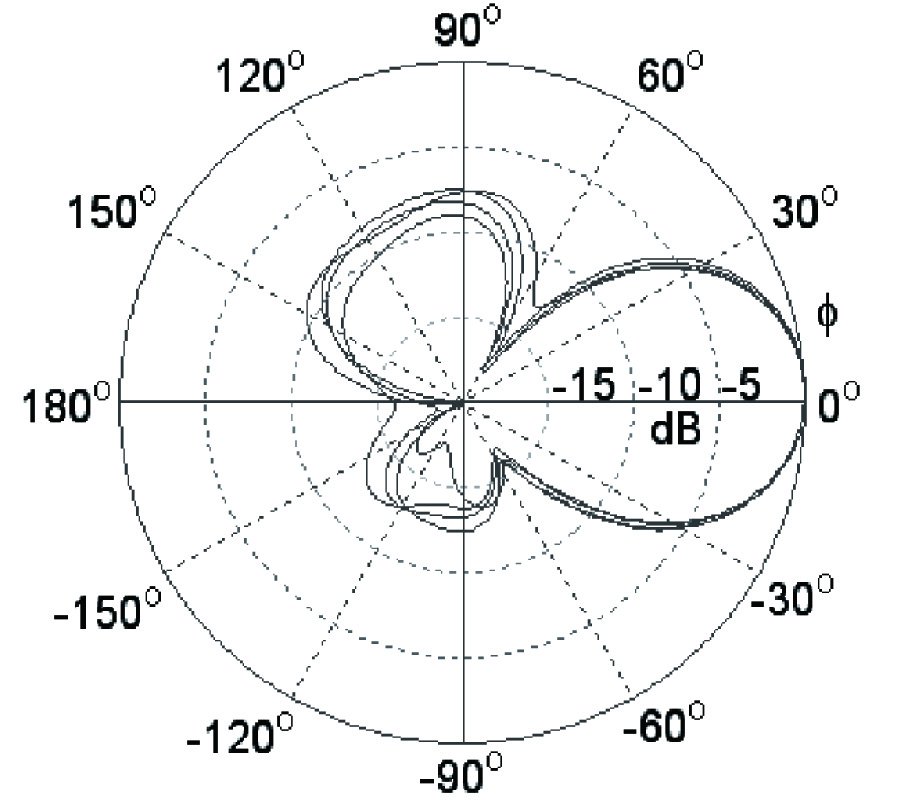 Design of a Wideband Espar Antenna for Dvb-T Reception

The design of an optimized Wideband Electronically Steerable Passive Array Radiator (W-ESPAR) antenna, for Terrestrial Digital Video Broadcasting (DVB-T) reception, is proposed. A genetic algorithm is used in order to calculate the positions and lengths of antenna elements (structural parameters) and loading conditions (control parameters). A nine-element W-ESPAR antenna with one element active and eight passive can have one directive beam per channel, with mean gain of 9 dBi, reflection factor less than 0.2 and input impedance around 75 Ohms. Computer simulations have shown that one main lobe may be achieved in the same direction and for all UHF channels, from 470MHz to 890 MHz. The analytical results for the design are provided, and they show that the proposed W-ESPAR antenna is suitable for portable DVB-T reception. 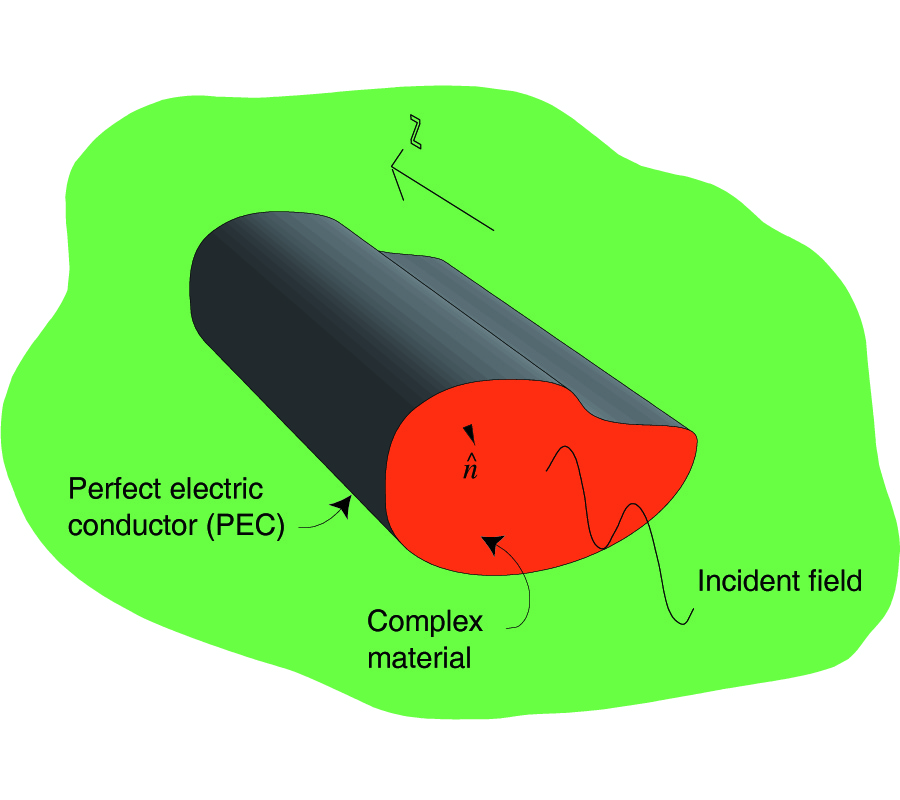 Determination of Propagation Constants and Material Data from Waveguide Measurements

This paper presents an analysis with the aim of characterizing the electromagnetic properties of an arbitrary linear, bianisotropic material inside a metallic waveguide. The result is that if the number of propagating modes is the same inside and outside the material under test, it is possible to determine the propagation constants of the modes inside the material by using scattering data from two samples with different lengths. Some information can also be obtained on the cross-sectional shape of the modes, but it remains an open question if this information can be used to characterize the material. The method is illustrated by numerical examples, determining the complex permittivity for lossy isotropic and anisotropic materials. 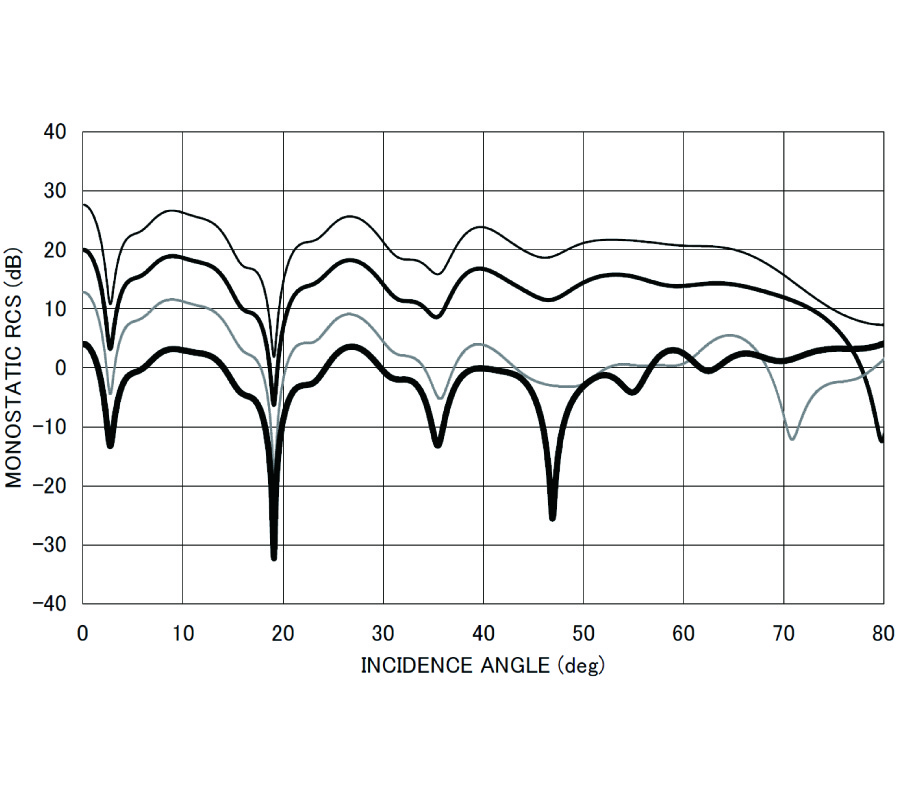 Diffraction by a Terminated, Semi-Infinite Parallel-Plate Waveguide with Four-Layer Material Loading: the Case of h Polarization

The diffraction by a terminated, semi-infinite parallelplate waveguide with four-layer material loading is rigorously analyzed for the H-polarized plane wave incidence by means of the Wiener-Hopf technique. Introducing the Fourier transform for the unknown scattered field and applying boundary conditions in the transform domain, the problem is formulated in terms of the simultaneous Wiener-Hopf equations. The Wiener-Hopf equations are solved via the factorization and decomposition procedure together with the use of the edge condition leading to exact and approximate solutions. The scattered field inside and outside the waveguide is evaluated by taking the inverse Fourier transform and applying the saddle point method. Numerical examples on the radar cross section (RCS) are presented for various physical parameters, and the backscattering characteristics of the waveguide are discussed. 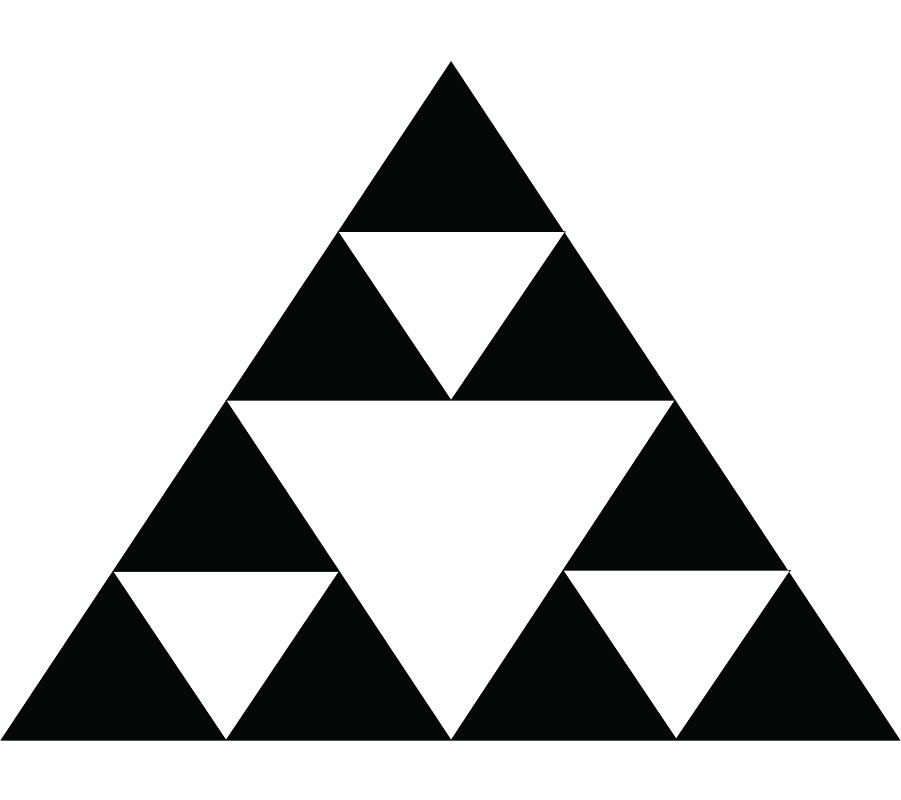 Fractals contain an infinite number of scaled copies of a starting geometry. Due to this fundamental property, they offer multiband characteristics and can be used for miniaturization of antenna structures. In this paper, electromagnetic transmission through fractal shaped apertures in an infinite conducting screen has been investigated for a number of fractal geometries like Sierpinski gasket, Sierpinski carpet, Koch curve, Hilbert Curve and Minkowski fractal. Equivalence principle and image theory are applied to obtain an operator equation in terms of equivalent surface magnetic current over the aperture surface. The operator equation is then solved using method of moments (MoM) with the aperture surface modeled using triangular patches. Numerical results are presented in terms of transmission coefficient and transmission cross-section for both parallel and perpendicular polarizations of incident plane wave which show the existence of multiple transmission bands. 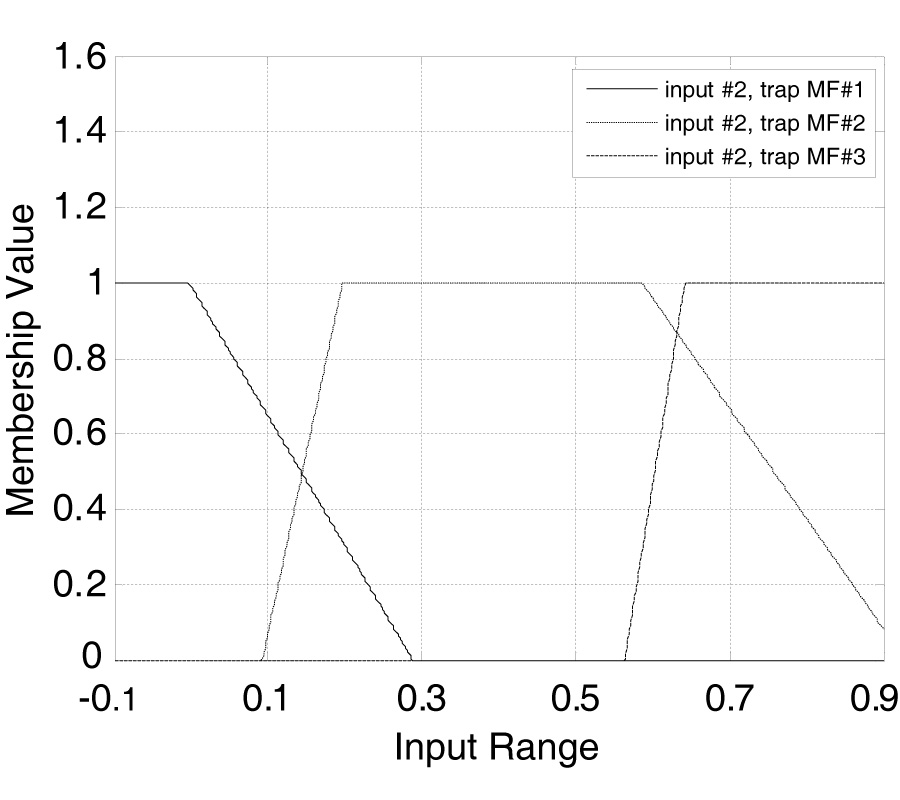 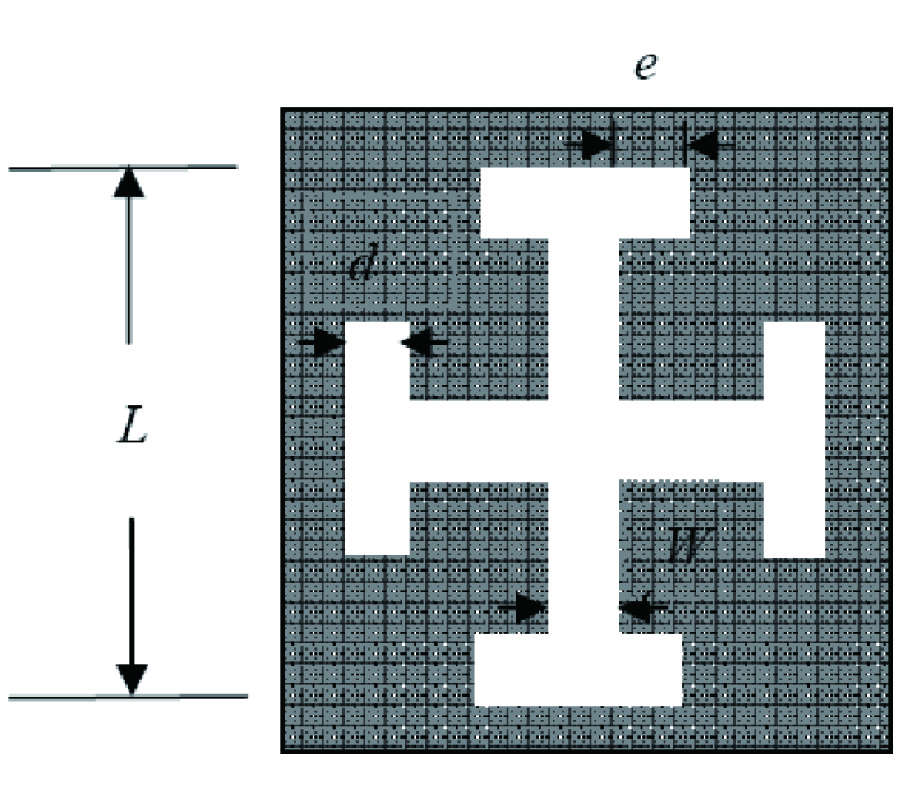 In this paper, frequency selective surfaces (FSSs) are analyzed and designed. The analytical procedure is based on method of moments (MoM). The generalized minimal residual recursive method combined with fast Fourier transform (GMRESR-FFT) is utilized to accelerate the solution of the matrix equation. Our numerical results show that the GMRESR-FFT method can converge at least 3 times faster than the generalized minimal residual fast Fourier transform method (GMRES-FFT). In this paper, the cross dipoles are first used to design the FSS filter with a passband at 300 GHz and a stopband at 450 GHz, and then the Jerusalem cross slots are utilized to avoid grating lobes and improve the bandwidth of FSS. Numerical results demonstrate the validity and efficiency of the presented method.

This paper introduces a planar μ-negative (MNG) metamaterial structure, called double-sided split ring resonator (DSRR), which combines the features of a conventional SRR and a broadside-coupled SRR (BC-SRR) to obtain much better miniaturization at microwave frequencies for a given physical cell size. In this study, electromagnetic transmission characteristics of DSRR, BC-SRR and conventional SRR are investigated in a comparative manner for varying values of substrate parameters which are thickness, the real part of relative permittivity and dielectric loss tangent. Simulation results have shown that magnetic resonance patterns of all these three structures are affected in a similar way from variations in permittivity and in loss tangent. However, changes in substrate thickness affect their resonance characteristics quite differently: In response to decreasing substrate thickness, resonance frequency of the SRR increases slowly while the bandwidth and the depth of its resonance curve do not change much. For the DSRR and BCSRR structures, on the other hand, resonance frequency, half power bandwidth and the depth of resonance curve strongly decrease with decreasing substrate thickness. Among these three structures, all having the same unit cell dimensions, the newly suggested DSRR is found to reach the lowest resonance frequency, hence the smallest electrical size, which is a highly desired property not only for more effective medium approximation but also for miniaturization in RF design. The BC-SRR, on the other hand, provides the largest resonance bandwidth which is almost three times of the resonance bandwidth of the SRR. The bandwidth of the DSRR approaches to that of the BC-SRR as the planar separation between its inner and outer rings increases. 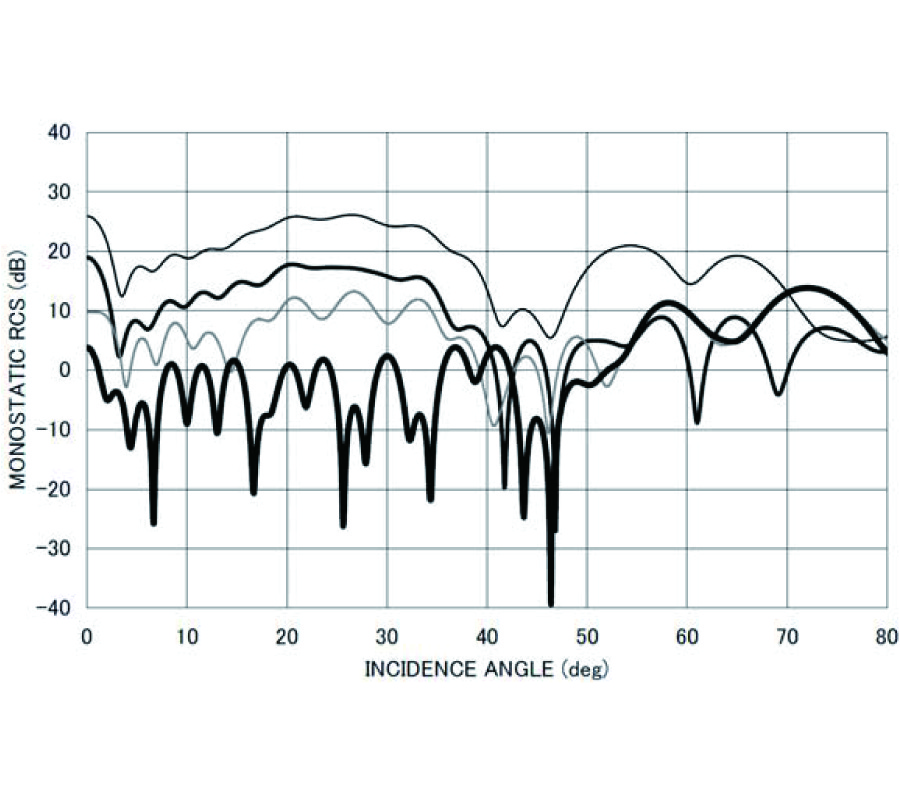 The plane wave diffraction by a terminated, semi-infinite parallel-plate waveguide with four-layer material loading is rigorously analyzed using the Wiener-Hopf technique. Introducing the Fourier transform for the unknown scattered field and applying boundary conditions in the transform domain, the problem is formulated in terms of the simultaneous Wiener-Hopf equations satisfied by the unknown spectral functions. The Wiener-Hopf equations are solved via the factorization and decomposition procedure leading to the exact solution. The scattered field in the real space is evaluated by taking the inverse Fourier transform and using the saddle point method. Representative numerical examples of the radar cross section (RCS) are presented, and the far-field scattering characteristics of the waveguide are investigated in detail.