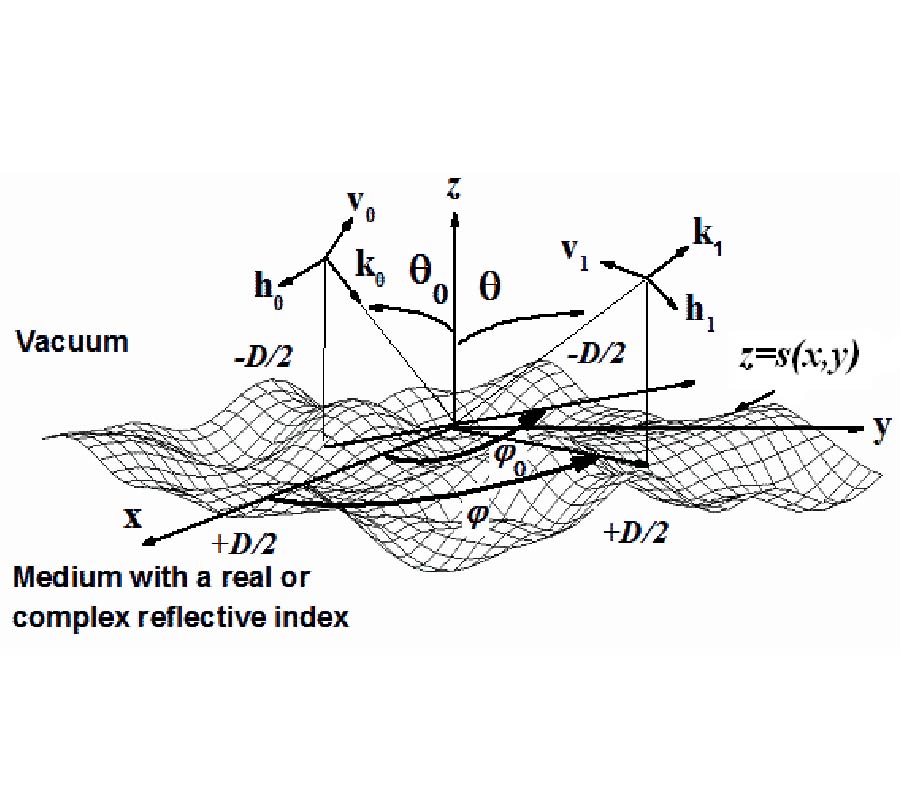 The C-method is an exact method for analyzing gratings and rough surfaces. This method leads to large-size dense complex non-Hermitian eigenvalue. In this paper, we introduce a parallel QR algorithm that is specifically designed for the C-method. We define the ``early shift'' for the matrix according to the observed properties. We propose a combination of the ``early shift'', Wilkinson's shift and exceptional shift together to accelerate convergence. First, we use the ``early shift'' in order to have quick deflation of some eigenvalues. The multi-window bulge chain chasing and parallel aggressive early deflation are used. This approach ensures that most computations are performed in level 3 BLAS operations. The aggressive early deflation approach can detect deflation much quicker and accelerate convergence. Mixed MPI-OpenMP techniques are used for performing the codes to hybrid shared and distributed memory platforms. We validate our approach by comparison with experimental data for scattering patterns of two-dimensional rough surfaces.

The near fields in the proximity of a small ferrite particle with magnetic-dipolar-mode (MDM) oscillations have space and time symmetry breakings. Such MDM-originated fields --- called magnetoelectric (ME) fields --- carry both spin and orbital angular momentums. By virtue of unique topology, ME fields are strongly different from free-space electromagnetic (EM) fields. In this paper, we show that because of chiral topology of ME fields in a near-field region, farfield orbital angular momenta (OAM) can be observed, both numerically and experimentally. In a single-element antenna, we obtain a radiation pattern with an angular squint. We reveal that in far-field microwave radiation a crucial role is played by the ME energy distribution in the near-field region. 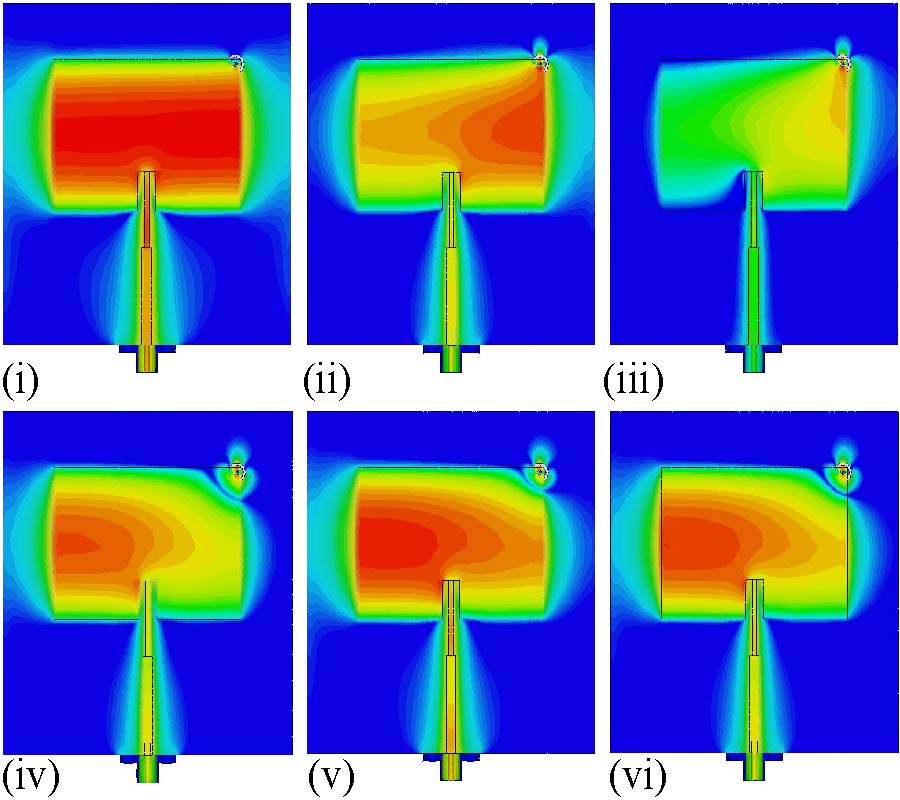 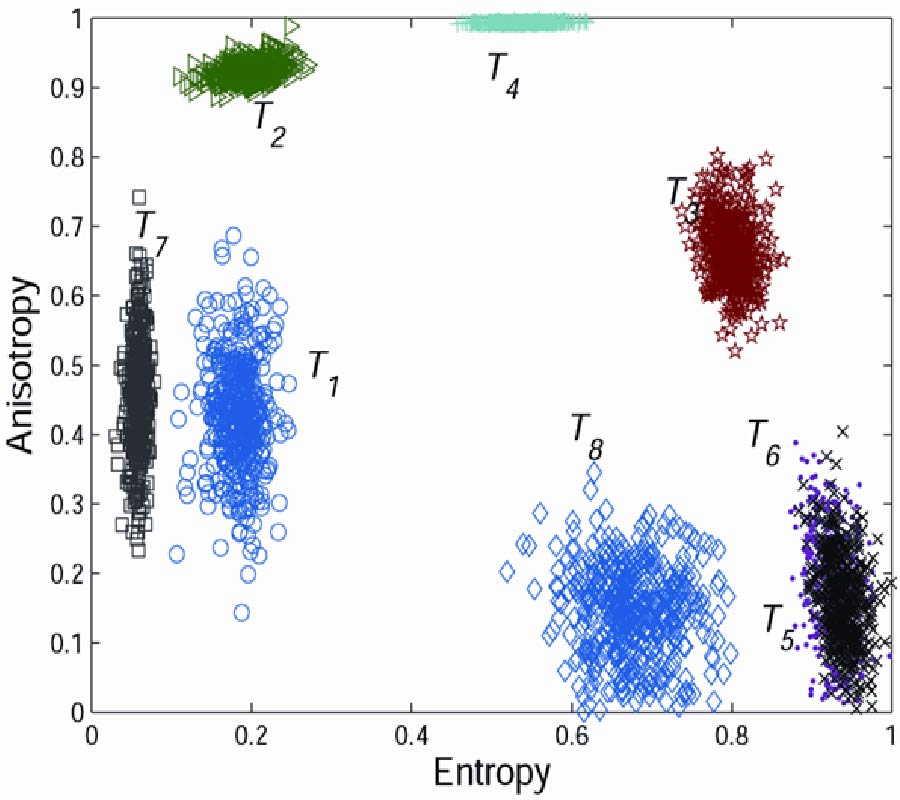 Classification of land cover types is one important application of polarimetric synthetic aperture radar (PolSAR) remote sensing. There are numerous features that can be extracted from PolSAR images. Among them, eigenvalues λi, entropy H, alpha angle α, and anisotropy A are effective and popular tools for the analysis and quantitative estimation of the physical parameters. Nevertheless, the speckle noise appearing in PolSAR images reduces the accuracy of image classification. Consequently, it should be filtered correctly. Generally, filtering PolSAR data generate biased estimates of λi/H/A/α parameters. In this paper, we studied the effects of bias compensation on supervised and unsupervised PolSAR image classification. We applied the asymptotic quasi maximum likelihood estimator AQ-MLE and Yahia/Aguili's bias compensation methods. To improve the classification accuracies, we demonstrated that bias compensation must be associated with speckle reduction. The combination of the span with biased parameters reduced the effects of bias but did not eliminate it totally. Simulated and real data were used for validation.

In this paper, we focus on the 3D SC model reconstruction from data with wide azimuthal aperture at a single elevation. Since the existing method is difficult to implement for high-frequency signal or large-size target, we propose a modified RANSAC method for the extraction. In our approach, the 3D positions of the SCs are estimated from the 1D SCs via a modified RANSAC method. Then the scattering coefficients are refined via a linear least squares algorithm. The approach is robust with noise because the RANSAC method is able to tolerate a tremendous fraction of outliers. Moreover, it does not suffer from limited accuracy caused by the discretization of the parameter space in [13]. Experiments demonstrate the effectiveness of the proposed approach.

The problem of axially-symmetric TM-wave diffraction from a perfectly conducting bi-cone is analyzed. Bi-cone is formed by finite and semi-infinite conical shoulders and illuminated by ring magnetic source. The problem is formulated in a spherical coordinate system as a mixed boundary problem for Helmholtz equation. The unknown Hφ-diffracted field is sought as expansion in series of eigenfunctions for each region, formed by the bi-cone. The solution of the problem then is reduced to the infinite set of linear algebraic equations (ISLAE) of the first kind by means of mode matching technique and orthogonality properties of the eigen functions. The main parts of the asymptotic expressions of ISLAE matrix elements, determined for large indexes, identify the convolution type operator. The corresponding inversed operator is represented in an explicit form. Two of these operators are applied to reduce the problem to the ISLAE of the second kind and to determine the new analytical regularization method for the solution of wave diffraction problems for bi-conical scatterers. The unknown expansion coefficients can be determined from the ISLAE with the given accuracy by the reduction method. The particular cases such as low frequency approximation and transition from bi-cone to conical monopole and disc-cone scatterer are analyzed. The numerically obtained results are applied to the analysis of scattering properties of hollow conical monopoles and disc-conical scatterers.

In this paper, low side lobe radiation pattern (i.e., pencil-beam pattern) synthesis problem is formulated for symmetric linear antenna arrays. Different array parameters (feed current amplitudes, feed current phase, and array elements positions) are considered as the optimizing variables. The newly proposed evolutionary algorithm, Symbiotic Organisms Search (SOS), is employed to solve such a pattern optimization problem. The design objective is to obtain radiation patterns with very low interference in the entire side lobes region. In this context, SOS is used to minimize the maximum side lobe level (SLL) and impose nulls at specific angles for isotropic linear antenna arrays by optimizing different array parameters (position, amplitude, and phase). The obtained results show the effectiveness of SOS algorithm compared to other well-known optimization methods, like Particle Swarm Optimization (PSO), Biogeography-based optimization (BBO), Genetic Algorithm (GA), Firefly Algorithm (FA), and Taguchi method. Unlike other optimization methods, SOS is free of tuning parameters; one just has to set the value of the population size and the number of iterations. Moreover, SOS is robust and is characterized by relatively fast convergence and ease of implementation.

Pattern reconfigurable antennas (beam steerable antennas) are essential for various applications in electronic engineering such as telecommunication and radar. They mitigate interference by channelling the antenna's radiation to the direction of interest. This ability is vital for millimetre wave frequency applications such as small cell backhaul links where high path loss, attenuation from obstacles, and misalignment due to wind sway and accidents are prevalent. Several techniques have been used to implement beam steering over the years, most of which achieves steering at the expense of antenna performance. In this article, we surveyed the various techniques used in achieving beam steering and analyse each based on some figures of merit with the aim of identifying areas of improvements for each beam steering technique. 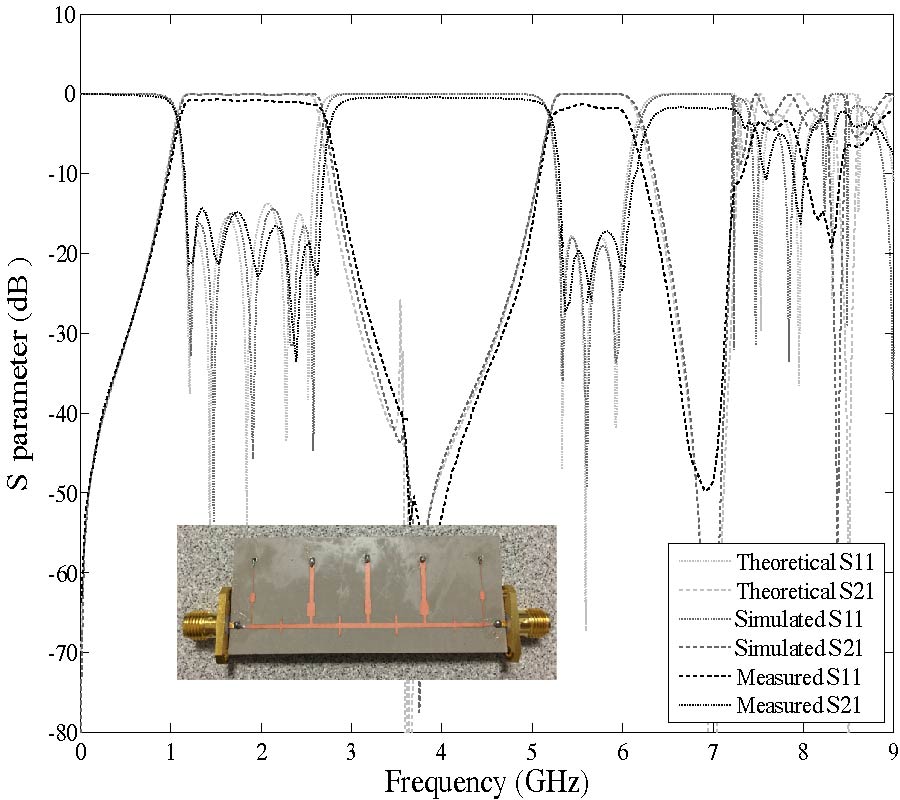 This paper presents a novel design of dual-band filters with individually controllable passband responses and orders. Besides the center frequency and bandwidth, the response and order of each passband can be different and controlled individually. The dual-band filter is formed by synthesizing each filter element (resonator, inverter) one by one, exploiting the corresponding individual single-band filters design tables/formulas for different prototype responses and orders. Trisection stepped-impedance resonators (TSSIR) are adopted with novel considerations as dual-band resonators, whose additional design parameters could help to realize the required in-band responses (resonances, slope parameters) and improve simultaneously the out-of-band performances (transmission zeros of TSSIR). Furthermore, they can be used to design a dual-band filter with far separation between two passbands. Meanwhile, stepped-impedance inverters are chosen as dual-band inverters with novel additional conditions to obtain symmetric passbands, which can also provide different inverter immittance parameters J/K at two center frequencies when the response or order of each passband is different. To illustrate the two passbands being controlled individually, two dual-band filters with different orders and responses are demonstrated.

A fast and simple design methodology for transformation optics (TO) is described for devices having completely arbitrary geometries. An intuitive approach to the design of arbitrary devices is presented which enables possibilities not available through analytical coordinate transformations. Laplace's equation is solved using the finite-difference method to generate the arbitrary spatial transforms. Simple techniques are presented for enforcing boundary conditions and for isolating the solution of Laplace's equation to just the device itself. It is then described how to calculate the permittivity and permeability functions via TO from the numerical spatial transforms. Last, a modification is made to the standard anisotropic finite-difference frequency-domain (AFDFD) method for much faster and more efficient simulations. Several examples are given at the end to benchmark and to demonstrate the versatility of the approach. This work provides the basis for a complete set of tools to design and simulate transformation electromagnetic devices of any shape and size.