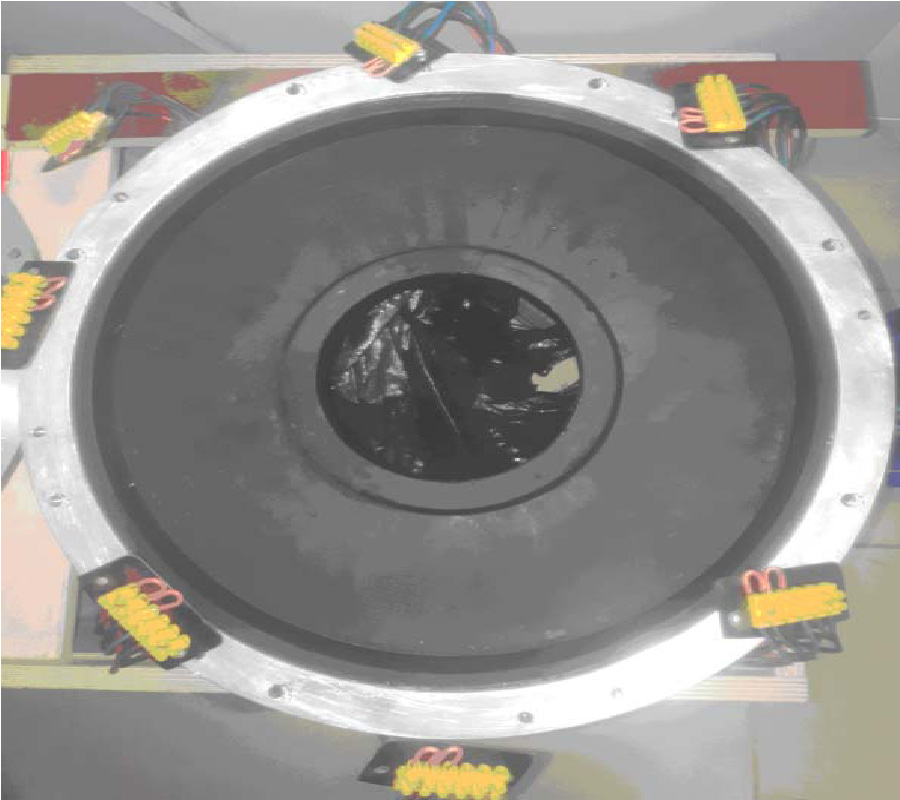 When solving the boundary integral equation with respect to the density of a double layer of fictitious magnetic charges in the case of using a piecewise constant approximation of double layer density, the interface conditions for the field vectors are not fulfilled at any point of the interface between ferromagnetic media. The article shows that these interface conditions are satisfied not discretely but integrally. Based on the proposed integral relations, which are derived from the Ampere's Circuital Law, a new system of linear equations is derived. The system of linear equations is obtained with respect to the piecewise constant approximation coefficients of double layer magnetic charge density. The resulting system of equations does not contain the scalar magnetic potential of free sources. Consequently, this numerical model can be directly applied to the analysis of magnetic field in any multiply connected domains without introducing impenetrable partitions or solving an additional boundary value problem for finding scalar magnetic potential.

Optical amplification by nonlinear wave mixing offers wideband high-gain amplification that is desirable for a variety of applications. When the wave mixing process occurs in an interaction medium with sufficient length, the attained gain per excitation pulse is usually higher than that can be attained by lasers. Furthermore, the bandwidth of amplification via nonlinear wave mixing is much higher than the bandwidth allowed by laser transitions of laser gain media. However, optical amplification by nonlinear wave mixing offers negligible gain in the micrometer scale, due to a very limited length of the interaction medium. In micro-resonators, such a short interaction length does not offer sufficient small signal gain to compensate the round-trip loss. In this study, we present a Fletcher-Reeves algorithm-based nonlinear programming of the wave mixing process that tunes the frequencies of the excitation pulses of the source device in order to provide an ultra-high optical gain in the micro-scale via maximizing the electric energy density in a micro-resonator. Using this smart wave mixing approach, we obtained a micro-resonator gain of 4.7x107 for an input wave at 640 THz, and a gain of 1.5x108 at 100 THz. The results of our mathematical formulation are compared with well-known experimental results, and a mean accuracy of 99% is observed. The study aims to show that optical amplifiers that are based on the principle of nonlinear wave mixing can be used in the micro-scale for wideband ultra-high gain operation. 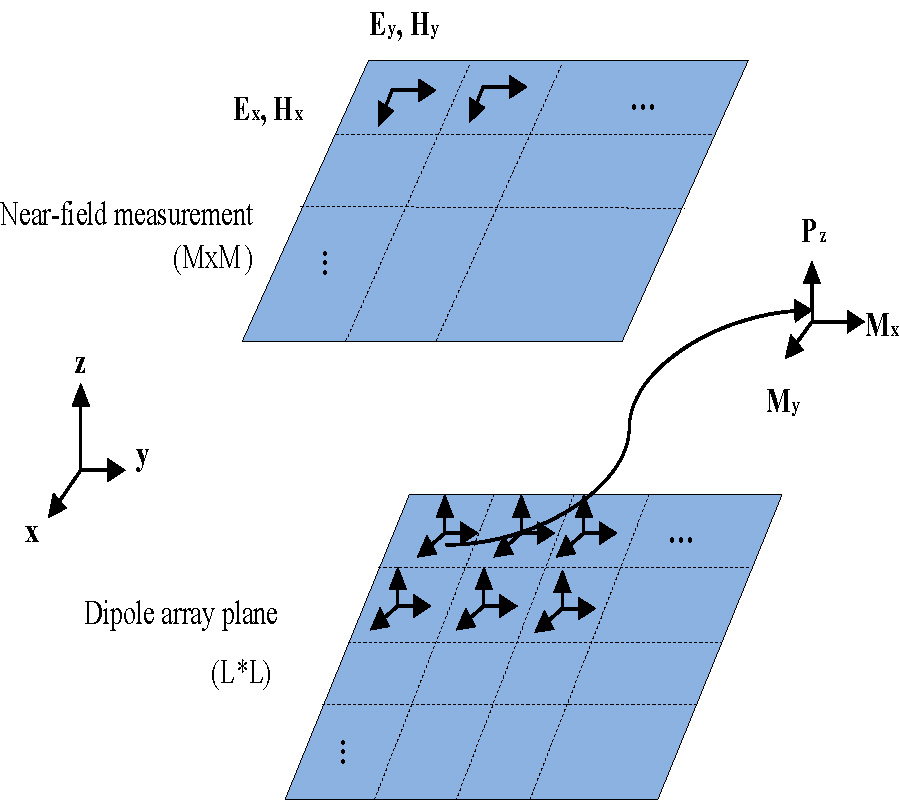 To ensure better performance of modern electronic systems with electromagnetic compatibility (EMC) compliances, the reduction of electromagnetic interference (EMI) between modules or components of an integrated circuit (IC) is necessary. This can be achieved by developing a near field (NF) coupling model of radiating source and victim using analytical, experimental, or numerical simulation techniques. The accurate modeling of a radiation source can be performed using an array of elementary dipole moments obtained using near-field scanning measurement. This paper discusses the various techniques used in the equivalent dipole moment model to reduce the complexity and simulation time and at the same time increase the accuracy and reliability.

We present a general theory of linear continuous circuits (microwave networks, waveguides, transmission lines, etc.) based on Lie theory. It is shown that the fundamental relationship between the low- and high-frequency circuits can be fully understood via the machinery of Lie groups. By identifying classes of distributed-parameter circuits with matrix (Lie) groups, we manage to derive the most general differential equation of the n-port network, in which its low-frequency (infinitesimal) circuit turns out to be the associated Lie algebra. This equation is based on identifying a circuit Hamiltonian derived by heavily exploiting the Lie-group-theoretic structure of continuous circuits. The solution of the equation yields the circuit propagator and is formally expressed in terms of ordered exponential operators similar to the quantum field theory's formula of perturbation theory (Dyson expansion). Moreover, the infinitesimal operators generating the per-unit-length lumped element local circuit approximation appear to correspond to operators (such as observables) in quantum theory. This analogy between quantum theory and circuit theory through a shared Hamiltonian and propagator structure is expected to be beneficial for the two separate disciplines both conceptually and computationally. Several applications are presented in the field of microwave network analysis where we introduce and study the Lie algebras of important generic classes of circuits, such as lossless, reciprocal, and nonreciprocal networks. Applications to the problems of generalized matching and representation theorems in terms of uniform transmission lines are also outlined using topological methods derived from our Lie-theoretic formulation and exact theorems on continuous matching are obtained to illustrate the potential practical use of the theory. 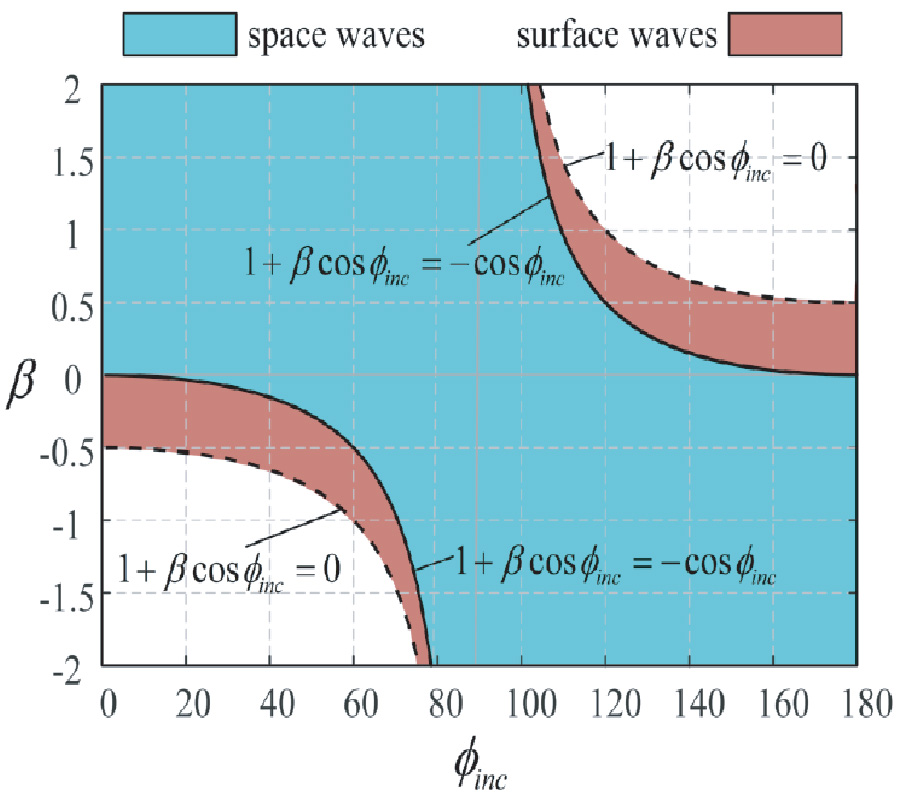 Scattering of homogeneous plane waves by a Perfect Electric Conductor half-plane in uniform rectilinear motion in a simple lossless medium is investigated using Wiener-Hopf Technique in the context of Hertzian Electrodynamics. The cases of motion being parallel and perpendicular to the plane are tackled separately. Restrictions on incidence angle vs. speed for the realization of scattering phenomena are investigated in each case. Parallel motion mode reveals the possibility of excitation of surface waves upon reflection, which also contribute to edge diffraction mechanism. Numerical results are illustrated and discussed for scattered fields. Comparative theoretical results for the solution of the same problem using Special Relativity Theory are provided and discussed.

We deploy the general momentum space theory developed in Part I in order to explore nonlocal radiating systems utilizing isotropic spatially-dispersive metamaterials. The frequency-dependent angular radiation power density is derived for both transverse and longitudinal external sources, providing detailed expressions for some special but important cases like time-harmonic- and rectangular-pulse-excited small dipoles embedded into such isotropic metamaterial domains. The fundamental properties of dispersion and radiation functions for some of these domains are developed in examples illustrating the features in nonlocal radiation phenomena, including differences in bandwidth and directivity performance, novel virtual array effects, and others. In particular, we show that by a proper combination of transverse and longitudinal modes, it is possible to attain perfect isotropic radiators in domains excited by small sinusoidal dipoles. The directivity of a nonlocal small antenna is also shown to increase by possibly four times its value in conventional local domains if certain design conditions are met.

Theory of Electromagnetic Radiation in Nonlocal Metamaterials --- Part I: Foundations

Nonlocal radiating systems are new functional structures composed of externally applied currents radiating in nonlocal material domains, for example hot plasma, optically active media, or nanoengineered spatially dispersive metamaterials. We here develope the requisite mathematical foundations of the subject needed for investigating how such new generation of radiating systems may be analyzed at a very general level (Part I), while radiation pattern constructions for applications are provided in Part II. A key feature in our approach is the adoption of a fully-fledged momentum space perspective, where the spacetime Fourier transform method is exploited to derive, analyze, and understand how externally-controlled currents embedded into nonlocal media radiate. In particular, we avoid working in the spatio-temporal domain popular in conventional local radiation theory. Instead, we focus on the basic but nontrivial problem of infinite generic (anisotropic or isotropic) homogeneous nonlocal domain excited by an external source and investigate this structure in depth by deriving the dyadic Green's functions of nonlocal media in momentum space. Afterwords, the radiated energy in the far-zone is estimated directly in the spectral domain using a generalized momentum space energy density concept after the use of a suitable power theorem. The derived expressions of the radiation power pattern of the source can be computed analytically provided that the medium dielectric functions and the dispersion relation data of the nonlocal metamaterial are available. Detailed examples and applications of the theory and its algorithm are given in Part II of the present paper.

A complete energy harvesting system via Radio Frequency (RF) is designed in a broadcast station where multiple frequency sources are readily available. These frequency sources are the Intermediate Frequency (IF), 70 MHz, Wi-Fi frequency band, 2.4 GHz, and the Ku-band frequency, 13 GHz. The RF source via the Wi-Fi band (2.4GHz) is harvested via a microstrip patch antenna designed with its matching network. The harvested RF energy is transformed into usable DC power via a 8-stage Villard voltage doubler circuit. The DC power is managed by a power management system handled by the BQ25570 circuit which gives a regulated output of 3V, powers up a low power motion sensor and charges a battery at the same time. This system comes with a backup source which is the battery and able to take over the system in case the incoming RF signal fails. The RF energy harvested from the IF 70 MHz and Ku-band at 13 GHz is derived from coupler outputs which are available in broadcast stations, transmission lines, etc. Both these RF signals are converted to DC signals via a 5-stage Villard voltage doubler circuit with different matching networks. The DC power is managed by a power mux via the TPS2122 which selects the highest available power. Over the years, no works on RF harvesting have focused on smart phone charging as its application, due to the limitation in power availability. This work strives to provide enough power to charge phones and effectively gives a 5V output to charge smart phones with a charging current of 0.5A which is similar to a USB charging port. 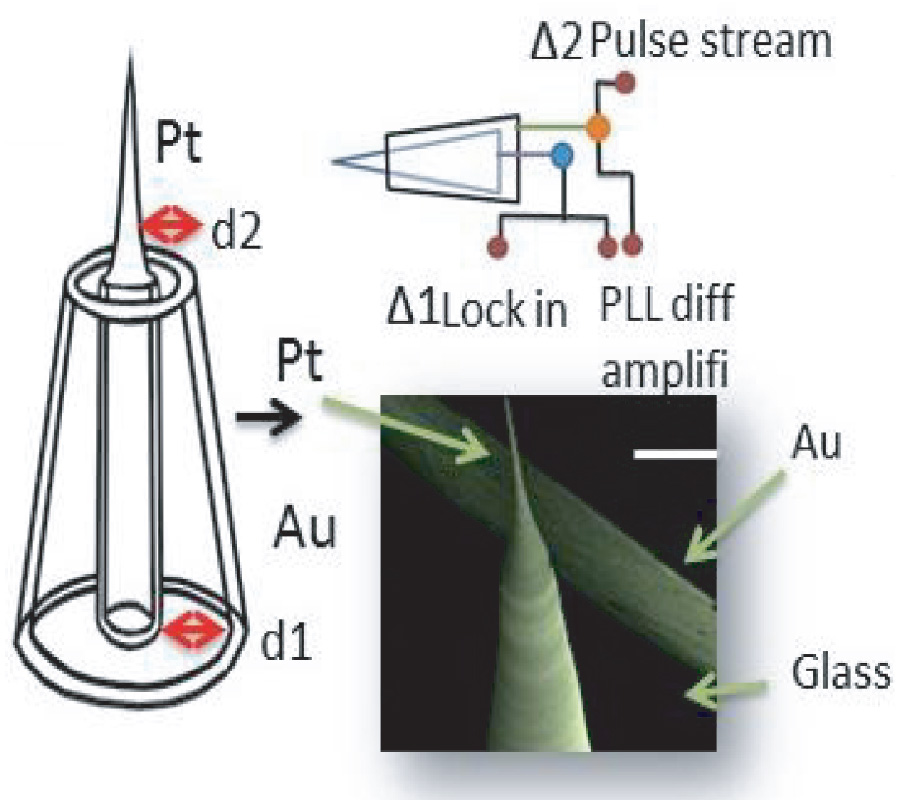 For the last half a century, neurophysiology relies on patch clamp which neutralizes the ions to sense a signal. The smaller the patch, the efficiency is better. However, the limit has not been reached yet, and we accomplish it here. We add a spiral and a ring antenna to a coaxial probe to significantly reduce its self-resonance as the tip filters the ultra-low vibrations of protein's sub-molecular parts (10-18 watts to 10-22 watts) in a living cell environment with 10-6-watt noise. A probe tip added by a cavity resonator & a dielectric resonator acquires four distinct ultra-low noise signals simultaneously from a biomolecule, which is not possible using a patch clamp. Protein transmits ions and small molecules. Our probe estimates the ionic content of the molecule. Simultaneously it also measures the dipolar oscillations of its sub-molecular parts that regulates ionic interaction. We experimentally measure signals over a wide frequency domain. In that frequency domain, we map the mechanical, electrical, and magnetic vibrations of the element and record the relationship between its electric and ionic conductions. Dimension wise it is the ultimate resolution, consistent both in silico & in real experiments with the neuron cells --- the atomic pen instantly monitors a large number of dynamic molecular centers at a time.

Wearable antennas have received a great deal of popularity in recent years owing to their enticing characteristics and opportunities to realize lightweight, compact, low-cost, and versatile wireless communications and environments. These antennas must be conformal, and they must be built using lightweight materials and constructed in a low-profile configuration when mounted on various areas of the human body. These antennas ought to be able to function close to the human body with limited deterioration. These criteria render the layout of wearable antennas demanding, particularly when considering factors such as investigating the usability of textile substrates, high conductive materials during fabrication processes, and the effect of body binding scenarios on the performance of the design. Although there are minor differences in magnitude based on the implementations, several of these problems occur in the body-worn deployment sense. This study addresses the numerous problems and obstacles in the production of wearable antennas, their variety of materials, and the techniques of manufacturing alongside with bending scheme. This is accompanied by a summary of creative features and their respective approaches to address these problems recently raised by work in this area by the science community.