Schools and universities often need to support theoretical lectures on Radio Astronomy with practical lessons; in addition, science centres need instruments to explain this subject to the general public. However, professional radio telescopes are largely inaccessible to students and the public, because they tend to be very costly and are still fairly uncommon. It would seem, therefore, interesting to explore the possibility of designing a low-cost radio telescope for teaching purposes. The most critical part of a radio telescope is its receiver; considering the low intensity of radiation from the radio sky, this needs, among other features, to be very sensitive, necessitating the use of expensive low noise amplifiers, often cooled to low temperatures. For some time now, low-cost components for the reception of satellite TV have been available on the consumer market. These are known as Low Noise Block (LNB) and they include, as a front-end, an amplifier with very low intrinsic noise. In this study, we wanted to test the feasibility of designing and using a 12 GHz total power demonstrative radio telescope, using, as a front-end, an LNB mounted in the focus of an offset parabolic mirror. Unlike other designs, we made the system suitable for environments with high electromagnetic noise, such as schools in urban centres, by using a bandpass filter in the Intermediate Frequency section. 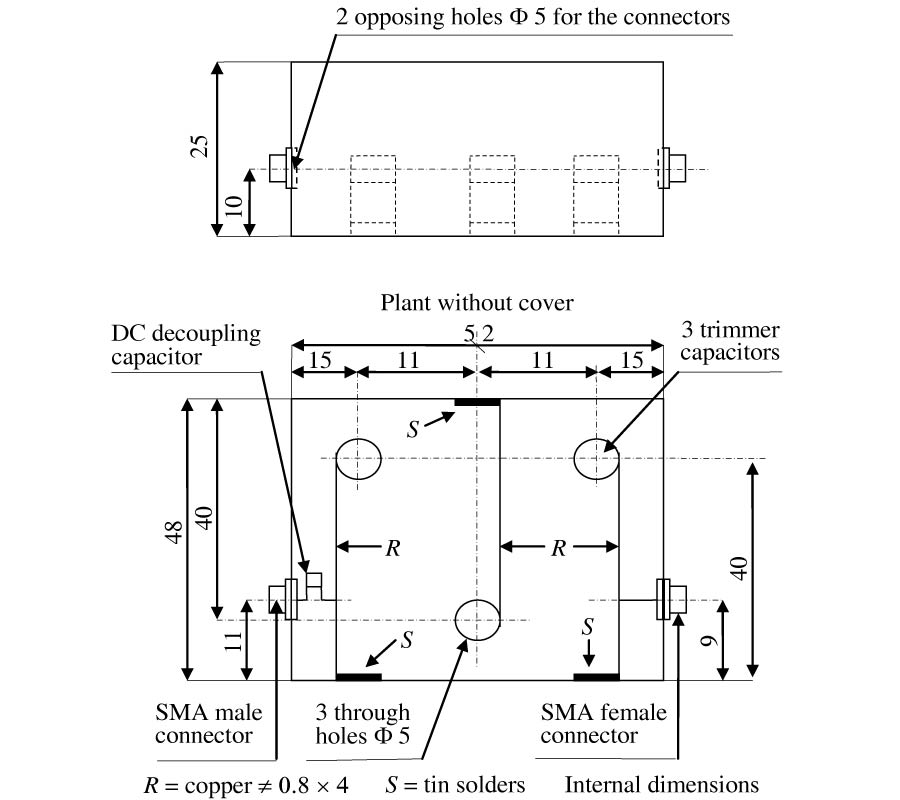