A low-profile dual-polarized omnidirectional antenna is presented. The antenna is a combination of a vertically-polarized (VP) antenna and a horizontally-polarized (HP) antenna. The VP antenna is composed of a circular ground plane, a cross-shaped metal patch with four shorted legs and a top-loading circular ring. The printed dipoles of the HP antenna are fed through a three-way power divider etched on an FR4 substrate. To maintain stable radiation and reflection characteristics, the HP feed coaxial cable is soldered on one patch of the VP antenna to reduce the parasitic current on the feed cable. The VP antenna covers the frequency bands for GSM/2G/3G/4G LTE, and the HP antenna works in an overlapping frequency bands for 3G and TD LTE communication systems with high isolation. The VP antenna achieves a wide bandwidth of 108% from 800 MHz to 2700 MHz, and its gains are larger than 2 dBi in 800~960 MHz band and greater than 4 dBi in 1710~2700 MHz band, respectively. The HP antenna works in the frequency band from 1700 MHz to 2700 MHz, and its gains are greater than 3 dBi. The proposed dual-polarized antenna is simulated, fabricated and measured. Measured results are in good agreement with the simulated ones. 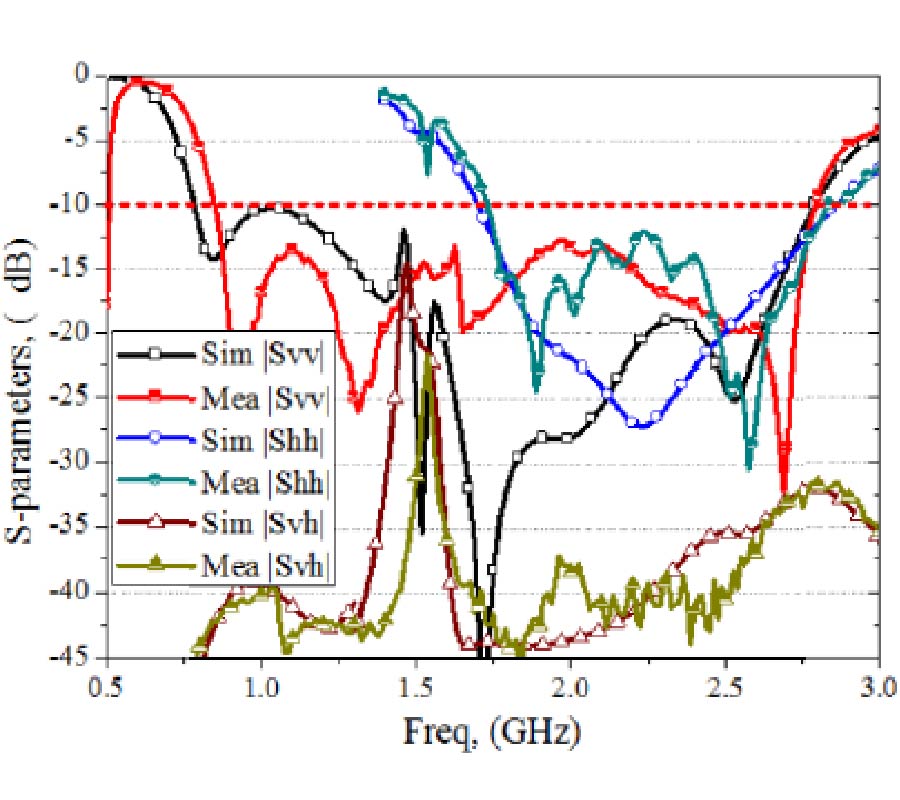