An LED array with 2N-1 lines and N rows is designed, which consists of red, blue, and far-red LEDs. The red and blue LEDs with N lines and N rows are uniformly and intervally arranged. The central distance between adjacent red and blue LEDs is d. The far-red LEDs are filled in-between every two lines of red and blue LEDs, which results in an array of far-red LEDs with N-1 lines and N rows. The central distance of adjacent far-red LEDs is also d. By using the imperfect Lambertian model, the irradiance distribution of the LED array with N being even and odd is derived in the reference plane, respectively. Also, solving equation of the optimal distance d is presented. Numerical results show that irradiance distributions of the three mixed-color, red, blue, and far-red lights of the LED array are uniform in the reference plane. Ratios of R/B and R/Fr are both relatively uniform in the reference plane. The ratio of R/B in the case of N being even is more uniform than that in the case of N being odd. However, the ratio of R/Fr is opposite. 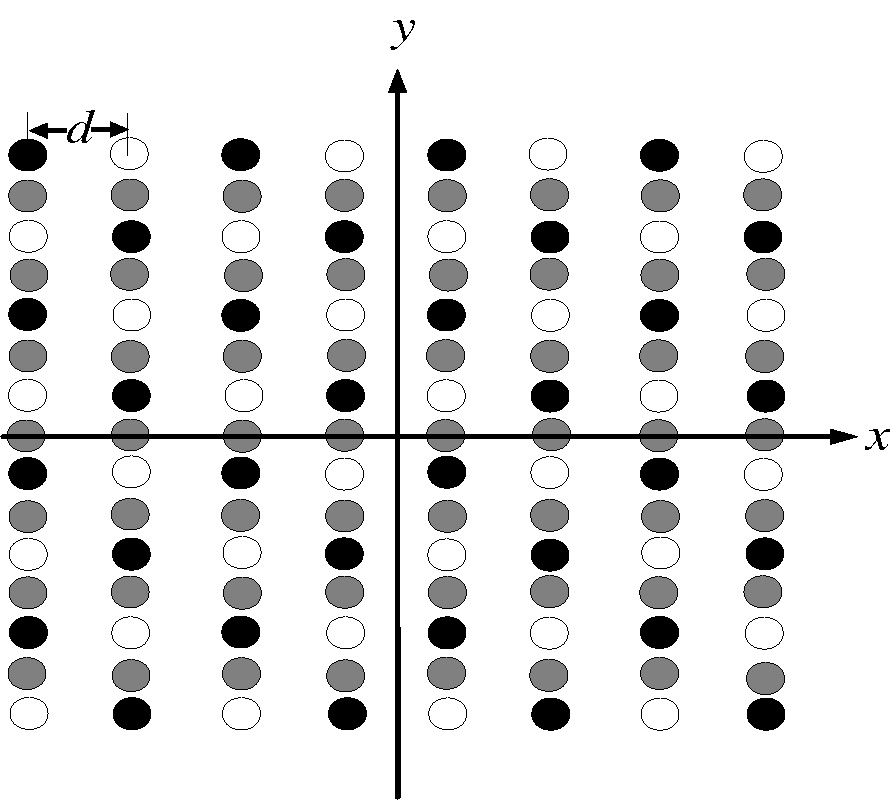