A novel algorithm is developed to realize the optimal synthesis of a sparse nonuniform-amplitude nonuniform-distribution planar array (SNANDPA) in microwave power transmission (MPT) systems. The dual compression factor particle swarm optimization (DCFPSO) algorithm and the subarray partition technique are adopted to realize the optimal synthesis of SNANDPA. The DCFPSO algorithm first optimizes beam collection efficiency (BCE) and side-lobe level outside the receiving region (CSL) of SNANDPA which ensure efficient energy transmission of an MPT system and suppress the influence of electromagnetic wave radiated by antenna array on the environment. The subarray partition technique then simplifies the feed network to minimize the system cost. SNANDPA parameters including transmitting aperture, receiving aperture, BCE, CSL, power pattern, element weight, and element distribution, can be obtained efficiently via the proposed method. Representative numerical cases under the different numbers of subarray and elements conditions are analyzed and compared with those of other two traditional MPT array models. Experimental results show that, when the transmitting aperture is 4.5λ×4.5λ and the square receiving region u0=v0=0.2, BCE and CSL are 94.96% and -17.09 dB, respectively, and only 64 elements and 8 amplifiers are required. We conclude that the proposed model can be used to create an efficient and low-cost MPT system. 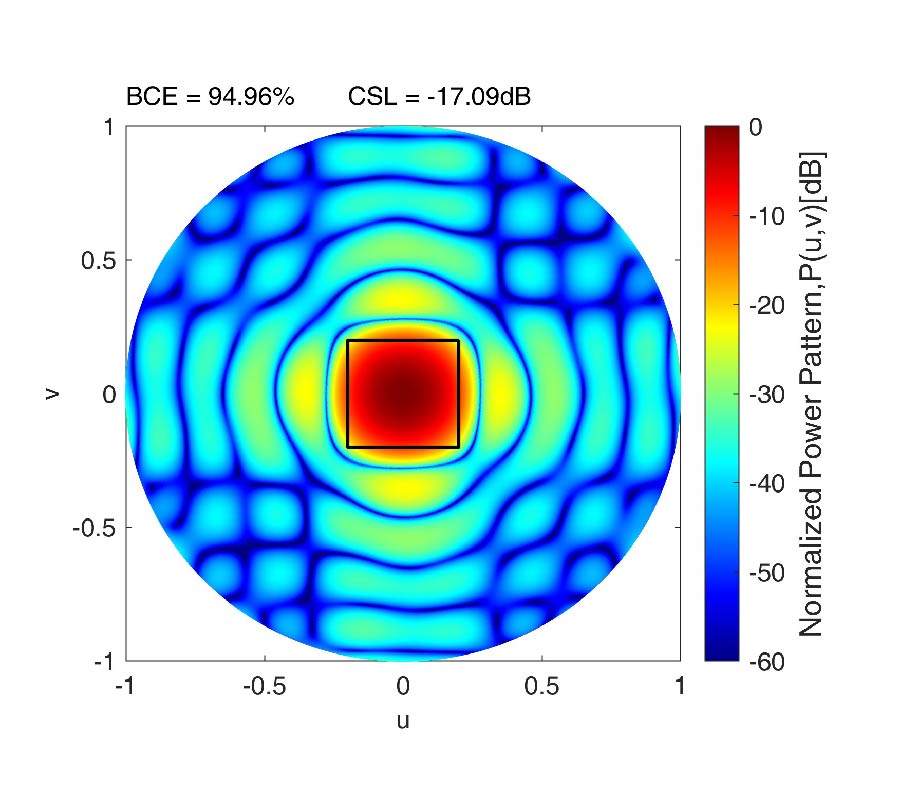