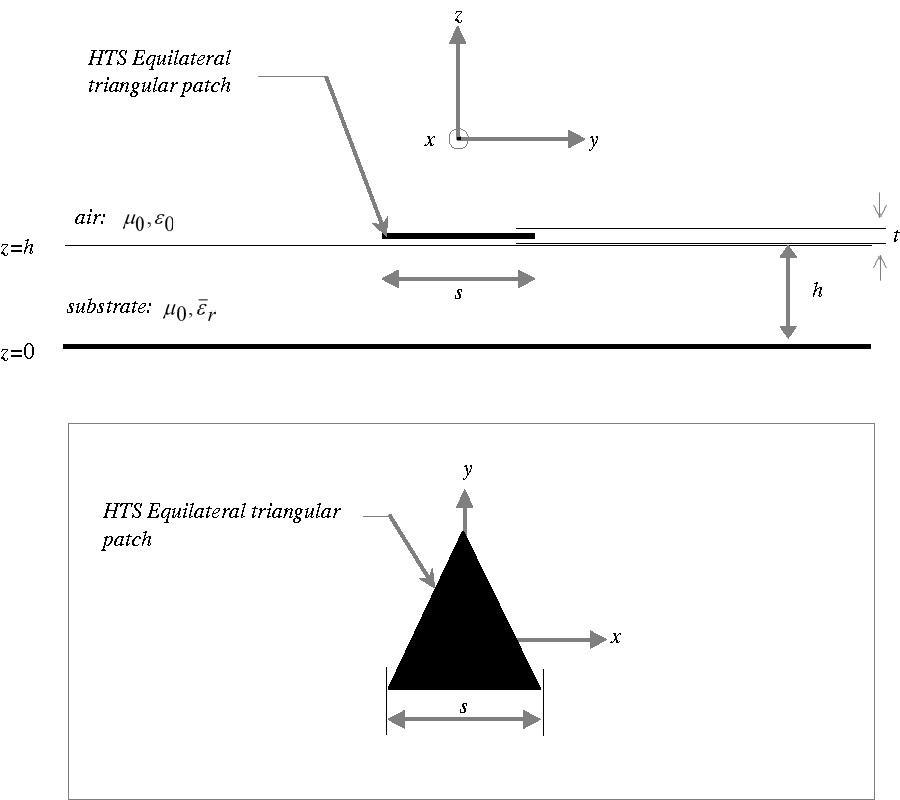 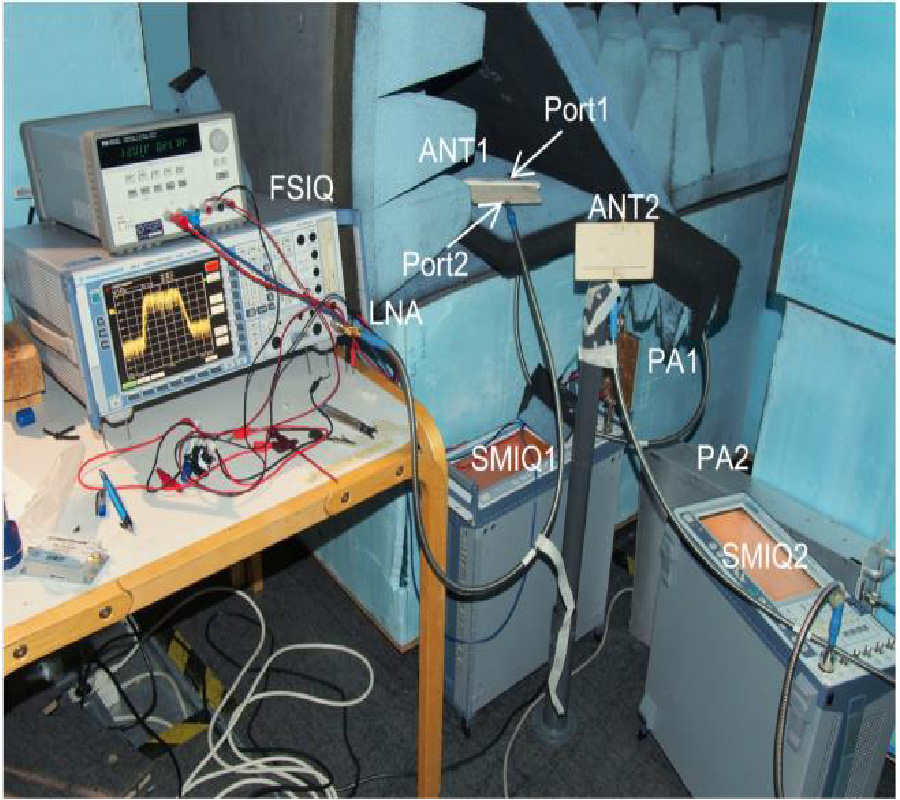 The paper presents simulated and measurement results of a planar antenna structure at 2 GHz center frequency. The antenna has two ports implemented into the same conductive body. The antenna shows measured -10 dB impedance bandwidth from 1.87 GHz to 2.18 GHz with average 41.3 dB isolation between the antenna ports over the studied frequency bandwidth. Antenna is used to measure transmitted WCDMA FDD signal leakage to the receiver with a presence of blocker signal, which is transmitted over the air. The system measurements show that the RF filtering requirements can be relaxed based on 3GPP standard by using highly isolated antenna structure. Application areas can be found at the both ends of the mobile communications system, mobile devices and small cell base stations.

A modified feed line Wideband Circularly Polarized Dielectric Resonator Antenna (CPDRA) operating at 24 GHz is proposed in this paper. Deminiaturisation of design is achieved by operating antenna at higher order mode TE117. The antenna structure consists of a rectangular DRA with three rectangular slots. One at the centre and other two inclined orthogonally with respect to centre slot. The bottom surface of substrate contains the modified feed structure in which two stubs of the same dimensions are connected orthogonally to main microstrip line to provide a phase difference of an odd multiple of λ/2 for circular polarization. DRA with excitation through modified aperture coupled feed structure provides the simulated and measured impedance bandwidths of 16.28% (22-25.9 GHz) and 15.06% (22.1-25.7) GHz. The antenna provides the simulated and measured gains of 8.4 dB and 7.9 dB. The antenna is deminiaturised by 61% by operating antenna at higher order mode. The designed antenna has potential for millimeter wave and 5G applications.

The design, development and characterization of broadband (1-30 GHz) microelectromechanical systems (MEMS) based electrostatically driven lateral switching networks are presented in this paper. Initially, single switch performances are optimized, and later it is used to develop different switching networks like single-pole-double-throw (SPDT), single-pole-three-throw (SP3T), and single-pole-six-throw (SP6T). All switches are extensively characterized including reliability testing. Switching networks demonstrate measured return loss of better than 21 dB (11.4 dB) with worst case insertion loss of 0.67 dB (~5 dB) and isolation of better than 31 dB (17.7 dB) at 3.5 GHz (28 GHz) for 5G communications. Switching networks tested for > 1 billion cycles with 1 W of RF power are found to be operational. Maximum fabricated switch (SP6T) area is ~0.7 mm2 including bias lines and pads. 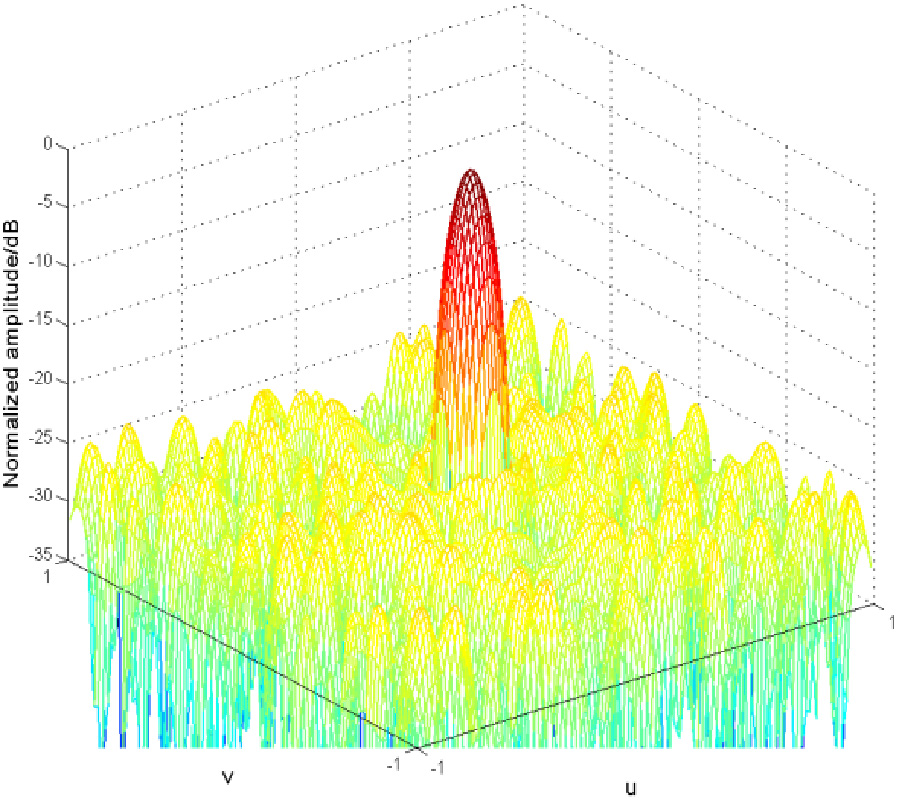 A two-step method combining the algorithms of iterative Fourier transform (IFT) and differential evolution (DE), called IFT-DE, is proposed in this paper for the low sidelobe synthesis of a uniform amplitude planar sparse array (PSA). Firstly, the entire aperture of the array is divided into a set of square lattices that a respaced at half wavelength. Then the elementsare forced to be located on the lattices through performing IFT, so that a planar thinned array (PTA) is formed across the aperture. Undoubtedly the interval between adjacent elementsof the PTA is an integer multiple of half wavelength. In the second step, for each column of PTA the elements spaced greater than or equal to a wavelength are selected as the candidates whose locations need to be optimized by DE procedure, as long as the renewed inter-element spacing is not less than half wavelength. Consequently, a PSA with reduced sidelobe level may be obtained. According to the aforementioned selection rule, only a small part of elements that account for the total number need to be relocated, which denotes thatthe number of individual parameters waiting for optimizing by DE is decreased considerably, and thereby greatly accelerates the convergence speed of the algorithm. A set of synthesis experiments for PSA ranging from small to moderate size are presented to validate the effectiveness of the proposed method. 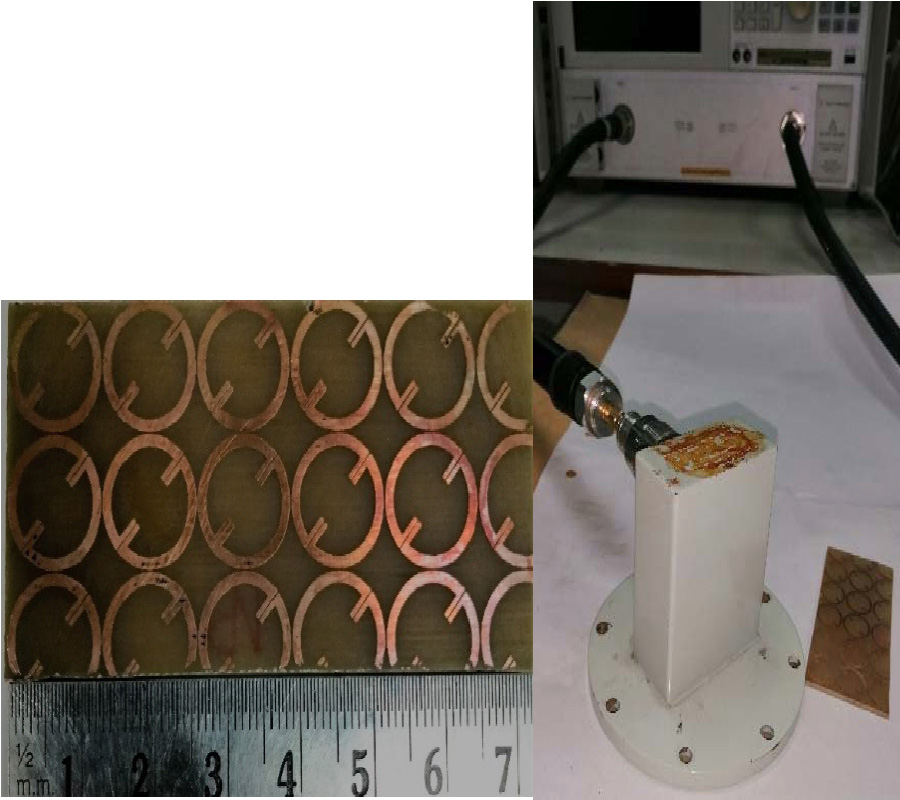 In this work, a dual-band microwave absorber is proposed with periodic array of unit cells which has of dual-split ring geometry on the top of a metal-backed dielectric substrate. The dual-split ring resonators on the top plane is electrically excited by co-polarized component of incident EM wave and gives two absorption peaks at Wi-MAX (3.5 GHz) and WLAN (5.8 GHz) band due to two resonance modes. These two-resonance modes are named as mode 1 and mode 2 for low and high frequency peaks, respectively. The surface current distributionson the top and bottom planes arestudied to gain insight of dual mode resonance for dual band absorption of the structure. Some parametric studies are also performed on key design parameters i.e., split gap, stub length and split angle for further analysis of the design. The measured results are verified with the simulated ones to test its performance and found to be similar.

In this paper, a low-cost polycarbonate substrate is used for the design of antennas operating in the 28 GHz band. First, a corner bent inset fed patch antenna is proposed with a forward gain of 7 dBi and a front to back ratio of more than 18 dB indicating minimal radiation towards the user post-integration with a mobile terminal. In order to cater to the landscape mode, a corner bent tapered slot antenna is also proposed with a gain of 7 dBi. An overlapped architecture is investigated to demonstrate orthogonal pattern diversity with an effective radiating volume of 0.12λ03, a port to port distance of 0.13λ at 28 GHz, and mutual coupling of less than 27 dB without deterioration in the pattern integrity of the corresponding modes. Detailed simulated and measured results are presented with justification. 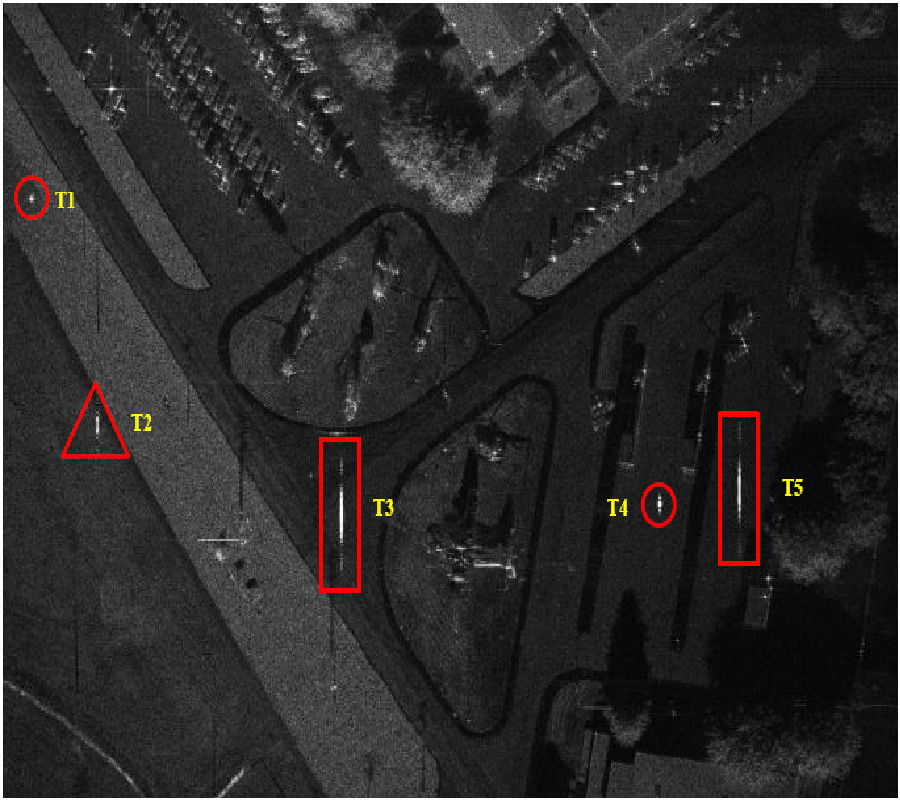 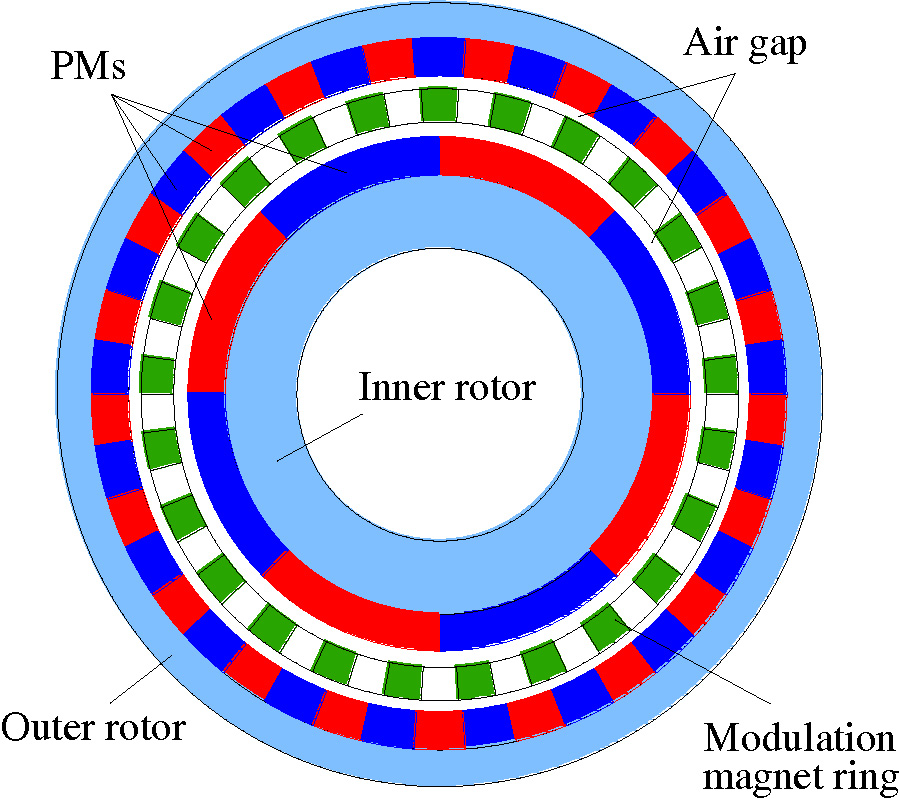 Field modulation magnetic gear is a transmission device with broad development prospects. It has the advantages of no friction, no pollution, low maintenance, and easy installation. Magnetic gear models with different gear ratios are established. The input and output torque waveforms of different models are compared. The influences of the number of pole pairs of the inner rotor (P1) and the number of pole pairs of the outer rotor (P2) on torque ripple are analyzed. According to the principle of magnetic field modulation, the torque ripple of magnetic gear is greatly affected by P1 and P2. Research results show that the torque ripple can be effectively reduced by selecting the magnetic gear with P1 = 4, P1/P2 = 1/(n+0.25) or 1/(n+0.75) (n is a natural number). 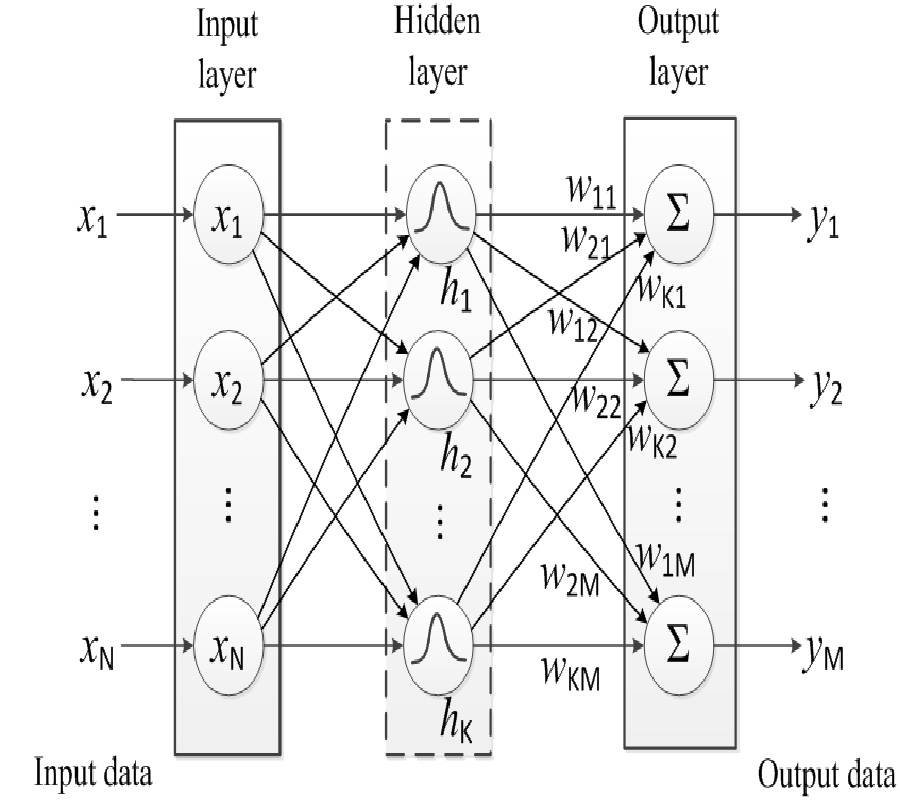 The resonant frequency of a magnetically coupled resonant wireless power transmission system is a core parameter that determines the performance of the system. However, how to obtain the variation law of the resonant frequency and the efficiency or output power of the system is still a difficult problem when the capacitance of each coil is changed. In this paper, a two-coil wireless power transmission system is taken as an object, and the expressions of the input impedance, frequency, efficiency, and output power are deduced. Based on these expressions, the relationships among frequency, efficiency, and output power are studied. It is concluded that there may be multiple resonant frequencies in a WPT system with the changes of capacitance. The system always features a maximum efficiency point and a maximum output power point. The frequencies of the two points are almost the same. These theories provide a feasible scheme for simultaneously achieving both a high efficiency and output power. Finally, a magnetically coupled resonant wireless power transmission system is designed and developed. Simulated and experimental results demonstrate the validity and correctness of the proposed method.

Loss and temperature rise are important parameters for performance evaluation of bearingless switched reluctance machine. In this paper, a 12/8 outer-rotor single-winding bearingless switched reluctance motor (SWBSRM) is studied for its loss and temperature rise under high speed operation. Firstly, a 2D finite element model is established by using Ansoft Maxwell, and the magnetic flux density waveform and the variation law of different parts of the core are obtained. Furthermore, various losses including core loss and copper loss are coupled to the temperature field analysis module as a heat source. Thirdly, the thermal model is established by Motor-CAD, and the transient and stable temperature field is simulated and analyzed. Finally, the temperature field distributions of the core and windings are obtained. 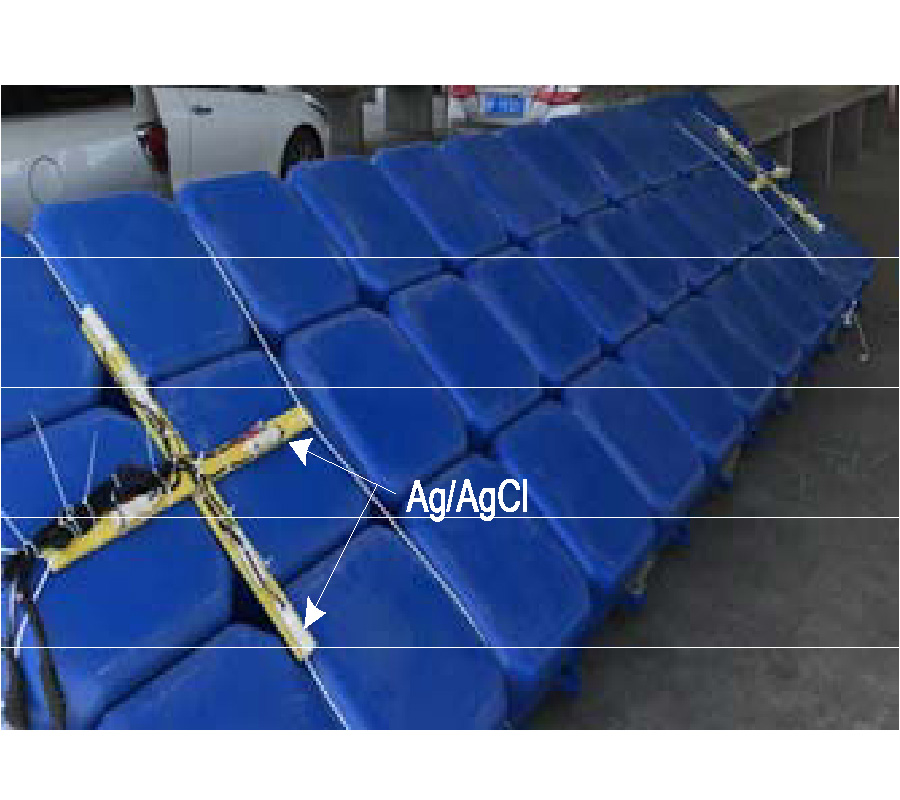 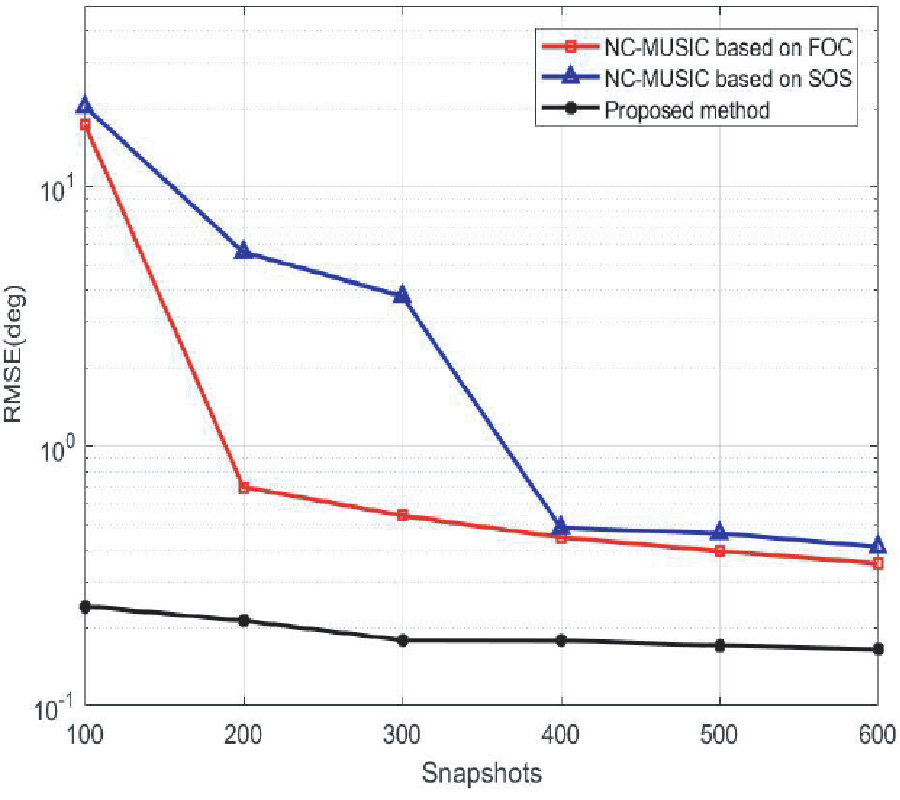 A direction-of-arrival (DOA) estimation algorithm for non-circular signals with nested array is proposed. A closed formula is given to construct a partitioned fourth-order-cumulant (FOC) matrix by using the FOCs of received data. Then, an improved multiple signal classification (MUSIC) algorithm for non-circular signals (NC-MUSIC) based on FOC is introduced. The proposed algorithm shows higher estimation accuracy and angular resolution than some traditional NC-MUSIC algorithms, especially in the low SNR case. Some simulation experiments are proposed to prove the validity of the proposed algorithm.

Multipacting is electron discharge that occur in components operating in RF high-power electromagnetic fields. In this paper, we will study on a new coaxial structure with ceramic window. A similar structure is utilized in many high power devices for power transfer. Due to the multipactor effect, it will generate huge heat and cause damage to the window, ultimately affect the performance of microwave devices. In order to suppress of the surface multipactor effect and improve the transmitting power, the application of an external DC bias is analyzed and simulated. A Monte Carlo algorithm is used to track the secondary electron trajectories and study the multipactor scenario on the surface of a ceramic window in a coaxial line by using 2-D particles distribution code. Since secondary electron multiplication needs to meet specific resonance conditions, an appropriate DC bias will generate a compensating trajectory and collision, which can suppress the secondary electron avalanche. The optimal value of this external bias voltage that will avoid the multipactor phenomenon in the coaxial line will be calculated by simulation in MATLAB.

In this work, a compact planar dual-square ring (DSR) microstrip patch antenna is investigated to acquire dual-band resonance with dual-mode excitation for Wi-Fi/WLAN and 5G-NR based wireless applications. This dual-square ring geometry is employed on single layer dielectric, excited through EM coupling by using a quadrilateral feed patch, which offers massive flexibility in impedance matching for dual-band resonance with minimum coupling effects in common excitation and ground plane. This planar DSR structure shows the resonance at 2.4 GHz and 3.7 GHz frequency bands with bandwidths greater than 100 MHz and 200 MHz, respectively and a maximum gain response of 4.3 dBi with VSWR of <<2. Here the simulation results are verified through experimental results of the fabricated antenna. This proposed antenna design can be configured for Wi-Fi/WLAN application at 2.4 GHz in lower-order resonance mode (TM01) and for 5G-NR application by utilizing the fringing benefits of higher-order mode (TM10) at 3.7 GHz.

To realize the attractive Wifi-type magnetically coupled resonant (MCR) wireless power transfer (WPT) techniques, not only the optimization of power and efficiency but also the spatial energy distribution characteristics (EDCs) should be considered. In this paper, the EDCs of three two-coil systems including an alignment system and systems with an angular and lateral misalignment are explored by the Poynting vector, and unified expressions of the active power density (APD) and reactive power density (RPD) are provided. Also, it is found that the APD is mainly distributed in the transmission path, and the RPD is mainly composed of three parts. When the phase difference between the currents in the transmitter and receiver tends to be π/2, the APD increases, and RPD decreases. The active power through an arbitrary infinite plane which intersects the transmission path but does not intersect the coupler is found equal to the transferred active power of the system, which is consistent with the results obtained by the circuit theory. Furthermore, the directionality of the APD is determined, and the APD is utilized to explain the coupling impedance in circuit theory. Then four basic reactive power compensations are considered, and it is recommended to use heavy load for the system with parallel compensation on the secondary side. Finally, the theoretical analysis is verified by simulation and experiment. This paper provides a significant reference for the analysis and design of the MCR WPT system and the improvement of the electromagnetic environment around the system.