We introduce and numerically investigate a high-quality resonant structure formed by a dielectric low-order diffraction grating combining materials with high refractive index contrast. The proposed structure is capable of supporting multiple plasmonic modes owing to hybridization effects, modes having the characteristic of exhibiting remarkable sensing response to the change of the environment refractive index yet limited figure of merit. To improve the figure of merit, the proposed architecture is modified by adding a layer of semiconductor gain medium, as it can compensate the internal losses. The result is an active sensor showing multi-modal lasing behaviour, with very low threshold and large mode spacing. It is found that the device shows switchable response upon modification of the pump amplitude or polarization, a very important feature when it comes to sensing devices. Finally, the achieved figure of merit is 3400 RIU-1, one order of magnitude higher than the passive case and much higher than the theoretical limit for sensors based on Kretschmann configuration. Thus, the proposed architecture possesses great potentials as an optical sensor for bio-detection and environmental monitoring. 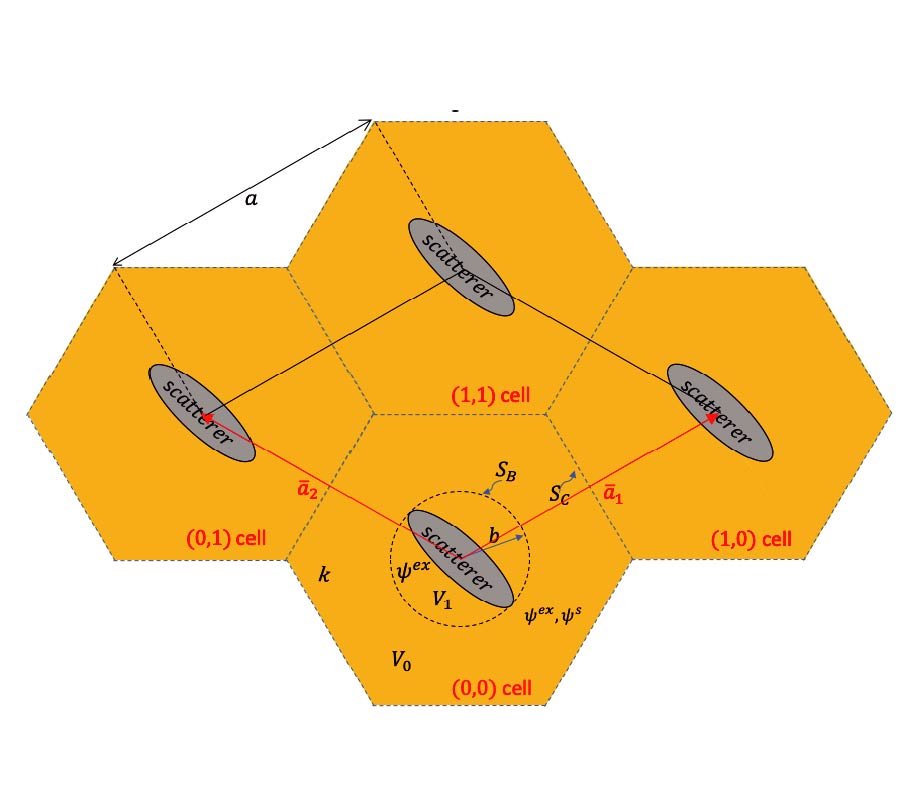 In this paper, we apply the BBGF-KKR-MST (Broadband Green's function-KKR-Multiple Scattering Theory) to calculate Band Structures and Band Field Solutions in topological acoustics. A feature of BBGF is that the lattice Green's functions are broadband, and the transformations to cylindrical waves are calculated rapidly for many frequencies for speedy calculation of the determinant of the KKR equation. For the two bands of interest, only 5 cylindrical waves are sufficient so that the dimension of the eigenvalue matrix equation is only 5. The CPU time requirement, including setup and using MATLAB on a standard laptop, is 5 milliseconds for a band eigenvalue. Using the eigenvalue and the scattered field eigenvector, the field in the cell is calculated by higher order cylindrical waves. The exciting field of higher order cylindrical waves requires only 11 coefficients to represent the band field solutions in the cell. Comparisons are made with the results of the volume integral equation method and the commercial software COMSOL. The BBGF-KKR-MST method is significantly faster.

Unipolar induction has been a heavily discussed phenomenon in the realm of electrodynamics, with research and experiments proposing and supporting different ways to explain the observed effects. This paper presents a novel model to predict induced electromotive forces in a Faraday generator, based on direct interaction between conductor charges. It is compared with predictions that are usually obtained through considerations of Lorentz force, flux linking or flux cutting rules. A standard apparatus provides additional experimental measurements that show good agreement with the theory. 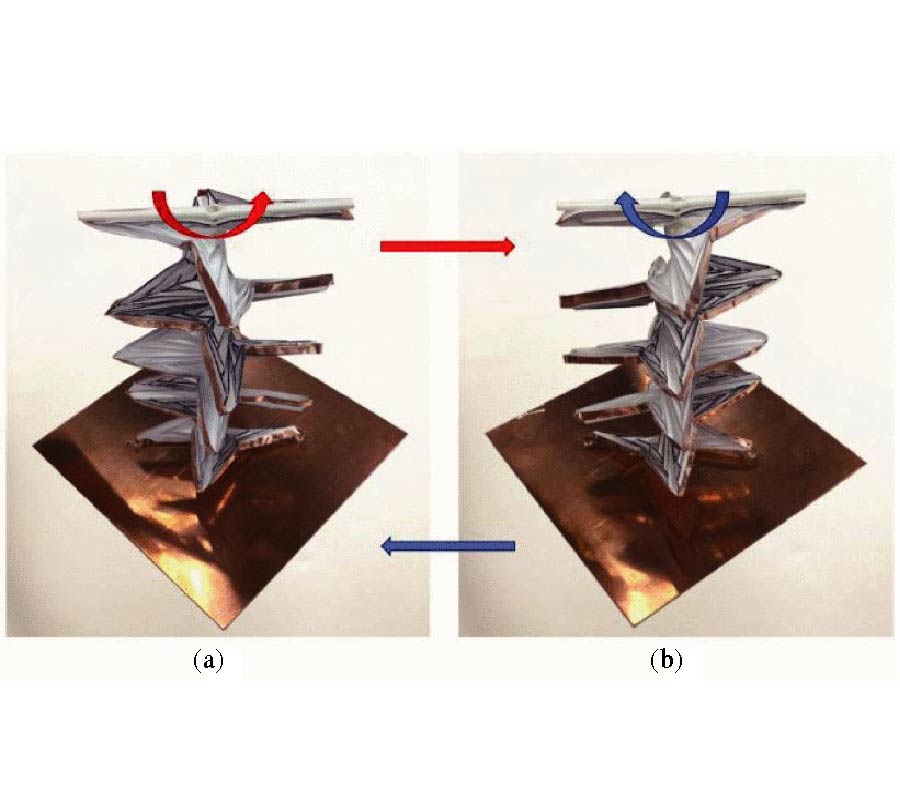 Reconfigurable Antennas: a Review of Recent Progress and Future Prospects for Next Generation (Invited Paper)

Reconfigurable antennas are devices that can dynamically alter their geometry and/or electromagnetic properties tofacilitate different behaviors. Numerous approaches for achieving reconfigurability have been studied over the past 20 years, mainly consisting of mechanical, electrical, optical, and metamaterial methods. This review presents the most notable works and advancements in this field while placing a significant focus on antennas with explicit practical applications in the emerging areas of millimeter waves, 5G/6G communications, Internet-of-Things (IoT), high-throughput satellites and miniaturized systems among several others. The various reconfiguration methods mentioned will be compared, and their benefits and drawbacks discussed.

In this paper, we derived Analytical Kirchhoff Solutions (AKS) for bistatic scattering near the specular directions at P band and L band for applications in Signals of Opportunity (SoOp). The land surface profiles are divided into three scales: microwave roughness f1, fine scale topography f2, and coarse scale 30-meter DEM f3. The microwave roughness and the fine scale topography are treated as random rough surfaces, while the coarse scale topography from DEM data are treated as deterministic planar patches. The salient features of the AKS model are (i) analytical expressions are obtained for both coherent waves and incoherent waves, (ii) Monte Carlo simulations are not required making the AKS computationally efficient, (iii) the analytical solutions are expressed in terms of the spectrum, so that the dividing line between microwave roughness and fine scale topography is not required, and the rough surface spectrum derived from lidar elevation measurements can be incorporated directly. The results of the three approaches, AKS, the Numerical Kirchhoff Approach (NKA) and the Fine Scale Partial Coherent Patch (FPCP) model, are indistinguishable for both the coherent waves and the incoherent waves. The agreements validate the AKS and FPCP approaches as NKA is a brute force accurate method based on Kirchhoff integral using 2 cm discretization and high-performance computers. Results show that the f2 profiles of fine scale topography have significant effects. The results of three Kirchhoff approaches fall in-between the results of the two versions of Geometric Optics (GO) approximations to the Kirchhoff integral [1, 2]. The two GO versions are with and without attenuation due to microwave roughness. The GO with microwave attenuation is also known as the ``Improved Geometric Optics Model (IGOM)''. Numerical results of coherent waves and incoherent waves are illustrated for remote sensing of snow and soil moisture at P band and L band. For P band, the histograms of the phase are shown. Results of the coherent waves are dependent on the sizes of the area as well as topographical elevations and slopes. AKS results are used to illustrate the coherent waves at P band on area sizes up to 1.5 km using 30-meter DEM topography elevations and derived slopes at Sanford, Brazos Peak, and Lobato Tank, Colorado, USA. For L band, the AKS results of Cross-Track are in good agreement with CYGNSS data over San Luis Valley, USA. In comparing CPU, it takes merely 25 seconds on a single CPU core for AKS to compute for a 15 km by 15 km DDM pixel which has 250000 DEM 30-meter patches. The CPU for AKS is slightly more than the 20 seconds required for GO. 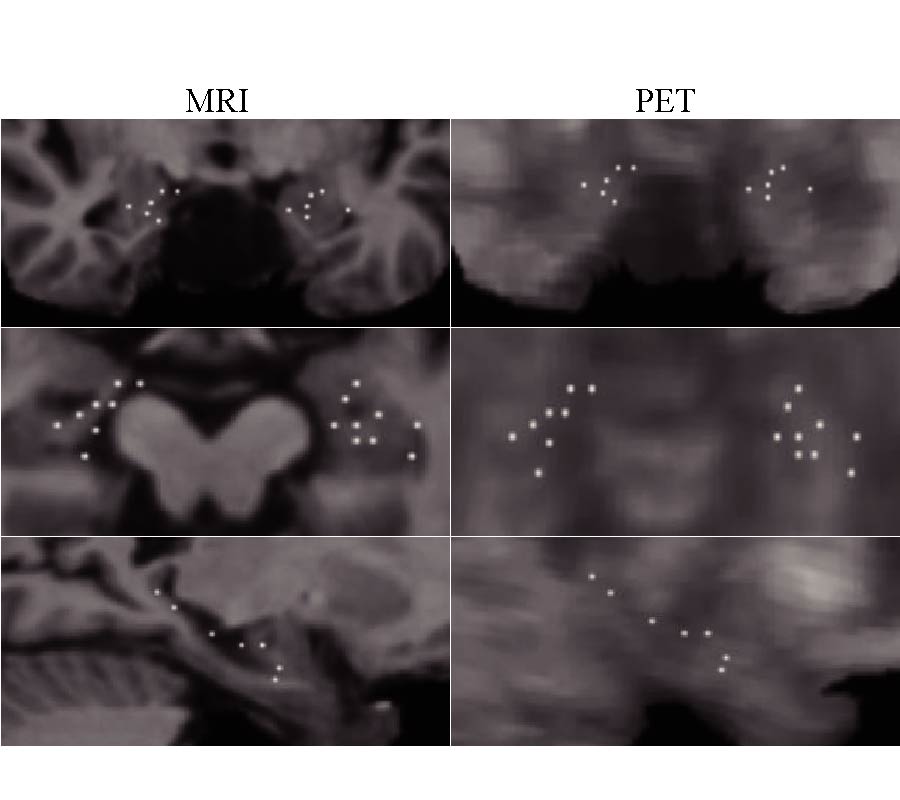 Alzheimer's disease (AD) is a degenerative disease of the nervous system that often occurs in the elderly. As magnetic resonance imaging (MRI) and positron emission tomography (PET) reflect the brain's anatomical changes and functional changes caused by AD, they are often used to diagnose AD. Multimodal fusion based on these two types of images can effectively utilize complementary information and improve diagnostic performance. To avoid the computational complexity of the 3D image and expand training samples, this study designed an AD diagnosis framework based on a 2.5D convolutional neural network (CNN) to fuse multimodal data. First, MRI and PET were preprocessed with skull stripping and registration. After that, multiple 2.5D patches were extracted within the hippocampus regions from both MRI and PET. Then, we constructed a multimodal 2.5D CNN to integrate the multimodal information from MRI and PET patches. We also utilized a training strategy called branches pre-training to enhance the feature extraction ability of the 2.5D CNN by pre-training two branches with corresponding modalities individually. Finally, the results of patches are used to diagnose AD and progressive mild cognitive impairment (pMCI) patients from normal controls (NC). The experiments were conducted with the ADNI dataset, and accuracies of 92.89% and 84.07% were achieved in the AD vs. NC and pMCI vs. NC tasks. The results are much better than using single modality and indicate that the proposed multimodal 2.5D CNN could effectively integrate complementary information from multi-modality and yield a promising AD diagnosis performance.

Exceptional points are spectral singularities in non-Hermitian systems at which two or more eigenvalues and their corresponding eigenvectors simultaneously coalesce. Originating from quantum theory, exceptional points have attracted significant attention in optics and photonics because their emergence in systems with nonconservative gain and loss elements can give rise to many counterintuitive phenomena. Metasurfaces - two-dimensional artificial electromagnetic materials structured at the subwavelength scale - can provide a versatile platform for exploring such non-Hermitian phenomena through the addition of dissipation and amplification within their unit cells. These concepts enable a wide range of exotic phenomena, including unidirectional propagation, adiabatic mode conversion, and ultrasensitive measurements, which can be harnessed for technological applications. In this article, we review the recent advances in exceptional-point and non-Hermitian metasurfaces. We introduce the basic theory of exceptional point and non-Hermiticity in metasurfaces, highlight important achievements and applications, and discuss the future opportunities of non-Hermitian metasurfaces from basic science to emerging technologies.