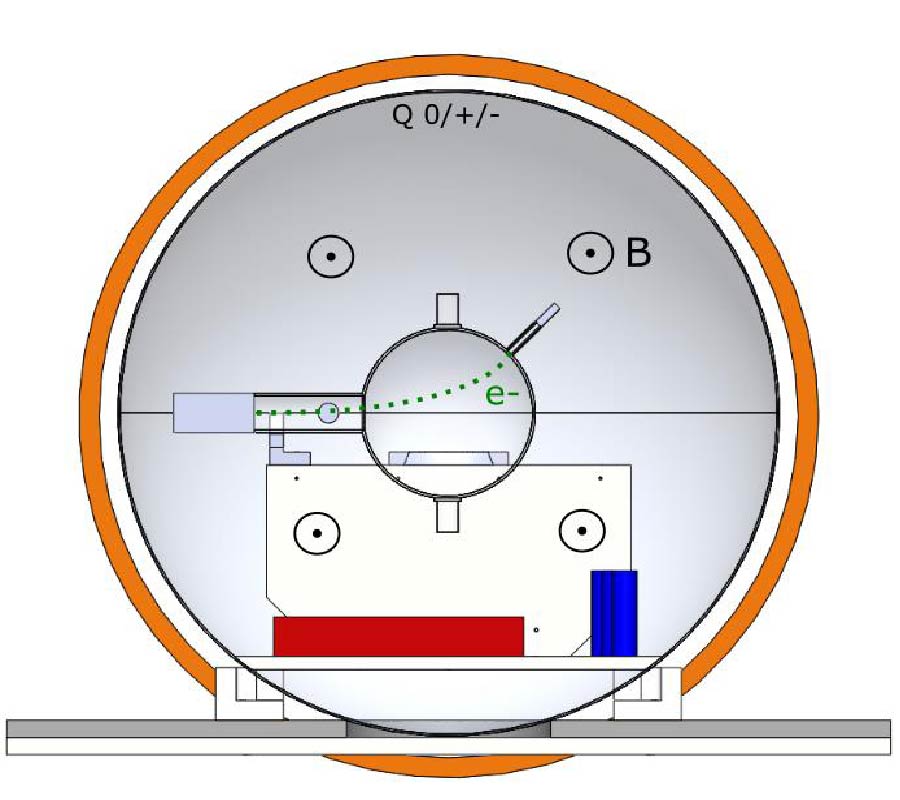 Assis predicted that based on Weber's electrodynamics, an alternative direct-action model formulated before Maxwell, a charge accelerating inside a sphere at constant electric potential, should have a measureable effective mass. Although initially some experiments appeared in the literature that indeed claimed such an effect, all recent studies found no evidence. All experiments so far used either discharges or electrons with non-constant accelerations that could mask the existence of Assis's prediction. We performed an experiment using a Perrin tube, which produces a beam of electrons with a constant velocity that can be deflected by Helmholtz coils to hit a Faraday cup. The tube assembly was put inside a spherical shell, which could be charged up to 20 kV. Any effective mass of the electrons would have changed their position on the Faraday cup. We found no variation of the electron position within our experimental accuracy, which rules out Assis's effect by two orders of magnitude. This confirms Maxwell's theory and the fact that electrostatic potential energy cannot be localized to individual charges.