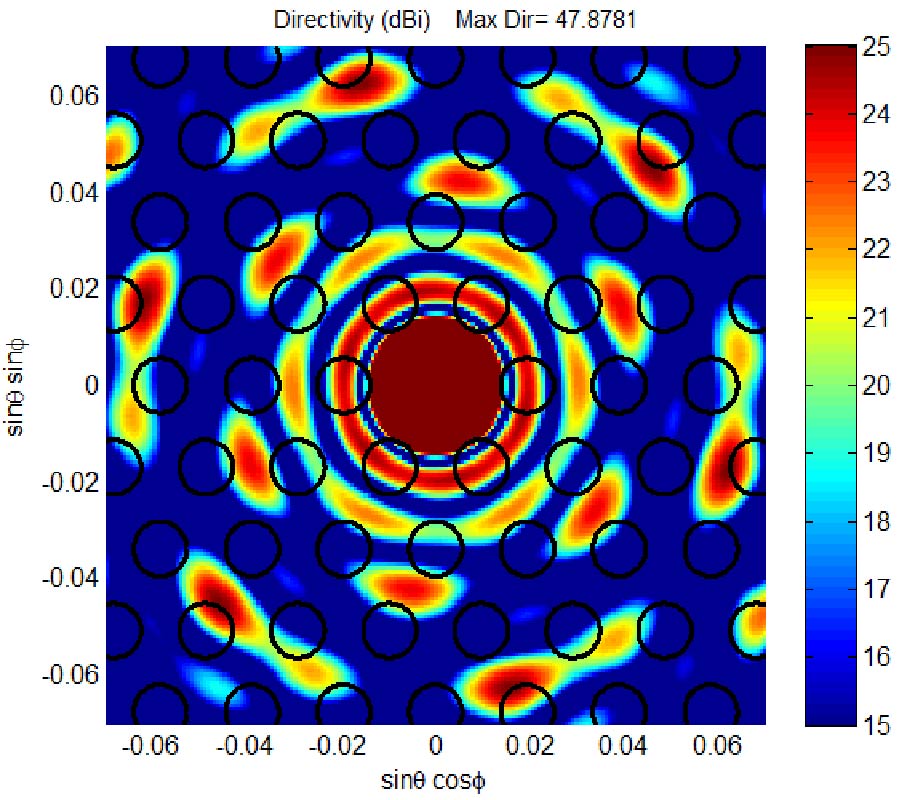 The problem of the synthesis of optimal continuous aperture sources to optimally realize the satellite multibeam coverage of Earth is stated and solved. The design approach relies on a far-field representation which exploits at best the degrees of freedom arising from the geometrical structure of the well-known four-colors colour coverage map. The overall synthesis is stated as a convex-programming problem wherein the fast achievement of the (unique) globally optimal solution is guaranteed. The introduced tools allow stating the ultimate theoretical radiation performances achievable by any circular-aperture antenna of fixed size and, at the same time, can be exploited as a reference in the synthesis of isophoric direct-radiating arrays. Numerical examples concerning a mission scenario recently proposed by the European Space Agency are provided. 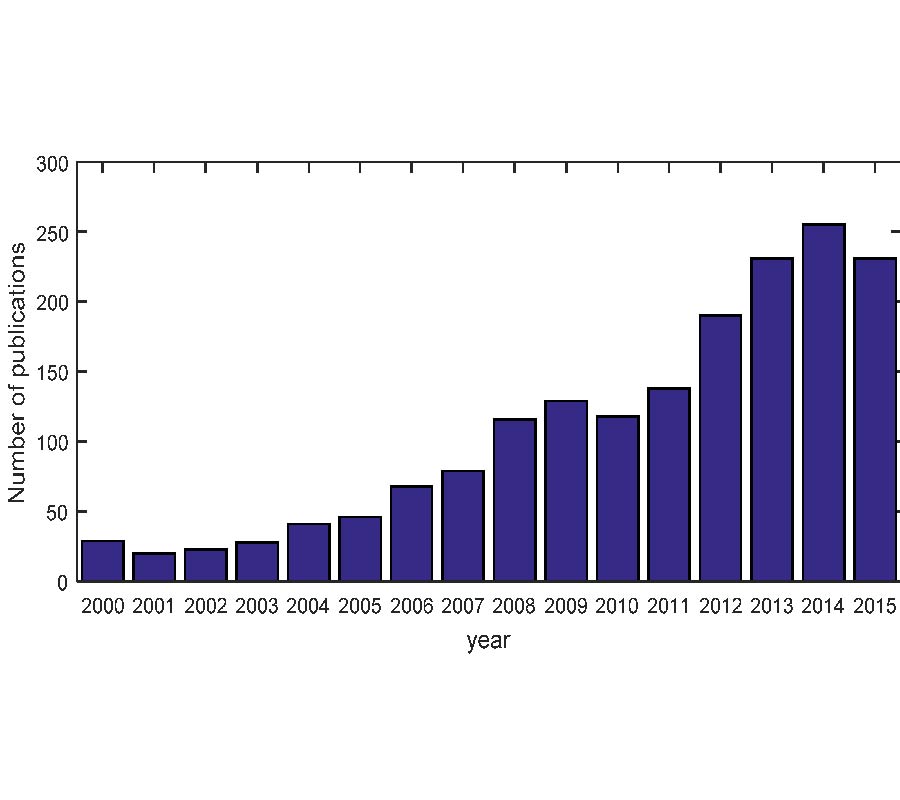 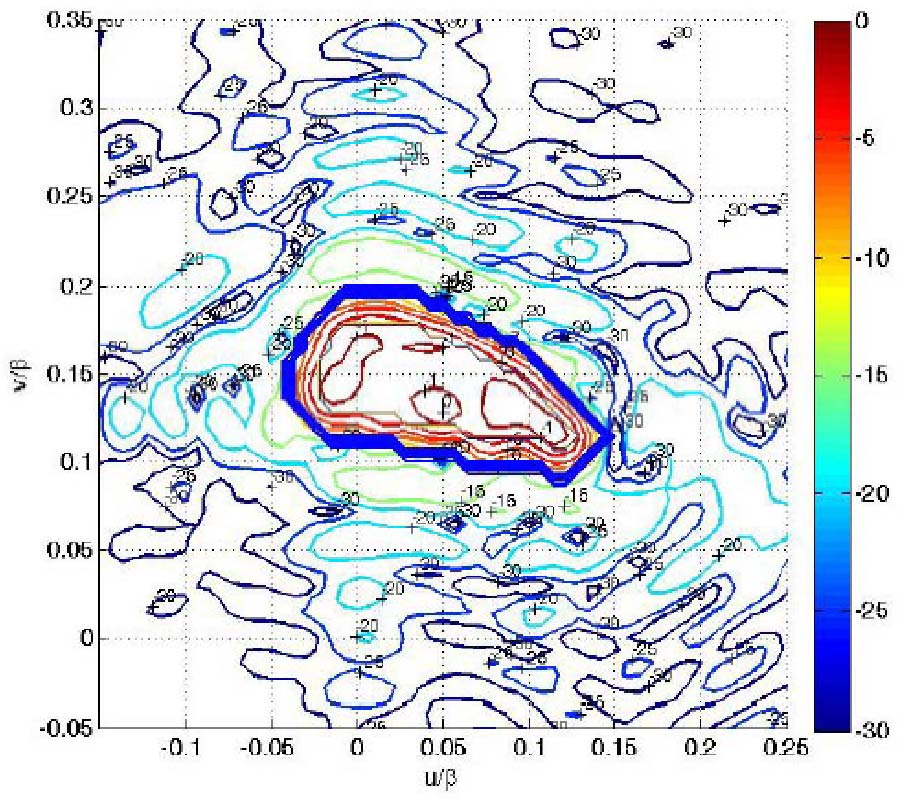 We deal with one of the computationally most critical steps of the Phase-Only synthesis of aperiodic reflectarrays, namely the fast evaluation of the radiation operator. We present an approach exploiting the use of a fast numerical algorithm using 2D Non-Uniform FFTs (NUFFTs) of NED (Non-Equispaced Data) and NER (non equispaced results) type and of parallel processing on Graphic Processing Units (GPUs). We extend the approach in K. Fourmont, J. Fourier Anal. Appl., vol. 9, n. 5, pp. 431-540, 2013 for implementing NUFFT routines to the 2D case and illustrate the parallel strategies to accelerate the approach. In particular, we show how the two levels of parallelism intrinsic in the interpolation step of the 2D NED-NUFFT can be fruitfully exploited by adopting dynamic parallelism, a feature made available in one of the latest architecture of NVIDIA cards. The presented synthesis results show that the introduction of further degrees of freedom (positions) allows improving the performance with respect to periodic reflectarrays. Also, the possibility of adopting aperiodic reflectarrays of reduced number of elements for fixed performance is demonstrated. 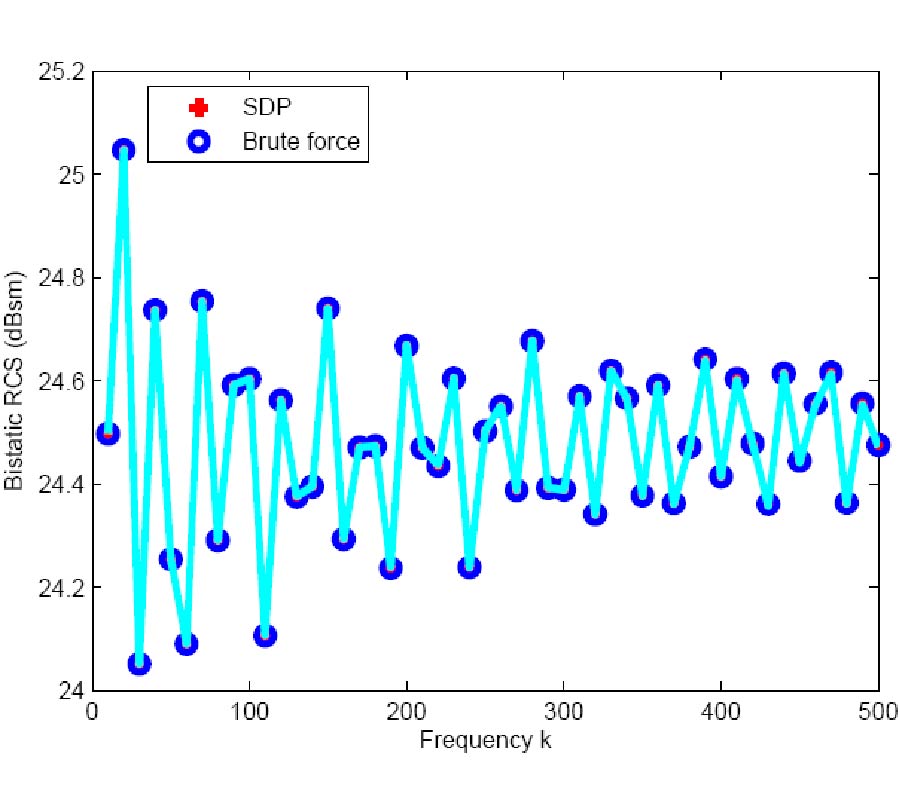 This paper presents a comprehensive method to analyze negative group delay (NGD) phenomenon at microwave frequency. This method is based on a coupling matrix with finite unloaded quality factor resonators. Unlike conventional NGD circuit topologies that use a lumped resistor R along with bandstop resonators, the proposed topology does not require any R for generating NGD and therefore, provides fully distributed circuit realization. The proposed topology has both source to load and inter-resonator coupling structures. Analytical design equations are provided to obtain predefined NGD with matched input/output ports; the proposed structure therefore does not require any extra matching networks. From analytical analysis, it is also found that the NGD bandwidth as well as magnitude flatness can be controlled by inter-resonator couplings. The proposed design theory is proven through fabrications of NGD circuit at a center frequency of 2.14 GHz. The measurement results are in good agreement with simulations and predicted theoretical results.

In this paper, a methodology to design non-50 Ω antennas for energy harvesting is presented. Two prototypes are simulated and realized on an epoxy substrate: one operating at 433 MHz and 900 MHz, the other at 900 MHz and 2.4 GHz. These antennas are designed to match the input impedances of an integrated radio-frequency harvester for an output voltage of 1 V, value chosen considering the voltage needed to power the new generation of micro-controllers and electronic circuits for the Internet of Things. The measurement results indicate a reflection coefficient below -10 dB at the frequencies of interest, validating the methodology. 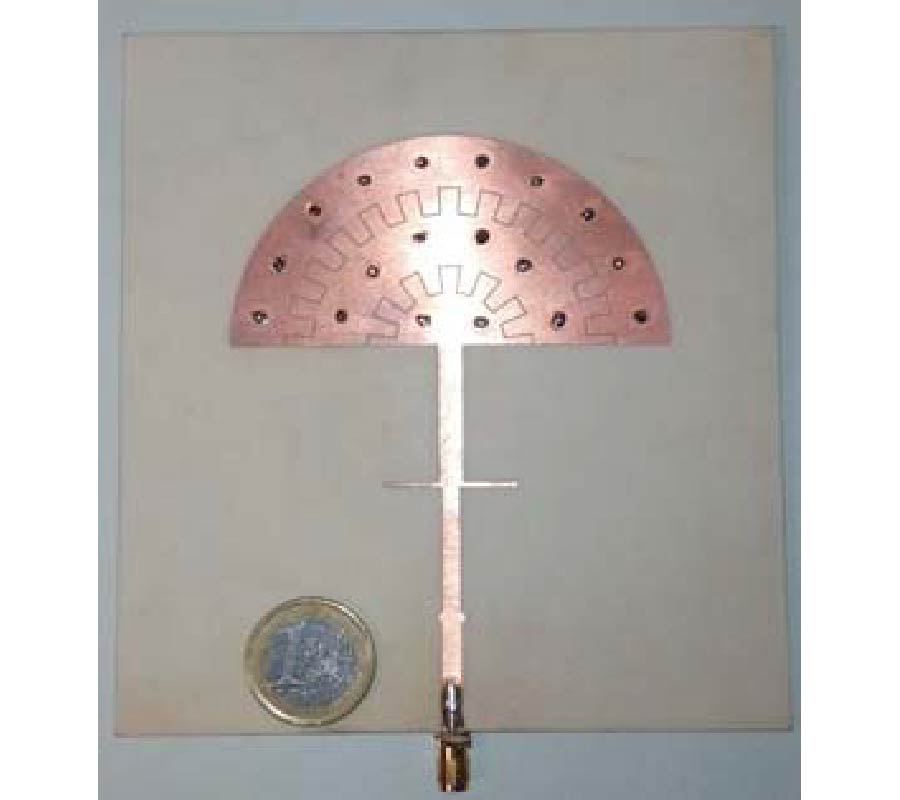 Planar gigahertz (GHz) inductors were fabricated based on high crystalline-anisotropy Zn0.13Co0.04Ni0.63Fe2.2O4 (Zn-Co-Ni ferrite) and Ba3Co2Fe24O41 (Co2Z hexaferrite) and characterized for inductance (L) and quality (Q) factor. The planar ferrite inductors show an L of 4.5 nH (Zn-Co-Ni), 5.6 nH (Zn-Co-Ni + low Hk and fFMR Co2Z:), and 4.8 nH (Zn-Co-Ni + high Hk and fFMR Co2Z:) at 2 GHz. The corresponding L-densities are 18.0, 22.4, and 19.2 nH/mm2, which are greater than 16.8 nH/mm2 of the air-core inductor. With respect to the Q factor, the air-core and ferrite inductors exhibit Q factors of 6.7 (air-core), 4.8 (Zn-Co-Ni), 2.8 (Zn-Co-Ni + low Hk Co2Z), and 4.0 (Zn-Co-Ni + high Hk Co2Z) at 2 GHz. The tan δμ of the ferrites caused a reduction in the Q factor. Nevertheless, the high Hk and fFMR Co2Z ferrite inductor demonstrates a higher Q factor than that of the low Hk and fFMR Co2Z inductor. It is, therefore, suggested that high-resistivity, -anisotropy, -magnetization ferrite can produce large L-density and Q-factor GHz inductors. 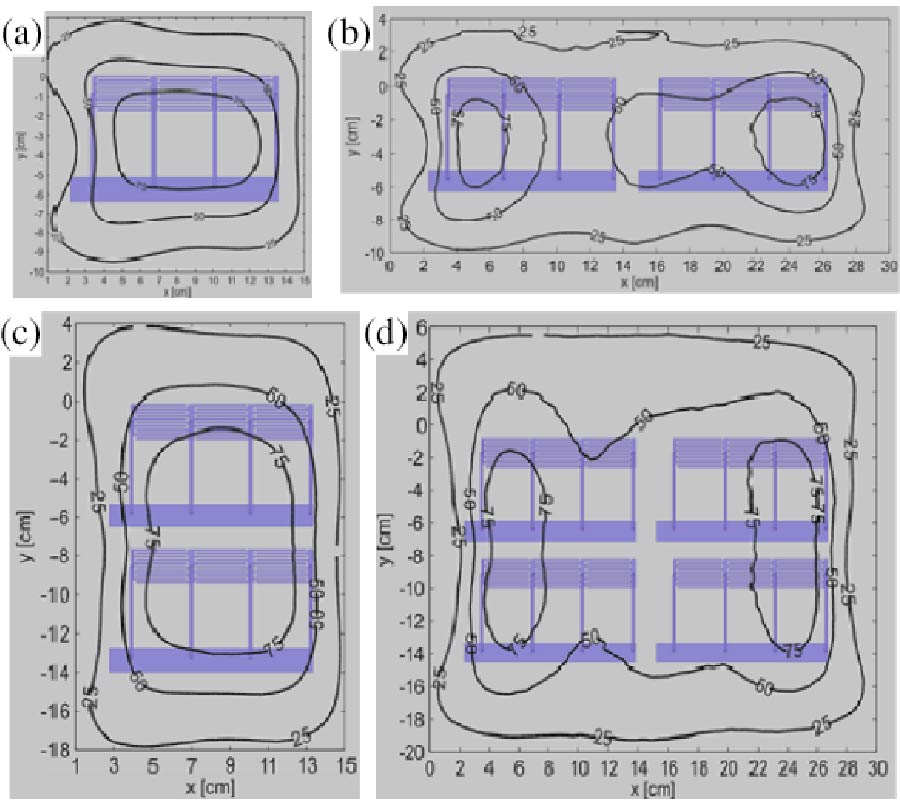 Current microwave hyperthermia applicators are not well suited for uniform heating of large tissue regions. The objective of this research is to identify an optimal microwave antenna array for clinical use in hyperthermia treatment of cancer. For this aim we present a novel 434 MHz applicator design based on a metamaterial zeroth order mode resonator, which is used to build larger array configurations. These applicators are designed to effectively heat large areas extending deep below the body surface and in this work they are characterized with numerical simulations in ahomogenous muscle tissue model. Their performance is evaluated using three metrics: radiation pattern-based Effective Field Size (EFS), temperature distribution-based Therapeutic Thermal Area (TTA), and Therapeutic Thermal Volume (TTV) reaching 41-45°C. For 2×2 and 2×3 array configurations, the EFS reaching > 25% of maximum SAR in the 3.5 cm deep plane is 100% and 91% of the array aperture area, respectively. The corresponding TTA for these arrays is 95% and 86%, respectively; and the TTV attaining > 41°C is over 85% of the aperture area toa depth of over 3 cm in muscle, using either array configuration. With theoretical heating performance exceeding that of existing applicators, these new metamaterial zero order resonator arrays show promise for future applications in large area superficial hyperthermia.