This work studies the correlation between 14-elements of a sub-6 GHz MIMO antenna for mobile terminal, operating in the 3.10 to 3.85 GHz frequency band. Envelope correlation coefficient (ECC) was used to assess the relationship between MIMO antenna elements. A total of 91 ECC values were considered at every frequency point for the 14-element antenna, which was performed under two propagation scenarios: (i) a uniform environment, and (ii) a Gaussian environment. For the latter, three angular spreads (AS) of 20˚, 30˚, and 40˚ and incident angle of every 10˚ in both elevation and azimuth coordinates are considered. The resulting ECC in the uniform environment is below 0.15 over the entire operating frequency band, indicating that the 14 elements are minimally correlated. However, in a Gaussian environment, the ECC is evaluated at 3.25 GHz. For the AS values of 20˚, 30˚, and 40˚. The average number of ECC values below the 0.3 threshold is 48, 67, and 81 out of 91 total ECC values, respectively. Finally, a relation is derived between the number of ECC values below 0.3 and the lowly-correlated number of antenna elements. It is seen that at a wider angular spread of 40˚, the number of equivalent lowly-correlated elements is 12 with 87% from all considered incident wave directions.

This paper investigates the design method, characterization, and innovative uncertainty analysis of bandpass (BP) type negative group delay (NGD) passive cell. The lumped passive topology under study consists of a resistor and a passive RLC-series network. The voltage transfer function (VTF) based circuit theory introducing the BP NGD specification analytical expressions is established in function of the R, L and C lumped component parameters. The BP NGD performance is evaluated by figure of merit (FOM) formula. To demonstrate the BP NGD function, the design method was applied to a proof-of-concept (POC) operating at 125-kHz RFID standard center frequency. The BP NGD theory is validated by both AC simulation and measurement of POC and discrete component-based circuit prototype. Experimental BP NGD results in good agreement with calculation and simulation are obtained with NGD value of -36.77 μs, 8% NGD bandwidth, and an attenuation lower than -9.6 dB. Innovative expressions of BP NGD parameter uncertainties are established versus the POC circuit parameters. The BP NGD specification variations are interpreted with respect to the influence of constituting component uncertainties via comparison between the established NGD uncertainty theory and co-simulated sensitivity analyses. 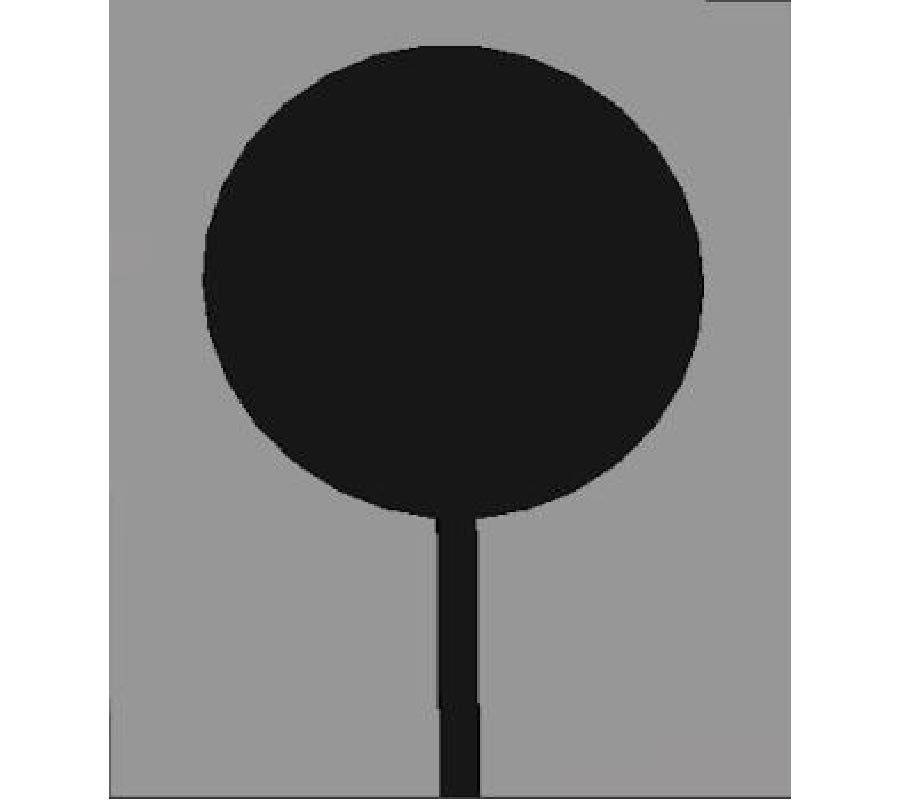 Dipika Sagne and Rashmi A. Pandhare

This paper presents the design of a Super Wideband (SWB) antenna with enhanced bandwidth for microwave application with a detailed parametric study of the methods used to enhance the bandwidth of the conventional antenna. The proposed SWB antenna has emerged from a traditional circular monopole antenna by experimenting with the inscribed fractal structure with a tapered feed line and partial ground plane with blended corners and achieved a super wideband frequency range from 2.31 GHz to 105.5 GHz with a fractional bandwidth 192.1%, Bandwidth Dimension Ratio (BDR) 2154.88. The antenna has a relatively small electrical dimension i.e. 0.33λ0x0.27λ0, where λ0 corresponds to the lower-end operating frequency and exhibits good gain and efficiency characteristics. In order to observe the signal correlation of the proposed antenna, the time domain analysis using similar antennas in face-to-face and side-to-side scenarios has been performed using the EM simulation tool CST-STUDIO. The simulated gain varies from 1.28 to 9.35 dBi. The proposed antenna can be used for S, C, X, Ka, Ku, V and W bands for microwave and millimetre wave applications. The simulated and measured results of the proposed antenna exhibit a good agreement.

An ultra-wideband (UWB) antenna with dual band notched characteristics verified by characteristic mode analysis (CMA) is presented. The intended UWB radiator is etched on a Rogers RT5880 substrate with a size of 29×35×0.764 mm3, operating over a spectrum of 2.66-14.86 GHz with a fractional bandwidth (FBW) of 139%. Dual notched bands at WiMAX (3.01-3.63 GHz) and WLAN (4.48-5.85 GHz) are achieved by embedding L-shaped stubs in the notched rectangular patch. In addition, the two notched bands of the reported antenna are verified by using characteristic mode analysis (CMA) in terms of modal significance (MS) and characteristic angle (CA). The reported antenna's simulated and tested results are well matched to obtain S11, VSWR, stable radiation patterns, a stable peak gain of 2.65 to 3.6 dBi and the maximum radiation efficiency of 97.86% in frequency domain, which makes the intended radiator suitable for portable UWB applications. 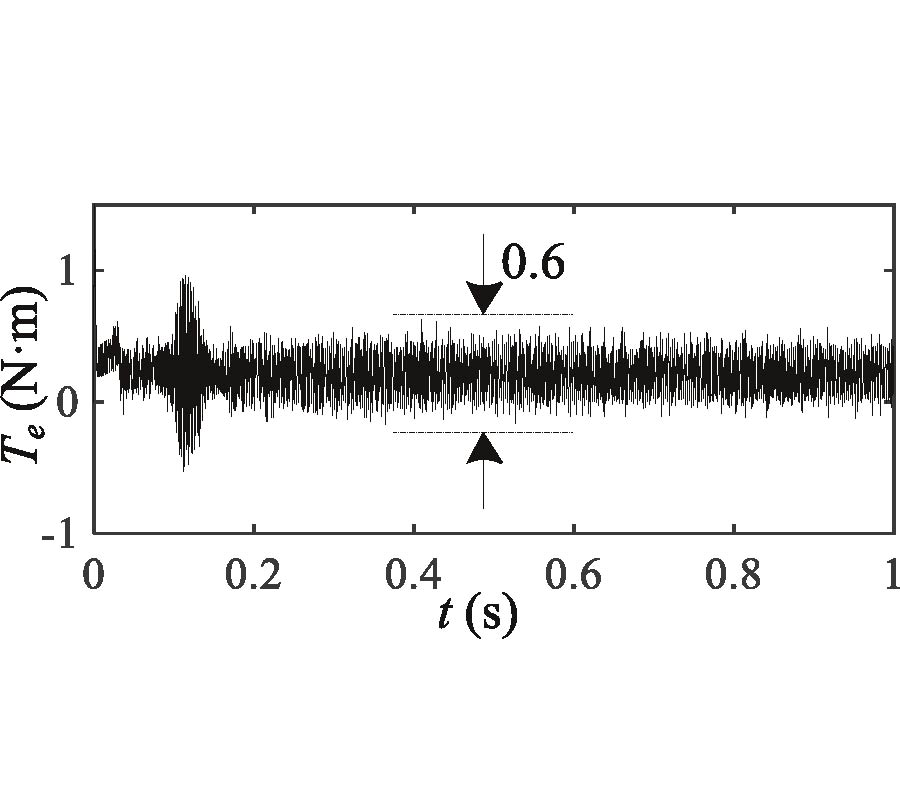 A flux weakening (FW) control method of leading angle for a permanent magnet synchronous motor (PMSM) based on active disturbance rejection control (ADRC) is proposed to solve the problem of large fluctuation of speed, current, and torque in the control process. Firstly, according to the mathematical model of PMSM and its voltage and current constraints, the leading angle FW control algorithm is introduced. Then, according to the ADRC theory and the mathematical model of PMSM, the speed loop ADRC and current loop ADRC are constructed. The controller parameters are combined with the control bandwidth, and the parameter variation ranges are obtained by analyzing the stability of the control system. Finally, the proposed ADRC methods are combined with the leading angle FW control method to realize the ADRC leading angle FW control for PMSM, and the proposed method is verified on the experimental platform. The experimental results show that the proposed method has less speed, current, and torque fluctuations than the proportional integral (PI) controller method, which can effectively improve the motor control performance. At the same time, the controller parameters are combined with the bandwidth, which is convenient for practical engineering application.

This paper presents a comparative study that was done using genetic algorithm, improved particle swarm optimization and the hybrid technique genetical swarm optimizer approaches for the design of one-dimensional photonic crystal selective filters. The three evolutionary methods for synthesizing the geometrical parameters of a fiber Bragg grating structure from its layer thicknesses are proposed and demonstrated. The synthesis of the mono-band 1-D PhC selective filters is designed as a mono-objective problem, and these 1-D PhCs are composed of alternate Si and Air layers with thicknesses on the micron scale. The main contribution of this paper is formed by the solution to this kind of problems. According to the literature, this hybrid methodology genetical swarm optimizer has not been dealt with before, when 1-D PhCs selective filters are considered. Comparison of the GA, IPSO and GSO for the selected set of examples revealed an improvement of paramount importance in terms of error lowering and the number of iteration cycles diminution.

A quad-band (3.5, 5.8, 7.5 & 8.08 GHz), low profile, low Specific Absorption rate (SAR), and circularly polarized (3.5, 7.5, 8.08 GHz) wearable textile antenna (50x30x1 mm3) integrated with a triple-band zero reflection phase Artificial Magnetic Conductor (AMC) surface is presented. The designed standalone antenna exhibits low SAR with 10 mm separation for 0.5 W input power and radiation performance with a gain of >5 dB and Front to Back Ratio (FBR) (<10 dB) at all operating frequencies. The AMC unit-cell is synthesized using PDMS (Polydimethylsiloxane) with footprint of 20×20×1 mm3 to operating at 3.5, 7.5, and 8.08 GHz respectively with in-phase reflection. The designed 3×3 AMC reflector is integrated to improve the radiation performance of the designed antenna with gain to >7 dB, FBR to >10 dB, and withstanding low SAR at increased input power compatibility at separation (d=3 mm) from the body surface. The designed AMC transforms the radiation pattern from omnidirectional to directional with improved FBR, reduced back radiation with low SAR (<0.504 W/kg). The proposed AMC integrated antenna also providing mechanical feasibility in terms of handling the frequency detuning due to bending and the human-body loading feature makes it suitable for wireless body area networks (WBAN) applications.