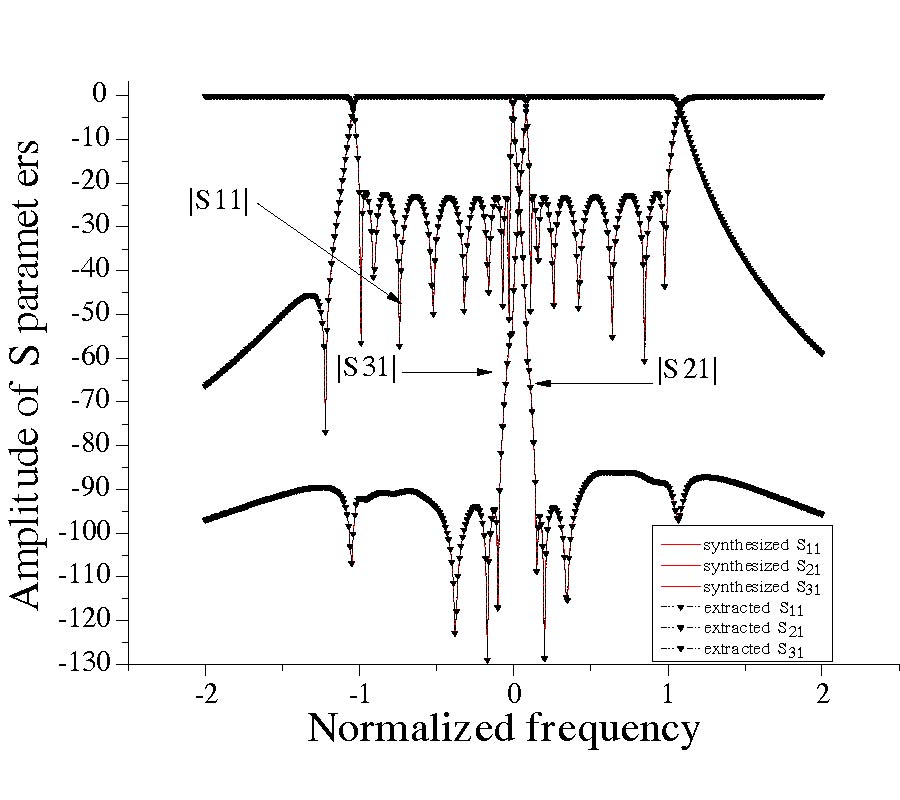 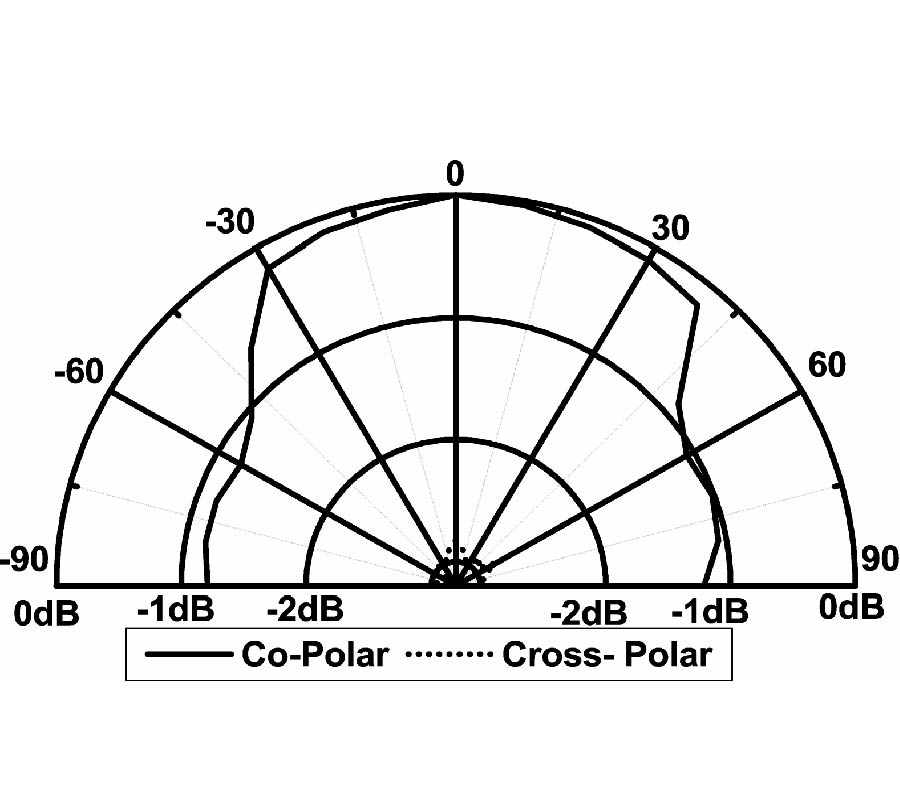 This paper presents the design and development of corner truncated rectangular microstrip antenna comprising U and inverted U-slot for multiband tunable operation, wide impedance bandwidth, and high gain. By incorporating U and inverted U-slots of optimum geometry on the radiating patch the proposed antenna operates between 3 to 12 GHz at different frequency bands and giving a peak gain of 1.73 dB without changing the nature of broadside radiation characteristics, compared to conventional rectangular microstrip antenna. The experimental and simulated results are in good agreement with each other. Design concepts of the antenna are given. The experimental results are presented and discussed. The proposed antennas may find applications in WiMax, HIPERLAN/2, and radar communication systems.

In order to overcome the problems facing Cr-Cu-Au metallization, such as discoloration, diffusion of Cu into Au, a four-layer metallization Cr-Cu-NiP-Au is demonstrated on alumina substrate for microwave integrated circuit (MICs). A amorphous and nonmagnetic NiP barrier layer is used to avoid the diffusion of Cu into Au through the grain boundaries, which are the low activation energy path for diffusion at moderate temperature. In this view, properties of Cr-Cu-NiP-Au metallization, such as sheet resistance, solderability, bondability and adhesion strength, are evaluated. Further integrity of Cr-Cu-NiP-Au structure is evaluated by subjecting to this structure to multiple temperature cycles test. Visual observation is carried our before and after the thermal cycling test. No degradation is observed as the consequence of thermal cycling test. Test and evaluation are carried out for a multi-section broadband power divider (1 : 2) on this metallization (metal thickness 12-12.5 microns) in the 0-6 GHz frequency range. Insertion loss, return loss and isolation are comparable with Cr-Cu-Au (metal thickness 5.0-6.0 microns). Performance of the power divider and properties of this metallization system reveal its novelty over the existing. 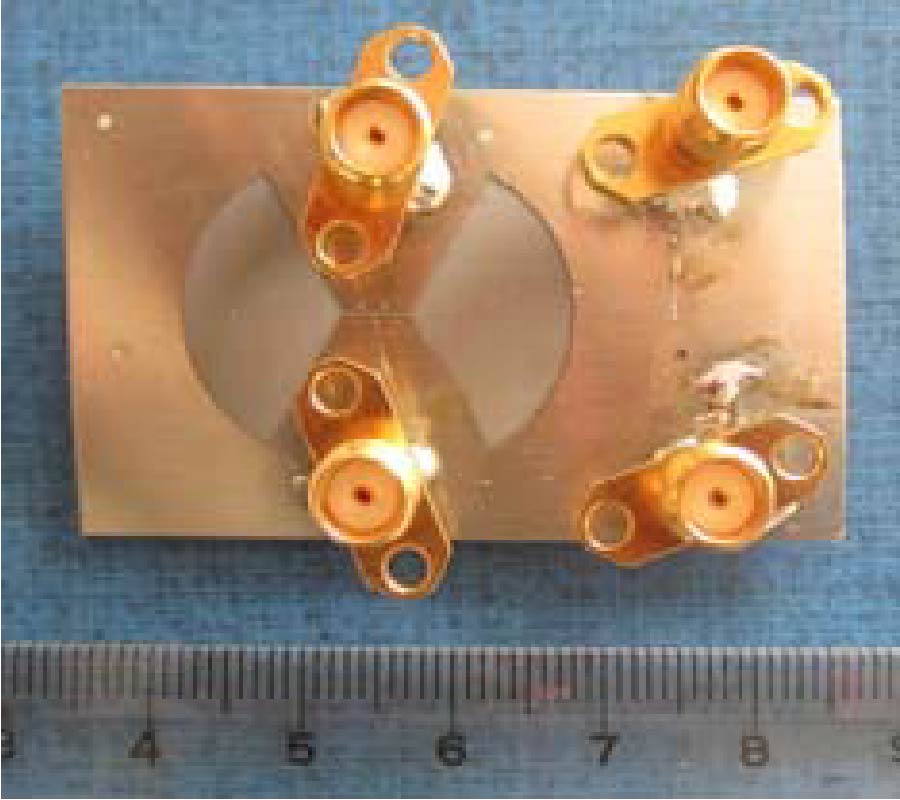 A new wide-band microstrip phase inverter is reported in this paper. Interdigital striplines, defected ground and via holes are used to obtain 180° phase shift. The structure is simple and can be realized with ordinary microwave integrated circuit (MIC) fabrication process. The bandwidth is enhanced largely. A lumped-element model of the phase shifter is devised. The fabricated phase inverter has a bandwidth of 105.6% (2.065-6.682 GHz), with 1 dB insertion loss and a phase deviation less than 10°.

In this paper, an equivalent circuit model for special type of planer transmission lines with defected ground structures (DGS) is presented. This structure has multi stop bands in its frequency behaviour. The proposed circuit is very simple compared to the previously published works. It is considered as simplified form of the model found in [8]. Using sensitivity analysis on model [8], some circuit parameters can be omitted without significant influence on the response of the model. The modified model is easily extracted from the full-wave EM simulations. An excellent agreement is obtained between S-parameters of the simplified equivalent circuit and their counterpart of full wave EM simulators. 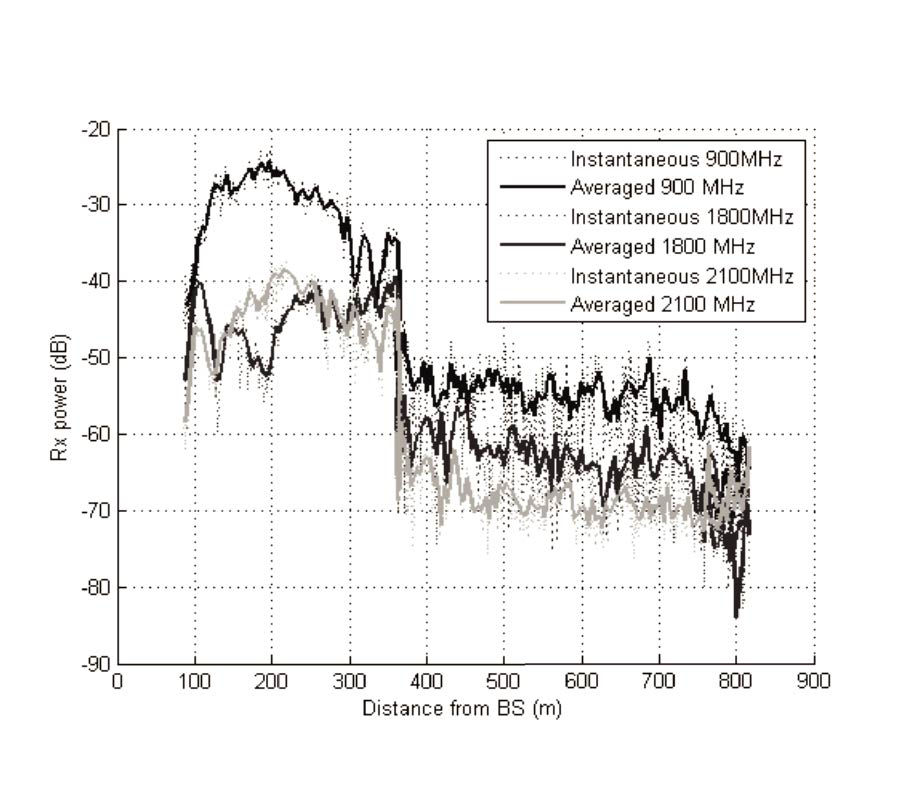 The multi-frequency propagation in urban environment is investigated in this letter. An experimental measurement campaign is conducted to simultaneously measure the GSM-900, GSM-1800 and UMTS band of a cellular system in a suburban environment. The shadowing and small-scale fading parameters are extracted, and the correlation of these parameters across the different frequency bands is measured. It is shown that shadowing coefficients are highly correlated, while small-scale fading is completely uncorrelated between different frequency bands.

Permittivity of Waste-Activated Sludge by an Open-Ended Coaxial Line

The complex permittivity of thickened waste activated sludge (WAS) was measured from 3 MHz to 40 GHz. The solid content of the thickened WAS sample was varied from 4.5% to 18% by weight. The permittivity spectra exhibit features typical of biological tissues that have a high water content. At high frequencies, a Debye type dispersion is observed with a relaxation rate of 19 GHz characteristic of the bulk water in the sample (γ-dispersion). At lower frequencies, the solid content of the samples determines the properties of the permittivity. The onset of the so-called β-dispersion, attributed to the charging of cell membranes, occurs between 10-100 MHz. For samples with higher solid concentrations, a weak dispersion of the real part of the permittivity, characteristic of bound water, was observed at intermediate frequencies (δ-dispersion). 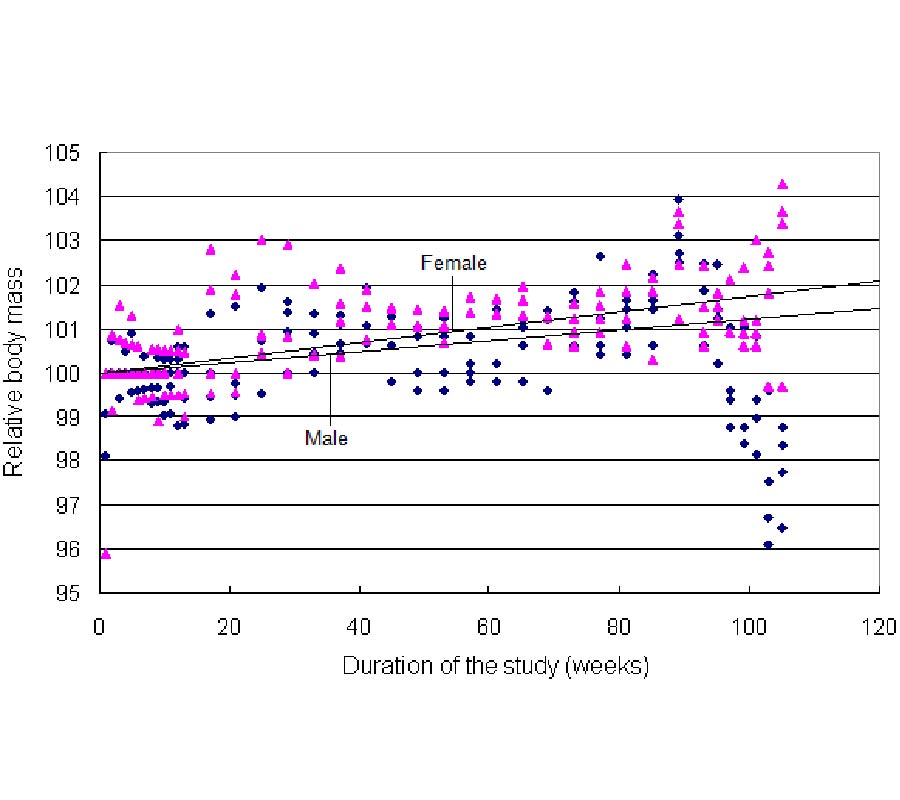 Effects of Power-Frequency Magnetic Fields on Body Mass in Rats: a Pooled Analysis

There is some evidence that exposure of various animals to a power-frequency magnetic field can cause increases in body mass. However, the precise nature of the relationship is not clear, particularly for long-term exposure. To clarify the relationship between long-term power-frequency magnetic field exposure (2 years) and animal body mass, we conducted a pooled analysis of data in two studies to examine the impact of power-frequency magnetic field exposure on body mass as compared with sham-exposed rats of both sexes. Relative body mass was the response variable, and the study duration (in weeks), magnetic flux density ($\upmu$T), and daily exposure time (hours/day) were the explanatory variables with adjustment for the study. We analyzed by sex. The P-value (P) was defined as the probability of having observed our data (or more extreme data) when the null hypothesis was true. In multiple linear regression analyses of male and female rats, performed separately, we obtained estimates of the effect on relative body mass of study duration (coefficients 0.0225 and 0.0201, respectively; both P<0.0001), magnetic flux density (coefficient 0.0002 for males, P<0.0001; coefficient -0.0002 for females, P=0.0015), and daily exposure time (coefficient 0.046 for males, P=0.0007; coefficient -0.072 for females, P<0.0001). Our pooled analysis has shown that there is a possible relationship between duration of exposure to power-frequency magnetic fields and body mass in rats.

Recently, we proposed a wireless ambulatory gait analysis system that provides a high ranging accuracy using ultra-wideband (UWB) transceivers. In this paper, we further investigate the performance of our proposed system including ranging using suboptimal templates, power consumption, and sensor-fusion. We show that the proposed system is capable of providing a 1.1 mm ranging accuracy (1.17 cm for current systems) at a signal-to-noise-ratio (SNR) of 20 dB using suboptimal-based receivers in industry accepted body-area-network UWB channels. For the angular-displacement, our system provides an accuracy that is less than 1o for the knee-flexion angle. This accuracy is superior to the accuracy reported in the literature for current technologies (less than 4o). Finally, we propose the integration of UWB sensors with force sensors. The system performance and design parameters are investigated using simulations and actual measurements. Ultimately, the proposed system is suitable for taking accurate measurements, and for tele-rehabilitation.

This paper presents a novel modified composite right/left-handed (CRLH) unit cell to achieve sharp rejection at 5.8 GHz. Design formulas are theoretically derived and numerically verified. Based on this unit cell, ultra-wideband (UWB) bandpass filters with two and three cells are designed, fabricated, and on-wafer measured. The measurement results show that the CRLH bandpass filter has a rejection of >60 dB at 5.8 GHz, a minimum insertion loss of 1.1 dB, and 3-dB bandwidths of 3.09-4.79 GHz and 3.22-4.61 GHz for the two and three unit cells, respectively.

Experimental Characterization of a Wireless MIMO Channel at 2.4 GHz in Underground Mine Gallery

This paper deals with several aspects relative to the Multiple-Input Multiple-Output (MIMO) propagation channel. Measurement campaigns, made in a real gold mine at 2.4 GHz under line-of-sight (LOS) and non-line-of-sight (NLOS) scenarios, have been analyzed to obtain the relevant statistical parameters of the channel. It was shown that the MIMO exploit the multipath propagation in rich scattering environment to increase the capacity. Hence, the channel is characterized in terms of K-factor, path loss, shadowing, and capacity. Results show a propagation behavior that is specific for these underground environments with rough surfaces.

A novel compact bandpass filter (BPF) with wide upper-stopband has been proposed in this paper. The structure is based on spiral-shaped resonators. Cross coupling is used to generate two transmission zeros at the lower and upper stopbands. Therefore, the out-of-band performance is improved. In addition, two spur-lines are adopted in the feed lines to reject the spurious response. The central frequency f0 of this filter is at 2.45 GHz with a minimum insertion loss of less than 1 dB and a 3 dB bandwidth of 12.5%. Four transmission zeros are located at 2 GHz, 3 GHz, 5.5 GHz, and 8 GHz. The attenuation is greater than 20dB in a wide upper stopband up to 9.8 GHz. 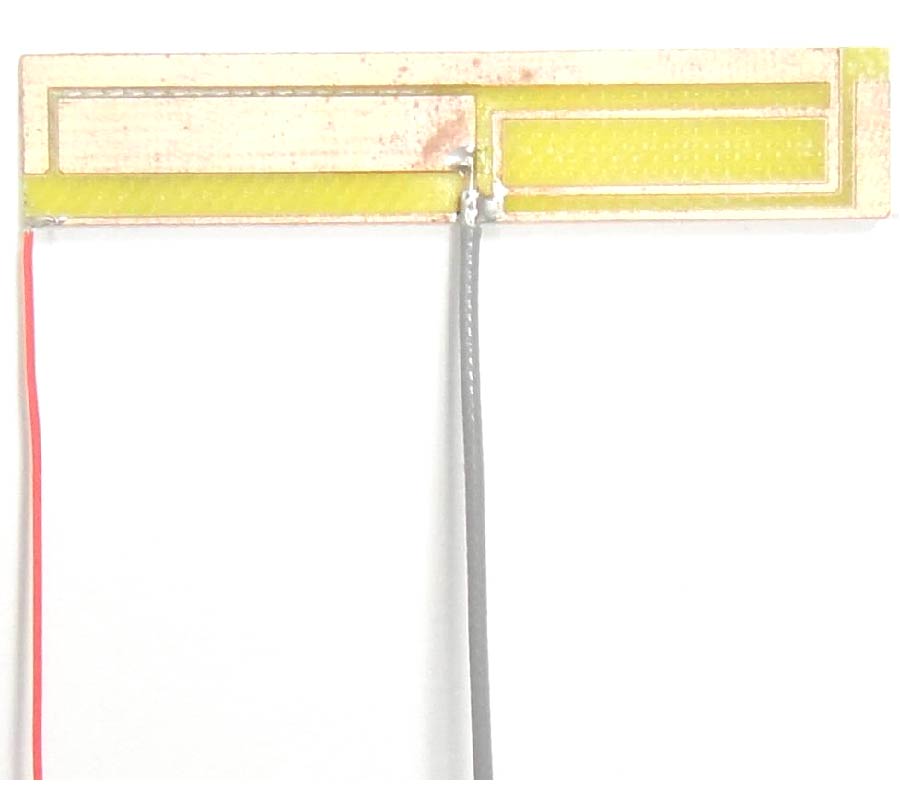 A standalone, printed monopole antenna with a two-branch shorting strip and a grounding wire to achieve a small size and yet multi-band operation for penta-band wireless wide area network (WWAN) operation (824-960/1710-2170 MHz) is presented. The antenna was formed on a low-cost, single-layered dielectric substrate with the dimensions 10 mm×50 mm. By applying the proposed grounding wire and the dual-shorting strip, two resonant modes in close proximity in the antenna's lower band were obtained to cover the GSM850/900 operation. Further, the proposed shorting strip led to two additional, higher-order resonance excitation at about 1700 and 1800 MHz to assist in the formation of a wide upper band to cover the GSM1800/1900/UMTS operation. The proposed antenna also showed good radiation properties. Details of the design are described and discussed in the article. 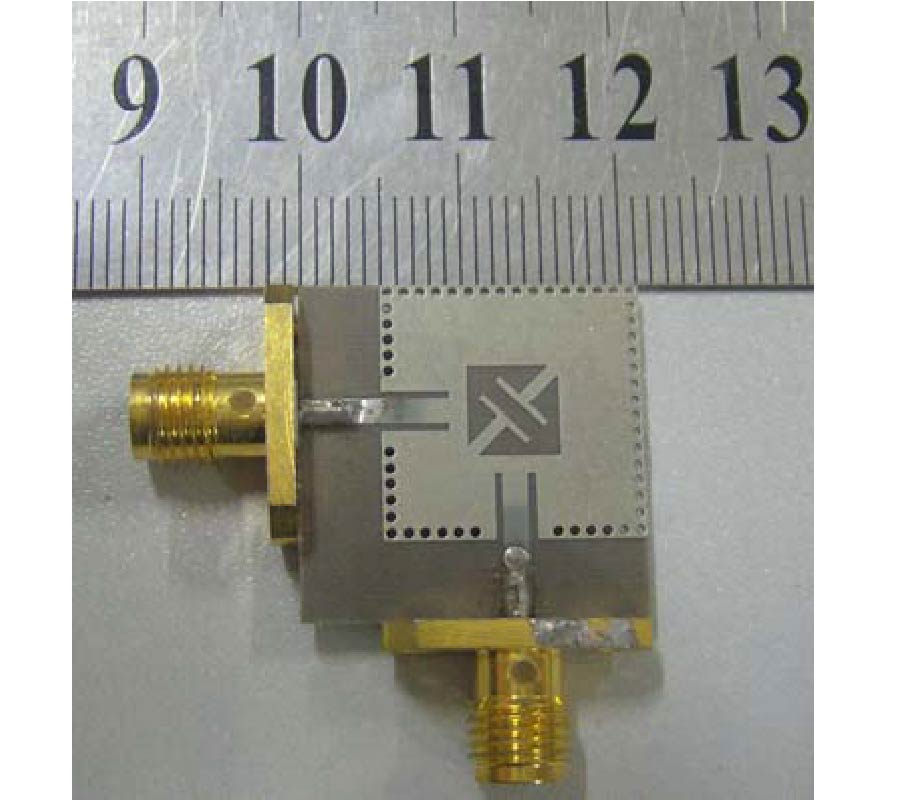 The cosine window function with the parameters optimized by Genetic Algorithm (GA) is applied in bistatic planar near-field scattering measurements so as to effectively improve the measurement precision. With the infinitely long ideal conductor cylinder as the target under test, the bistatic planar near-field scattering measurement technique is studied by the method of computer simulation and some useful results and basic laws are obtained. The calculation results show that the truncation errors caused by finite scan plane in the far-field Radar Cross Section (RCS) of the target under test obtained by near-field to far-field transformation can be reduced greatly by the weighting process of the measured scattered near-field data by means of the cosine window function with the parameters optimized by GA. 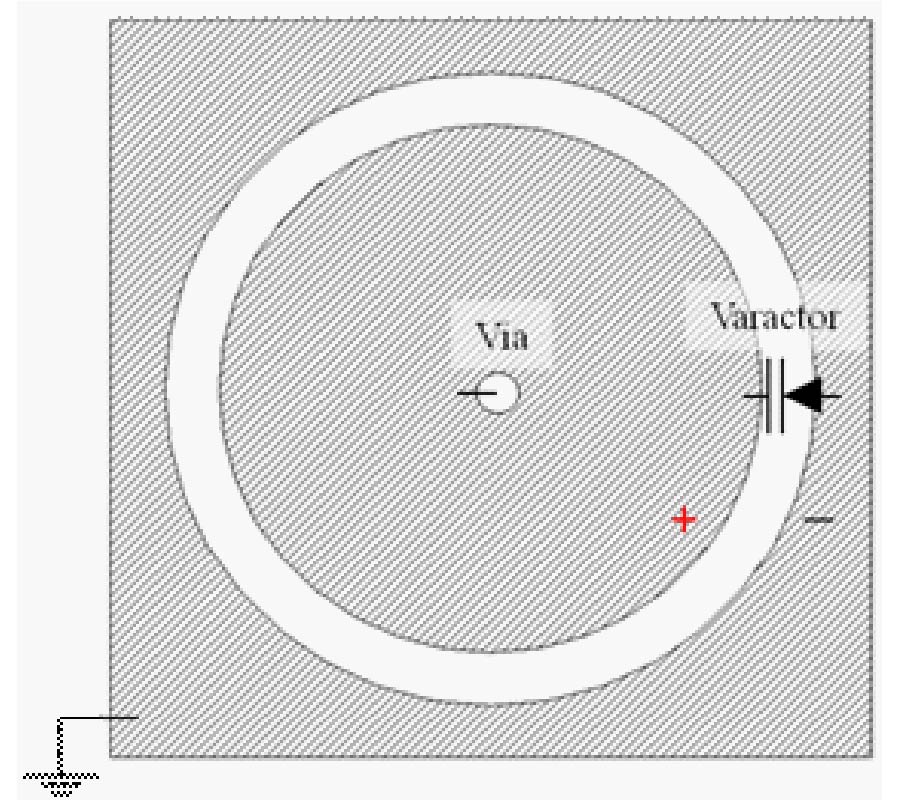 A tunable filtering antenna (filtenna) realized using rings fed with an ultra-wideband (UWB) planar, elliptical monopole antenna is proposed. An array of slotted rings with varactors is placed in close proximity of the planar monopole to obtain the low profile tunable filtenna. The array of rings can be viewed as a small tunable frequency selective surface. The design produces a tuning range of about 3.8-4.4 GHz over a varactor reverse bias voltage of 1-4 V.

A simplified calibration procedure using T-matrix concept is presented for two-port vector network analyzer (VNA) with three measurement channels. Compared with Short-Open-Load-Thru (SOLT) calibration method based on 10-term error model where 10 error terms must be solved and saved at each frequency, the proposed method need define fewer characteristic variables. Moreover, a length-unknown 50Ω line can be used instead of a random single-port standard, for example, substituting Load standard with 50Ω line in SOLT calibration procedure. Via the simplified calibration procedure, the scattering parameters of a two-port device under test (DUT) can be finally obtained. Experimental verification is carried out, and good agreement is observed. 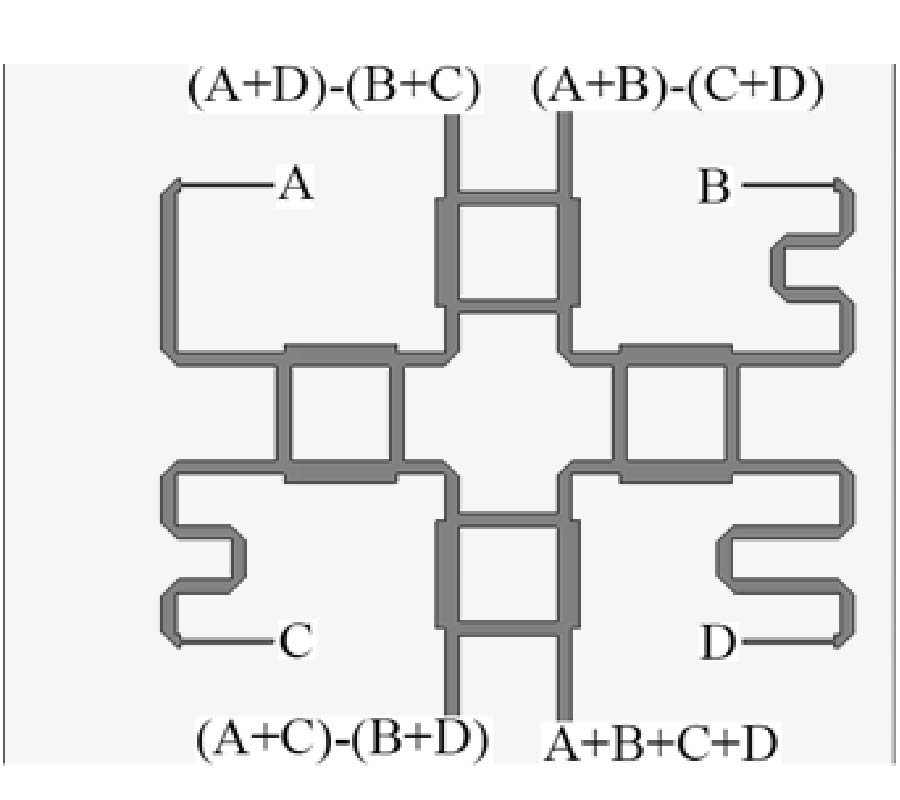 A novel S-band monopulse antenna with four conical helix antennas on a microstrip substrate comparator is designed, fabricated and measured. Conical helix antenna height is 3λ, and comparator size is 130mm×150mm. The bandwidth (SWR <2 dB) of the antenna is 21.3% with an operating frequency range of 2.7 GHz-3.35 GHz. The maximum gain of the sum pattern is 17.4 dB, and the null depths of the difference pattern are less than -30 dB. 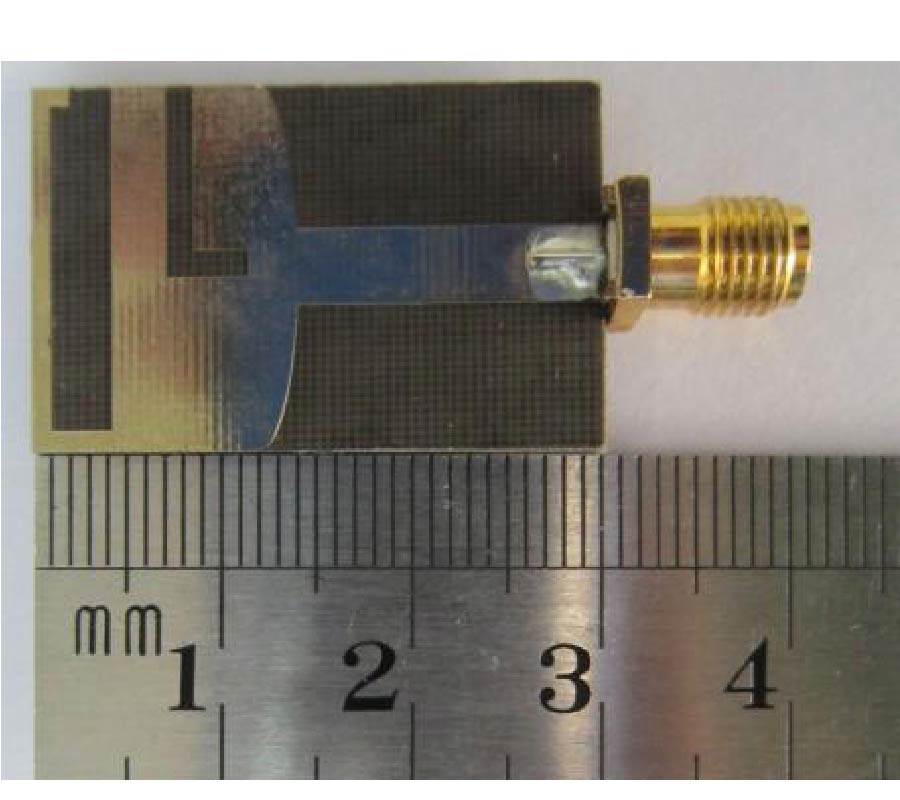 A planar triple-band monopole antenna with a U-shaped stripline and a L slot is presented. The antenna is very compact with a size of 20×30×1.5 mm3 and fed by a 50 Ω microstrip line with a defected ground. The measured -10dB impedance bandwidth of the proposed antenna covers 2.33 GHz-2.51 GHz, 3.25 GHz-3.82 GHz, and 4.83 GHz-8.4 GHz, respectively, which meets the specifications of WLAN 2.4/5.2/5.8GHz and WiMAX 3.5/5.5 GHz. The radiation characteristics shows a monopole-like pattern, and the measured results are in agreements with the simulated ones. 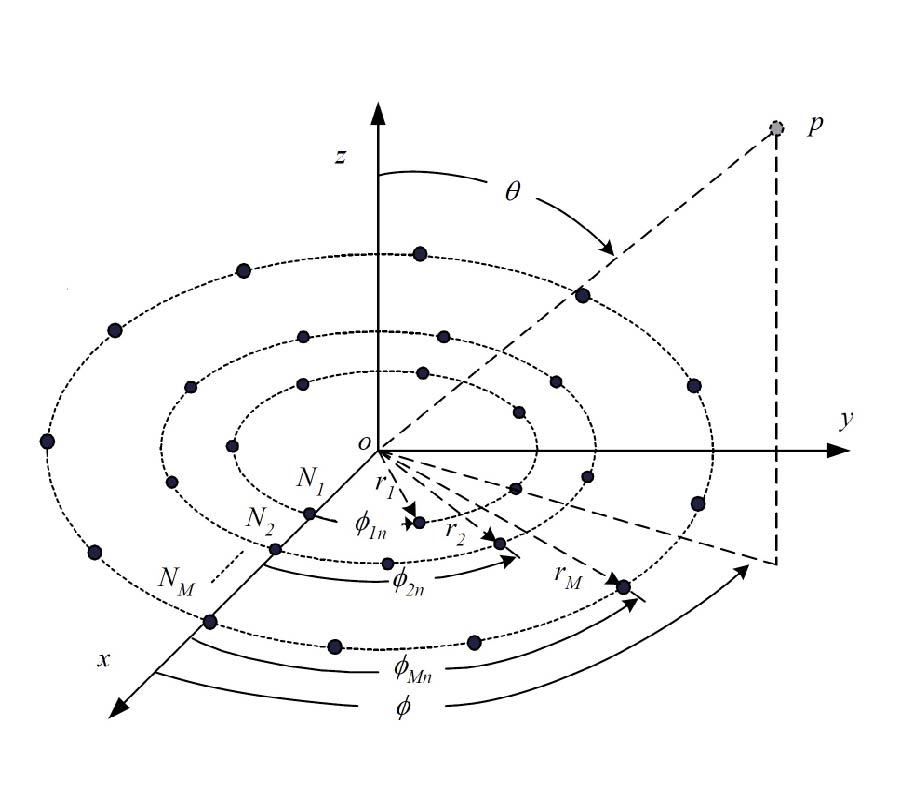 Concentric circular antenna array (CCAA) is synthesized to generate pencil beam with minimum side lobe level (SLL). The comprehensive learning particle swarm optimizer (CLPSO) is used for synthesizing a ten-ring CCAA with central element. This Synthesis is done by finding the optimum current excitation weights and interelement spacing of rings. The computational results show that sidelobe level is reduced to -40.5 dB with narrow beamwith about 4.1o.